A special committee of the House of Assembly has recommended against using public funds to pay more than $100,000 in legal costs that former HOA Speaker Julian Willock incurred while …

END_OF_DOCUMENT_TOKEN_TO_BE_REPLACED 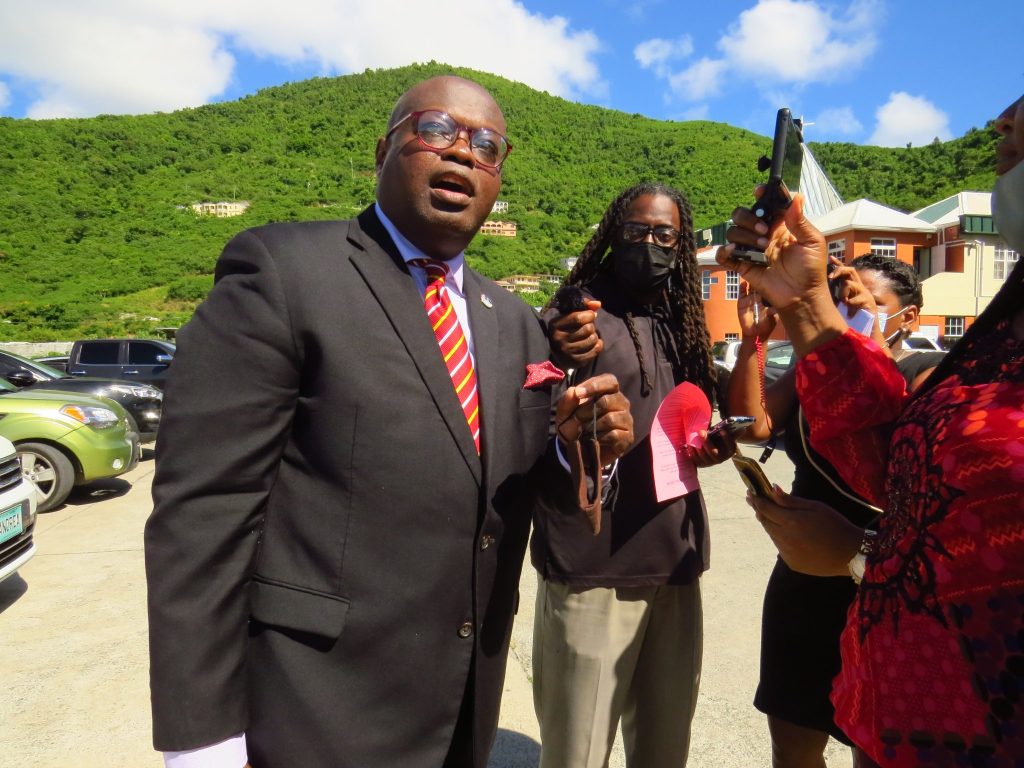 A House of Assembly committee said in a report laid on the table Thursday morning that former Speaker of the House Julian Willock should be responsible for paying legal fees he incurred while trying to block three Commission of Inquiry lawyers from working in the territory. (File photo: DANA KAMPA)

A special committee of the House of Assembly has recommended against using public funds to pay more than $100,000 in legal costs that former HOA Speaker Julian Willock incurred while trying to block three Commission of Inquiry lawyers from working in the territory.

The decision was noted in a committee report that Premier Dr. Natalio “Sowande” Wheatley tabled in the HOA on Thursday morning without offering comment.

The House created the committee on Nov. 4, instructing its three members to determine within two months whether Mr. Willock should pay the fees.

After months of delays, two of the committee members — Chairman Vincent Wheatley (R-D9) and Mark Vanterpool (R-D4), who are both backbenchers in the new cross-party government — met on April 19 and on May 6 in the absence of the third member, Julian Fraser (R-D3), who is now opposition leader.

The committee then completed the report, which is dated Thursday, the same day it was tabled in the HOA.

Mr. Willock had sought an injunction against the COI lawyers — Bilal Rawat, Andrew King, and Rhea Harrikissoon — based on his claim that they were breaching the Legal Profession Act 2015 by acting as legal practitioners in the territory without being called to the Virgin Islands bar.

Although he later withdrew the request and his lawyers argued that government should cover the COI attorneys’ fees, Commercial Court Justice Adrian Jack ruled on Sept. 28 that he should personally pay.

Former Premier Andrew Fahie then introduced a resolution in the House that would have exempted Mr. Willock from paying, but the resolution drew widespread condemnation from the public, with dozens of protesters converging in front of the House on Nov. 1.

The House then created the special committee instead, instructing it to make a recommendation on how to proceed.

“Based on the evidence as provided and the judgement of the learned judge, it is concluded that the speaker should not have brought the proceedings against the lawyers for the COI and he did not have expressed permission to do so on behalf of the House of Assembly,” the report concludes.

The committee found no merit in any HOA agreement to exempt Mr. Willock from the fees and recommended that members give the matter no consideration.

Mr. Willock declined to comment on Thursday, but he directed the Beacon to a May 25 letter to the committee from Silk Legal, the VI firm that filed for the injunction to block the COI lawyers.

The letter, which is included in the committee report, states that former Premier Andrew Fahie instructed the firm “verbally and on multiple occasions” to file for the injunction.

“In fact, we received numerous phone calls directly from the then premier, directing that the matter be filed without delay,” the letter states. “It should be borne in mind that the premier signed the contract under which we acted.”

The letter adds that the law firm Withers, which also represented members of government in the COI, urged Silk to file for an injunction as well.

For full coverage of the report, see the June 2, 2022 print edition of the Beacon.