The policies governing Her Majesty’s Prison are likely to be overhauled soon as lawmakers tinker with comprehensive legislation designed to outline prisoners’ rights and regulate the responsibilities of prison guards. …

END_OF_DOCUMENT_TOKEN_TO_BE_REPLACED 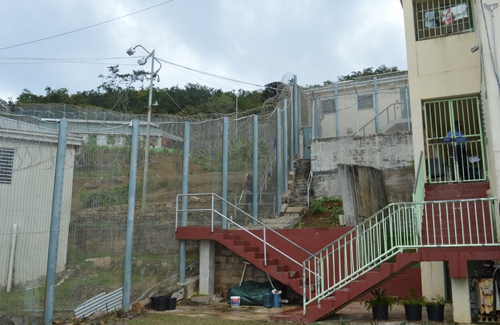 The policies governing Her Majesty’s Prison are likely to be overhauled soon as lawmakers tinker with comprehensive legislation designed to outline prisoners’ rights and regulate the responsibilities of prison guards.

House of Assembly members debated the Prison Act, 2018, on Tuesday, and then went into a long committee session to revise the 26-page bill. They have continued in the closed-door committee stage today.

If passed, the act would repeal and replace the 62- year-old Prison Ordinance (Cap. 166).

“This bill seeks to modernise the territory’s legal framework with respect to the management and security of prisons [and] the safe custody and rehabilitation of prisoners,” Education and Culture Minister Myron Walwyn said on Tuesday as he read from the bill’s “Objects and Reasons.”

The act lays out different human rights protections for prisoners, and it would establish a “Prison Independent Monitoring Board” to inspect those protections.

Board members would have access to every facility, record and inmate in the prison and would be required to complete periodic inspections of HMP, as well as listen to complaints and requests from prisoners, according to a draft of the bill published in the Gazette.

The bill also would make the director responsible for the supervision and management of the prisoners and require the director to be subject to the policy directions of the minister in those areas, according to the draft.

Additionally, the act would empower prison guards to use dogs to help them search prisoners.

Lawmakers have long pledged comprehensive prison reform of this sort: Such an act, along with accompanying rules, was promised in successive speeches from the Throne in 2014, 2016 and twice this year.

During the debate, Health and Social Development Minister Ronnie Skelton rose in support of the bill but argued that it should change the name of Her Majesty’s Prison to the “Virgin Islands Correctional Facility.”

“Give it a meaning that [indicates] you plan to do something,” Mr. Skelton [Rat large] suggested. “Because ‘prison’ carries a negative connotation.”

At the end of the debate, Mr. Walwyn (R-at large) acknowledged the wisdom of Mr. Skelton’s suggestion and promised to address it in the committee stage. Sixth District Representative Alvera Maduro-Caines also rose in support of the legislation but noted that she would prefer the prison to be under the purview of the Ministry of Health and Social Development.

She also thought the legislation should guarantee that inmates receive a “comprehensive handbook” informing them of their rights.

“They’re human beings and their human rights should not be compromised just because they’re in prison,” Ms. Maduro-Caines said. “And I would like to see a handbook developed in order to give the prisoners [an idea of] what they’re up against in prison.”