More than a month ago, the new National Unity Government agreed to work with the United Kingdom to carry out reforms recommended by the Commission of Inquiry — thereby avoiding …

END_OF_DOCUMENT_TOKEN_TO_BE_REPLACED 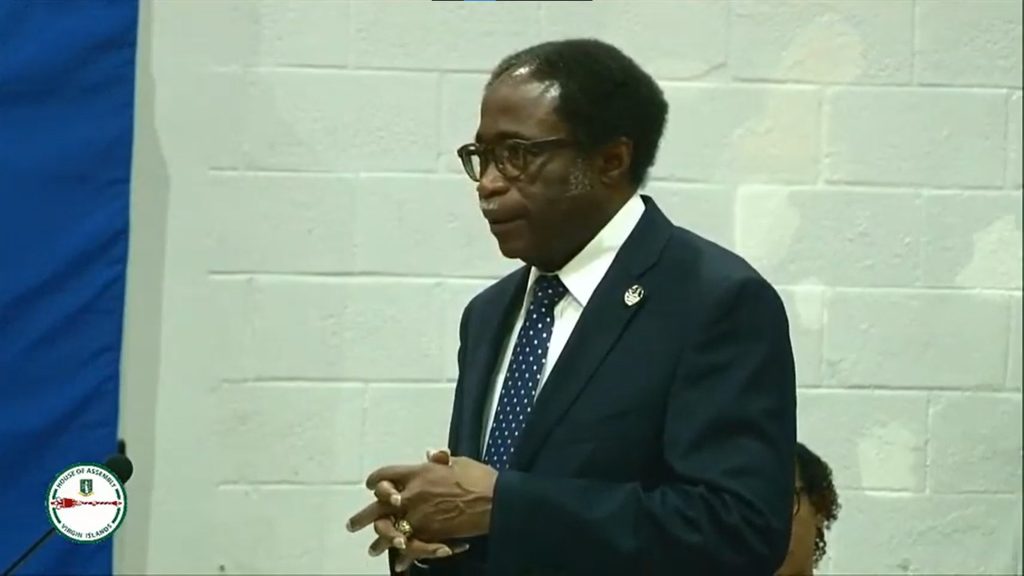 Opposition Leader Julian Fraser moved a motion approved by the House of Assembly to “reject” the Commission of Inquiry recommendation to partially suspend the ministerial government, which was not taken up when the National Unity Government came to an agreement in June to move forward with government reforms. (Screenshot: HOUSE OF ASSEMBLY)

More than a month ago, the new National Unity Government agreed to work with the United Kingdom to carry out reforms recommended by the Commission of Inquiry — thereby avoiding a two-year period of direct UK rule also advised by the COI.

On July 18, House of Assembly members officially denounced the COI’s call for direct rule, passing a motion to “reject” that recommendation “on the grounds that it seeks to disenfranchise the people of the Virgin Islands.”

Opposition Leader Julian Fraser moved the motion, which was seconded by his opposition colleague Carvin Malone and passed late at night on July 18 with seven votes in favour and six absences.

The COI report’s first recommendation — dubbed “A1” — called for the partial suspension of the Constitution, dissolution of the HOA, and cessation of ministerial government for an initial two-year period of direct UK rule under the governor and an advisory council.

But in early June, the UK agreed to set aside Recommendation A1 as long as the VI’s new cross-party government follows through with implementing nearly 50 other COI recommendations over about two years.

Since then, the NUG has been working toward meeting its responsibilities under the agreed framework. So far, it has met most of its deadlines aside from a June 30 target for reforming the Register of Interests, which was missed with the governor’s blessing.

Mr. Fraser’s motion called for a debate on the COI report and explicitly denounced the direct-rule recommendation, which the motion called a “foregone conclusion.”

“To demonstrate our disagreement with Recommendation A1, we reject it on the grounds that it seeks to disenfranchise the people of the Virgin Islands, it is unnecessary, and more importantly, it is undemocratic,” the motion states.

The 1,164-word motion also summarises the struggles VI leaders have overcome in establishing their own government.

“It appears that the commissioner in reaching his conclusion disregarded the historical march of the people of the Virgin Islands through time as they advanced from being chained in the bellies of ships through slavery to self-government over centuries, with a modern Constitution Order, 2007 that promises through agreement with the UK government a path to self-determination,” the motion states.

When bringing the motion, Mr. Fraser said he didn’t understand how COI Commissioner Sir Gary Hickinbottom, a British judge, could purport to know this community’s needs and aspirations better than its elected leaders.

Premier Dr. Natalio “Sowande” Wheatley said he supported the debate because “if we do not uphold the principles of democracy, then our fight is in vain.”