The House of Assembly passed a bill on Sept. 23 to merge the territory’s airport and seaport authorities into a new statutory body responsible for border management. But Premier Andrew …

END_OF_DOCUMENT_TOKEN_TO_BE_REPLACED 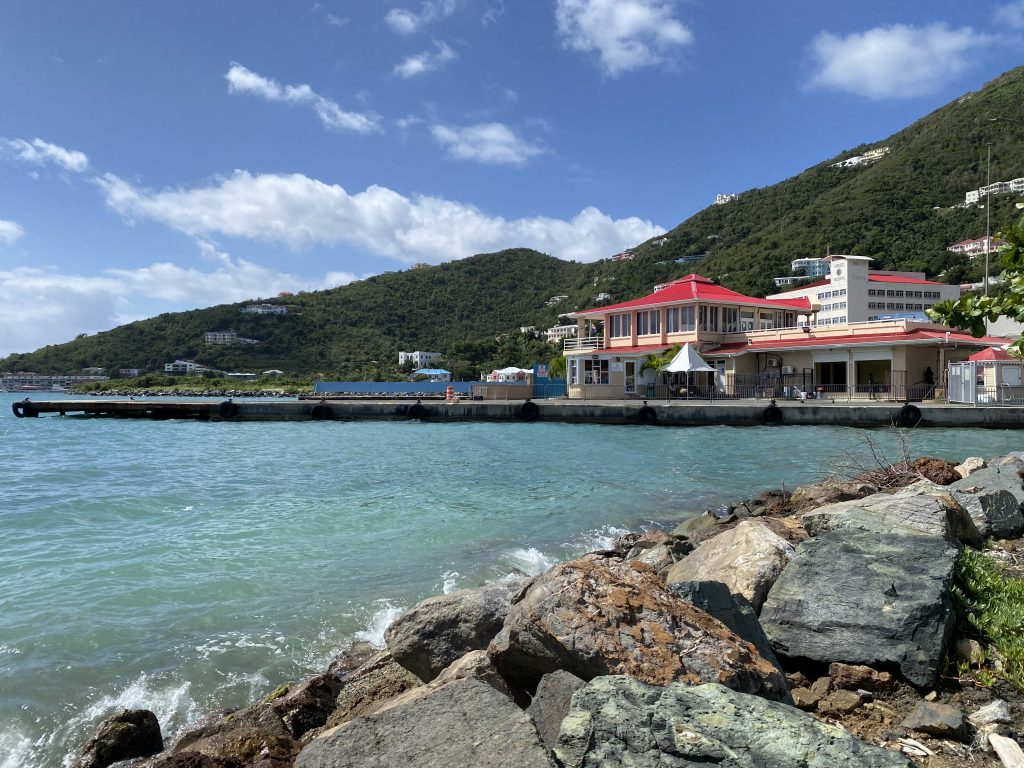 Management of the Virgin Islands’ seaports and airports may soon fall under one roof with the passage of a bill to unite them on Sept. 23, though Premier Andrew Fahie said the change won’t happen immediately. (File photo: DANA KAMPA)

The House of Assembly passed a bill on Sept. 23 to merge the territory’s airport and seaport authorities into a new statutory body responsible for border management.

But Premier Andrew Fahie said the union wouldn’t be immediate, as the two authorities will need time to figure out how best to combine forces while ensuring no jobs are lost.

Mr. Fahie said in the HOA that the idea for the merger came about shortly after his administration took office in early 2019, and the new government observed agencies working in “silos.”

He said one goal the administration set was to improve consistency, coordination and communication across the public service. “Even though the ports and airports authorities are well functioning statutory bodies, the present era demands that they be configured to optimise,” he said.

The Virgin Islands Air and Sea Ports Act, 2021, which passed with amendments on Sept. 23, would repeal the Airports Act 2003 and amend the BVI Ports Authority Act 1990 if the bill receives assent from the governor.

Under the bill, a board of directors consisting of seven to nine voting members and three ex-officio members would oversee the management and finances of the new authority. The premier said government is currently interviewing for the recently advertised new board member positions.

In Cabinet, members saw only benefits to the merger, Mr. Fahie said. Operations would be cheaper under one umbrella, and there were no obvious adverse legal implications, he added.

National security should improve as well, he said, as greater coordination should allow the ports to more effectively share information and implement new safety measures.

Deputy Premier Dr. Natalio “Sowande” Wheatley, speaking in support of the bill, said his experience with the National Security Council showed him the importance of collaboration among the territory’s law enforcement agencies.

Besides being more efficient, the new authority will benefit from operating under a shared vision, he said.

Especially given the territory’s reliance on imports and tourism, he said, efficient port services are necessary.

He added that they will be even more important in the future as the VI seeks new export opportunities throughout the region.

Dr. Wheatley also congratulated the authorities for finding a way to continue working even with the decrease in travel and therefore revenue during the worst of the pandemic.

Last week, however, Dr. Wheatley said, “Covid has been quite brutal on our airports and our seaports because of the decrease in visitors, and in some of the challenges we have all over the world because the impact on the supply chain has led to some increases in costs.”

Opposition Leader Marlon Penn supported the bill in principle but called for consultation with experts from both authorities on issues like international regulations and the finance framework to support the new entity.

Mr. Penn said he especially wanted experts to weigh in on how the merger might affect compliance with Air Safety Support International regulations, which require that staff with certain skill sets are present to run airport facilities.

Looking at how the new authority would be financed under the bill, Mr. Penn pointed to one section that allows the authority to borrow or raise money by issuing debenture stock. The authority would also be allowed to overdraft and borrow money from the government in order to carry out its functions, and the minister of finance would have the power to set the maximum total amount to be borrowed or raised.

“That is something I’ve never seen in any of the other statutory organisations,” Mr. Penn said. “It suggests some level of privatisation of the authority, because you’re talking about issuing stocks and issuing shares, and allowing ports to invest in these stocks and shares and raise capital.”

Mr. Fahie responded that such details of the merger would be a “policy decision by the sitting government” that would be worked out in the coming months.

He disagreed with the assertion that the bill was privatising the authority in any way, but he said government planned to review the section in closed-door committee to ensure the language is clear that the body is not being put in the control of foreign investors. He added that he didn’t anticipate any issues with abiding by ASSI and the International Ship and Port Facility Security Code recognised by the seaports.

The House recessed after passing the bill, and Speaker of the House Julian Willock said it would resume on a date to be determined next month.