In a move that legislators said was part of a larger push for governance reform, the House of Assembly passed a law that will establish a watchdog appointed by the …

END_OF_DOCUMENT_TOKEN_TO_BE_REPLACED 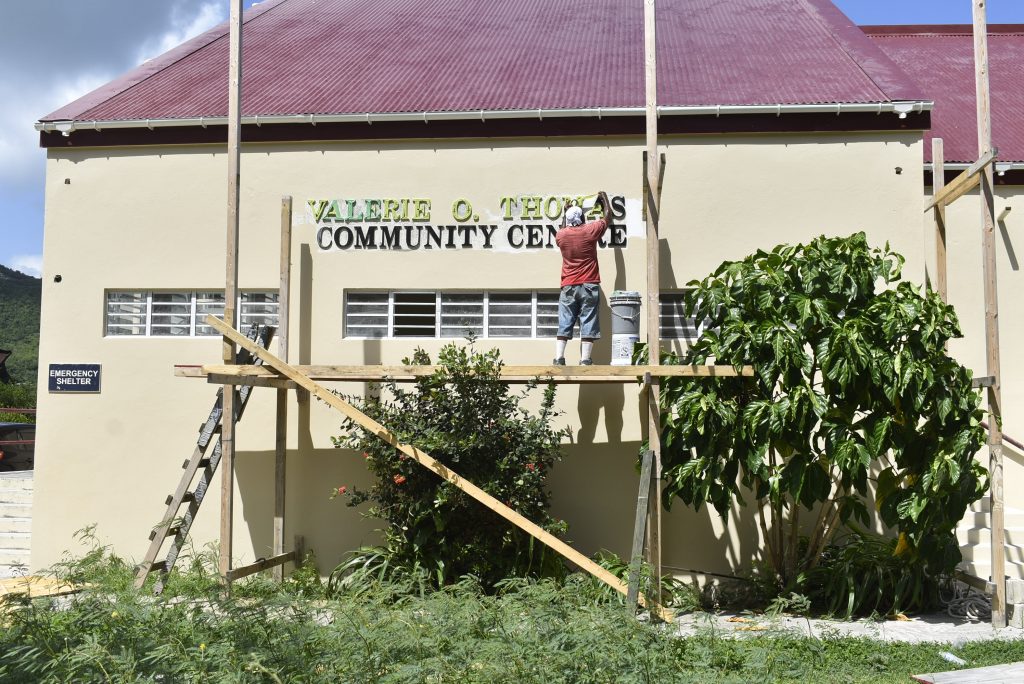 A worker at the Valerie O. Thomas Community Centre in Sea Cows Bay paints letters atop a scaffold- ing on Monday. A bill passed through the House of Assembly last Thursday will create a watchdog for government contracts. (Photo: ZARRIN TASNIM AHMED)

In a move that legislators said was part of a larger push for governance reform, the House of Assembly passed a law that will establish a watchdog appointed by the premier to help monitor government contracts.

The Contractor General Act 2021, which now awaits Governor John Rankin’s assent, passed last Thursday with amendments that have not yet been Gazetted.

“Your government has brought [the act] not because we were forced to do so by anyone, but because this is part of our sacred covenant,” Mr. Fahie said. “We promised to bring the legislation if we were elected to office.”

As other examples of his government’s work to improve governance, he also cited a whistleblower law passed the same day and an Integrity in Public Life Act that has recently been discussed at a series of public meetings.

In March, the premier told the HOA that the office created by the bill would ensure “balance and fairness in the receiving of government contracts,” and it would be empowered to “look into any kind of concerns with how persons may have received government contracts, and to make sure it is being done in a most prudent manner that will not contradict the auditor general nor the complaints commissioner nor even the police.”

Under the initially Gazetted draft of the bill, the premier would appoint the contractor general acting on recommendations from opposition and Cabinet members.

The contractor general would also be tasked with developing appropriate policy guidelines for contract awards and evaluating contractors’ performance.

Additionally, the office would be empowered to oversee the suspension or revocation of any prescribed licences.

Public bodies would have a 14-day window to appeal decisions made by the contractor general to a five-member appeal tribunal created under the act.

Under the proposed law, the contractor general would get access to information on contract awards and any changes made to them during the course of a project.

Through a magistrate warrant, the contractor general would also be empowered to seek access to relevant book-keeping records, any premises included under the contract, and more.

Additionally, the bill would allow the contractor general to start an investigation based on observations or on tips from other people.

Though governors in the VI typically have pushed for governance reforms in the territory, Mr. Rankin expressed reservations about the bill in the governance statement he recently submitted to the Commission of Inquiry.

“The contractor general draft legislation currently before the House of Assembly, designed to monitor the award and implementation of government contracts, is of questionable necessity,” he claimed in the statement, which was published by the COI on Monday. “But at a minimum, it should be redrafted (a) to similarly avoid cutting across existing independent institutions and accountability mechanisms and (b) stipulate an appointment and removal system for the contractor general which provides clear independence.”

Since the amended bill is not yet public, it is unclear if the HOA made such changes to the initial draft.