On June 30, legislators missed their deadline to make the Register of Interests public and establish penalties for violating declaration rules. On July 21, however, they passed a bill to …

END_OF_DOCUMENT_TOKEN_TO_BE_REPLACED 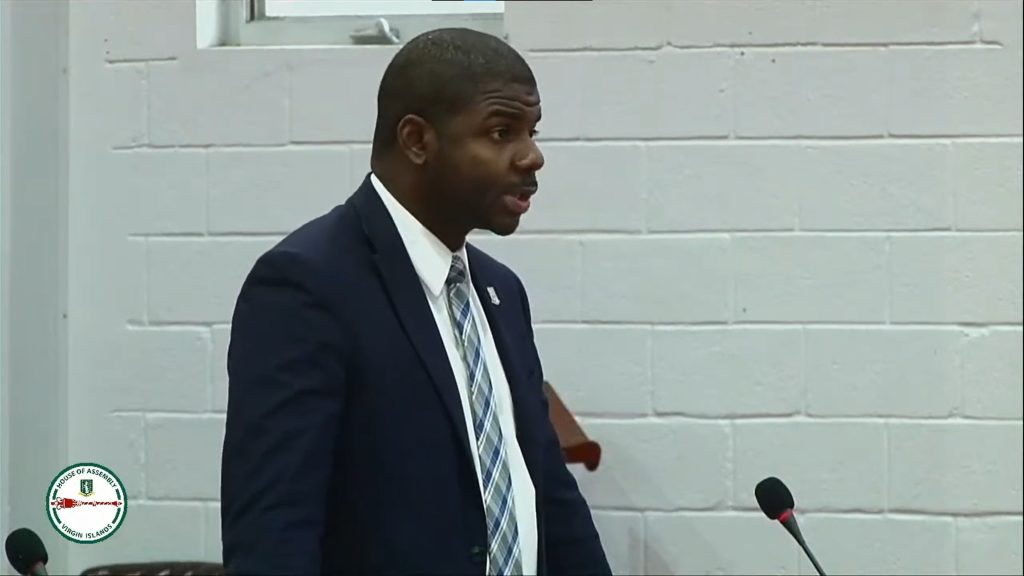 Premier Dr. Natalio “Sowande” Wheatley brought a new bill concerning the Register of Interests to the House of Assembly on July 21, which passed. If it receives assent, the declarations of HOA members would be made public. (Screenshot: HOUSE OF ASSEMBLY)

On June 30, legislators missed their deadline to make the Register of Interests public and establish penalties for violating declaration rules. On July 21, however, they passed a bill to get the job done.

“We all are well aware of the criticism of members of the House of Assembly not declaring on time,” Dr. Wheatley acknowledged when introducing the new amendment on July 21. “It’s been a subject of public debate whether such a register should be public, and whether it’s effective if it’s not public.”

A previous version of the bill, which would have required senior public officers to declare their interests, was tabled on June 30 but withdrawn on July 14 following widespread protests from the Virgin Islands Civil Service Association and others.

The new bill — which was expedited through the HOA in one sitting on July 21 — was not Gazetted before the Beacon’s print deadline on July 27, but Dr. Wheatley said the main difference between the two versions is that the new one applies only to HOA members.

Deputy Premier Kye Rymer said caveats would be added in the bill’s committee stage to protect against “malicious intent” harboured by people viewing the register.

Other HOA members also voiced their approval for the new version, and the bill passed through committee with amendments and now awaits assent from the governor.

During the recent Commission of Inquiry, COI Commissioner Gary Hickinbottom called attention to legislators’ repeated failures to disclose their interests over the years. His report found that HOA members largely ignored repeated reminders, breaching the 2006 Register of Interests Act at least 90 times between 2011 and 2021.

Under the reform framework agreed with the United Kingdom after the COI report was published in April, Dr. Wheatley’s government agreed to pass legislation by June 30 to make the register public and implement penalties for noncompliance.

To that end, the premier introduced the VI Register of Interests Act, 2022 on June 30 and planned to fast-track it through the House in one sitting. However, it didn’t pass that day. And instead of then bringing the bill to a vote on July 14 as planned after a recess, Dr. Wheatley withdrew it, citing concerns about public officers’ privacy.

The VI Civil Service Association took issue with the bill in a statement released July 13, citing a lack of consultation, especially considering that senior public officers would have to make the same public financial declarations as elected HOA members.

Though Sir Gary recommended that eventually “all persons in public life” be required to declare their interests, that measure was not among the requirements included in the reform framework agreed by the UK and VI governments.

Dr. Wheatley said on July 14 that the inclusion of public officers should be debated, and more time was needed for the community to consider how best to do so while protecting the right to privacy.

House members ultimately voted in favour of withdrawing the previous version of the bill on July 14.