“This is a game-changer,” Premier Andrew Fahie said of a pair of trade-based bills that passed the House of Assembly this week. The Consumer Protection Act, 2020 — a law …

END_OF_DOCUMENT_TOKEN_TO_BE_REPLACED 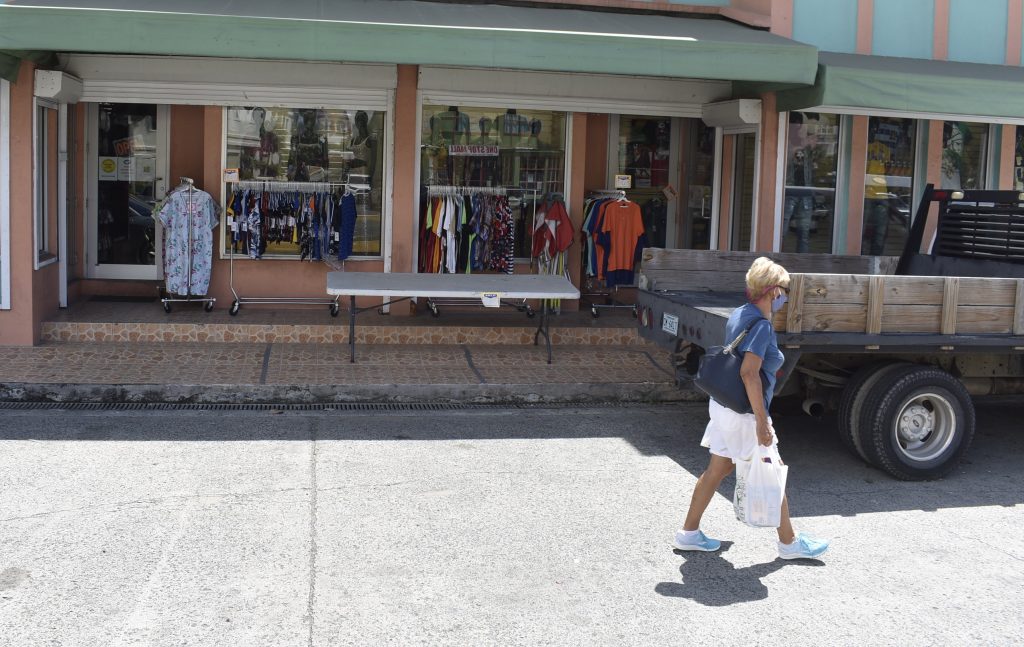 “This is a game-changer,” Premier Andrew Fahie said of a pair of trade-based bills that passed the House of Assembly this week.

The Consumer Protection Act, 2020 — a law that successive governments have been promising for decades — aims to safeguard the interests of consumers “to ensure protection of life, health and safety of consumers,” according to the text of the bill, which the HOA passed on Monday.

Though price gouging after Hurricane Irma was one of the main motivators behind government’s decision to revisit the bill last year, the act focuses on much wider reforms as well, officials have said.

Besides protecting consumers from price manipulation, the act demands greater accountability from businesses in record-keeping, requires shops to display the prices of goods and services, bans deceptive representations, and levies criminal penalties for certain violations, among many other provisions.

“The commission will follow the steps laid out in the Consumer Protection Act as it relates to penalties, advising parties and follow-through processes,” Mr. Fahie said. “This is part of a portfolio of legislation that together will reshape the economy and business environment in the BVI, and prepare the territory to become more competitive on the global level.”

In May 2019, Cabinet approved the updated act after previous efforts to enact consumer protection laws stalled.

Mr. Fahie — who became premier when his Virgin Islands Party won the February 2019 election — credited Opposition Leader Marlon Penn with advocating for the legislation when he was junior trade minister under the former National Democratic Party-led government.

“There were members with him that didn’t believe in it, [but] those that had [a conflict] are gone,” Mr. Fahie said during an April 25, 2019 sitting of the House. “The people of the Virgin Islands will get what they deserve: They will get protection from the people who are not doing what they are supposed to do with them, with the prices.”

The Attorney General’s Chambers drafted consumer protection legislation in 2004 and revised it again in 2011 and 2013, though it stalled repeatedly, Attorney General Baba Aziz said in August 2018 after Mr. Penn implied that he might be the reason for the delays.

The act has since appeared on a number of order papers but never passed. Now, more than a year since its latest revival last year, the act has passed the House, though it includes amendments that won’t be publicly available until the law is Gazetted following the governor’s assent.

On Friday, Mr. Penn described the two laws passed this week as a “labour of love for a lot of individuals.”

On Monday, the premier said, “The people of the Virgin Islands now can be protected during disasters, pandemics and other catastrophic events from price gouging.”

Also on Monday, Mr. Fahie spoke in support of the VI Trade Commission Act, 2019, which he had brought forward on Friday for a second and third reading.

The act establishes a Trade Commission as a statutory body which would be responsible for promoting business, trade, investment and consumer affairs.

“Whether we like it or not, the BVI cannot continue to ignore the reality that today’s business environment is global,” he said. “The BVI can either continue trying to play catchup, or we can develop and embrace a strategy for jumping ahead and gaining an international foothold as we find new and innovative ways to navigate new and uncharted territory.”

Members went to committee on the bill late Friday night. When they reconvened on Monday, the act passed with amendments.

Deputy Premier Carvin Malone fast-tracked the latter for second and third readings as well, and after returning from a committee of the whole House, the act passed with minor amendments.

The proposed arbitration amendment addresses the fees and expenses of a tribunal.