A proposed new procurement law is designed to promote international commerce while ensuring that the government’s contractor selection process is transparent and fair to Virgin Islands businesses, according to Premier …

END_OF_DOCUMENT_TOKEN_TO_BE_REPLACED 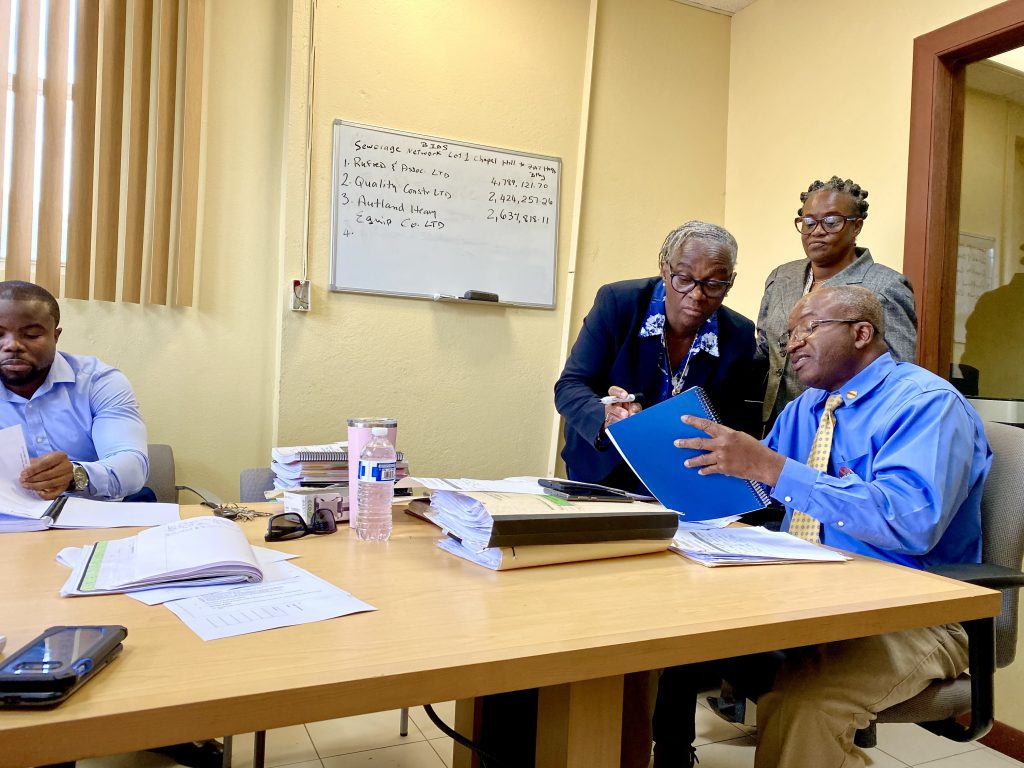 A proposed new procurement law is designed to promote international commerce while ensuring that the government’s contractor selection process is transparent and fair to Virgin Islands businesses, according to Premier Andrew Fahie.

Mr. Fahie brought the Public Procurement Act, 2021 for a second reading on Nov. 1 in the House of Assembly, and legislators debated it before heading into closed-door committee for the remainder of the day’s proceeding.

In recent months, the ongoing Commission of Inquiry has been highly critical of the government’s procurement methods, raising concerns about practices such as widespread contract splitting and tender waivers.

But Mr. Fahie said on Nov. 1 that the Public Procurement Act and other good-governance measures working their way through the House had been in the works since before the COI.

The bill is designed to “provide for the fair, equal and equitable treatment of all tenderers,” according to a draft published in the Gazette.

To that end, it would “foster and encourage participation in public procurement proceedings by tenderers regardless of nationality, thereby promoting international trade.”

At the same time, however, it would also seek to “ensure that BVI tenderers are provided with ample procurement opportunities in order to encourage and support national development,” the draft states.

The bill would repeal part of the Public Finance Management Act 2004 but keep a five-member Central Tenders Board chaired by the financial secretary to review tender evaluations; make recommendations to Cabinet on projects; register classified companies; make policy recommendations; keep abreast with worldwide environmental and sustainability development standards; and work to eventually turn procurement into a digital process, among other responsibilities.

“There is no question that your government, all members of this House on both sides of the aisle, and the members of the public — especially those who provide goods and services to the government and to the various state agencies — all want a procurement system that is fair, that is transparent and promotes value for money whilst empowering local contractors and businesses to be successful,” the premier said on Monday. “We all want a procurement system that we can have confidence in.”

He noted that the legislation has been in the works across multiple administrations.

In June, the House also passed the Contractor General Act 2021, which would create an independent office to oversee and investigate how government contracts are awarded.

That bill, however, has not yet received assent from the governor.

During Monday’s debate, lawmakers stressed the importance of ensuring that VI contractors have adequate opportunities to compete for tendered projects and have access to resources that will help them grow enough to bid on larger contracts.

The proposed law requires state-owned enterprises to “ensure that BVI tenderers are provided with ample procurement opportunities in order to encourage and support national development.”

Junior Minister for Trade and Economic Development Shereen Flax-Charles said this support should start at an early stage, including programmes for high schoolers interested in learning more about architecture and construction.

Under the proposed law, the government would be able to seek goods and services using various approaches based on the size and complexity of the project.

The bill sets out specific conditions for when each procurement method should be used.

The bill also makes special provisions for relaxing certain rules to allow single-source procurement in the event of a natural disaster, public health emergency, or other exceptional circumstance.

Such special procurements should “be limited to the period of the emergency,” according to the bill.

As of Beacon press time yesterday, the bill had not yet to come for a vote in the House, but every representative who spoke on Monday lent their support.