Despite concerns raised by some community leaders and members of the House of Assembly, legislators unanimously voted to legalise gambling in the territory, paving the way for lotteries, casinos, horse-race …

END_OF_DOCUMENT_TOKEN_TO_BE_REPLACED 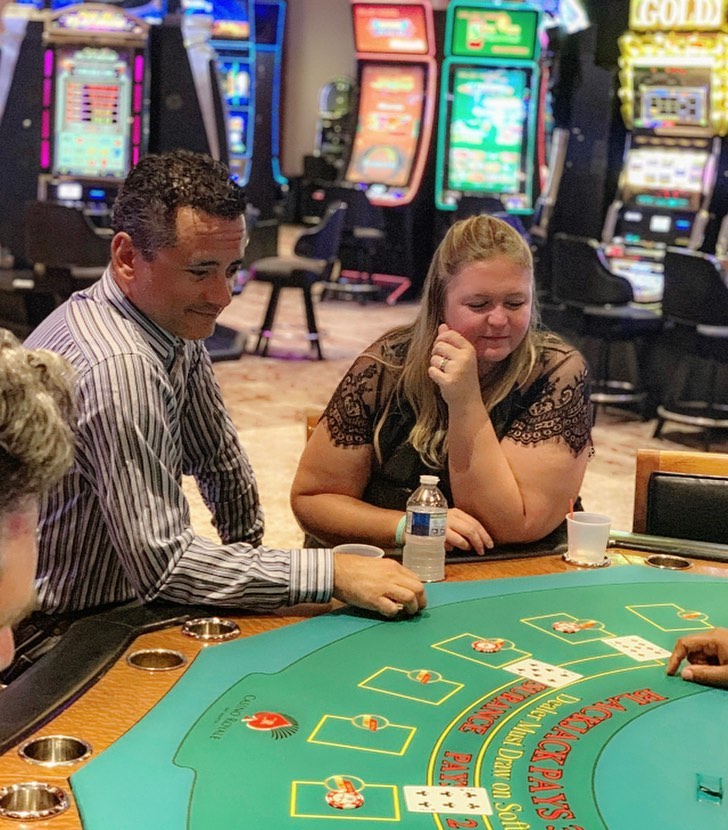 Despite concerns raised by some community leaders and members of the House of Assembly, legislators unanimously voted to legalise gambling in the territory, paving the way for lotteries, casinos, horse-race betting and the “full gambit,” as Opposition Leader Marlon Penn put it.

After debating the bill on June 16 and considering it in depth during a closed-door meeting two days later, the House passed the Virgin Islands Gaming and Betting Control Act, 2020 with amendments June 18 during the ninth sitting. The legislation — which now awaits Governor Gus Jaspert’s assent — was previously titled the Gambling (Gaming and Betting) Control Act.

The bill lays out a comprehensive framework for regulating various forms of gambling, such as pool betting on horse races, machines in casinos, and lotteries.

“As a territory, we have always been pressed to look at the question of ‘How do we finance our needs?’” said Premier Andrew Fahie, who presented the bill for a second reading on June 11. “Periodically, government has made decisions to put effort into particular areas, and to go in certain directions for economic development, and those avenues have served us well.”

Though a gambling industry probably won’t be as robust as financial services and tourism, the premier said it could work in conjunction with proposed investments in medical marijuana, exporting and entrepreneurship.

The bill also facilitates online gambling, which drew some concern about how the VI could regulate the practice. But the premier said growing digital economic opportunities will be especially important in a post-Covid-19 world.

Members of government praised the bill during debate for regulating a practice they said is already widespread in the territory despite being illegal.

Deputy Premier Carvin Malone argued June 18 that the territory either must stamp out illegal betting or legalise and regulate it.

“Each of the members here have cited the fact that it exists,” he said.

The legislation would establish a commission responsible for controlling and enforcing legal gambling operations, and impose strict criteria for getting a permit to work in the sector.

This commission would grant licences for operating gambling establishments; offer recommendations about regulating the gambling industry; collect fees and levies from licence holders; and “ensure that licensed activities are conducted in a fair and honest manner,” among other responsibilities.

The act also outlines penalties for violating the rules, such as cheating or operating without a licence.

The commission would also be granted authority to create any other type of licence deemed necessary.

Part of the fees collected from licensed operators would go to social funds designed to mitigate the industry’s potential negative effects.

He described how some non-profit and religious organisations already find workarounds to facilitate gambling.

“What is really the difference between a raffle and a lottery ticket?” he asked, describing how groups offer sponsored prizes rather than cash to hold fundraising events.

“I believe we need to look at this from a holistic perspective, and we cannot allow this whole activity to be unreasonably demonised,” he said.

Dr. Wheatley added that to make the legalisation smoother, government should invest in educating the public about the dangers of addiction.

“We are at a crucial stage in our development,” he said. “Actually, we’ve been approaching this stage for quite some time. We have known for quite some time that we need new revenue streams, because the other alternative — we don’t want to go down that road of cutting jobs and stuff like that. We have to grow the economy, not impose austerity and cost-cutting measures that will ultimately hurt our people.”

Junior Minister for Tourism Sharie de Castro said expanding this industry could also help fund other development in the territory.

“We oftentimes try to seek ways to fund new projects, and we have all this young, innovative mindset,” Ms. de Castro said. “We realise that funding is necessary in order to get things done. I am firmly standing in support of this because I believe it is just another piece of the puzzle.”

However, Mr. Penn and opposition member Mitch Turnbull spoke June 16 about the potential social fallout of legalising gambling, expressing concern for those who may become addicted.

One mitigating measure Mr. Penn proposed was following the lead of St. Maarten, where residents can only participate in activities a limited number of days per month in an attempt to deter overly frequent gambling.

Though the House amended the bill, its final version won’t be publicly available until the governor assents.

After the bill passed, Mr. Fahie noted some community members’ displeasure but stood by the decision.

“There are a lot of areas that we’re trying to get regularised so we can get the help to the people, and pass new laws so the people of the Virgin Islands can see that the economy is opening up, and they can find their place in it,” he said Monday in the HOA. “We passed the gaming law. Some people are very angry. … We’re putting things in place so that we can open up new industries in this territory, so that the people wouldn’t just be confined to tourism or financial services.”