When Covid-19 hit early last year, many Virgin Islands residents were still living in homes that had not been fully repaired from the damage they sustained during hurricanes Irma and …

END_OF_DOCUMENT_TOKEN_TO_BE_REPLACED 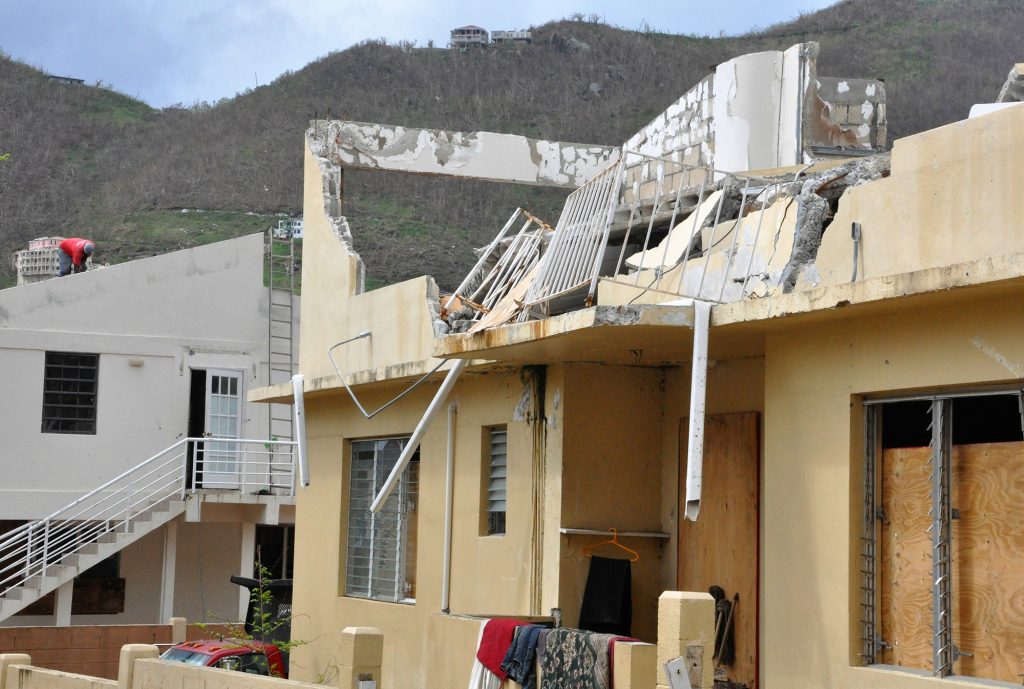 When Covid-19 hit early last year, many Virgin Islands residents were still living in homes that had not been fully repaired from the damage they sustained during hurricanes Irma and Maria in 2017.

The pandemic brought an economic blow that made matters much worse.

“One of the things that I saw increase last year was people living out of their cars, especially women,” said Judith Charles, who recently stepped down from her position as Family Support Network board president, which she held since 2005. “Last year, there was a lady with kids, and she was living in her car because she was put out of where she was living.”

In that instance, she said, the family was able to find a place to live and the mother subsequently found a job. But Ms. Charles said her story was only one example of a family reaching the tipping point because of the dual financial challenges of recovering from the hurricanes and the pandemic.

“Housing here has never been cheap,” she said. “But right after Irma, if you were renting someplace for $800, it was now $1,000. A lot of people left because they had no place to live after Irma. I don’t think frankly that housing has rebounded significantly. I see a lot of people building brand new apartment buildings, and I shudder to think what they’re going to cost.”

After the storms, she explained, FSN and other social assistance organisations focused on providing food, clothing and other basic necessities for community members.

But when more people found themselves homeless during the pandemic, meeting their basic needs became more of a challenge, especially when the law required people to stay at home.

Ms. Charles noted that many residents have struggled to pay rent amid sudden unemployment or reduced pay as thousands of workers in the territory were laid off from their jobs.

As a result, the FSN has seen increased numbers of people seeking support, and its clientele has become more diverse, with more men, seniors, and other people from all walks of life, she said.

Ms. Charles added that one of the biggest increases in demand for FSN has been assisting with rent and bill payments.

Alexandra Durante, organiser of the charity group BVI Hands Free, said the community’s long-term financial recovery from both disasters will take time — and will be contingent upon how quickly the world can recover well enough to revitalise the tourism industry.

BVI Hands Free has been assisting after the onset of the pandemic, supporting more than 420 families with food and financial issues, she said.

“A group of us had come together over lockdown, and they reached out to me for some help,” she said. “While we were in lockdown, we were able to get passes in order to deliver food to families in need, especially families with children. … It was amazing. I think we had over 60 volunteers involved.”

What she found most surprising was the sheer number of community members who required assistance.

A large contributing factor, she and Ms. Charles agreed, was the fact that many residents were only just starting to recover financially from having to rebuild after the hurricanes.

“We were really just starting to get back up on our feet, to be honest, and after a while we were really ready for the [peak tourism] season,” Ms. Durante said. “We were getting money back; people were visiting; people had donated. Before Covid happened and after the hurricane, I believe we were starting to see some money, so people had a little bit of savings again.”

But while the VI could reach out to the world for support after the hurricanes, the pandemic affected most other countries as well.

“We had to again rely on our brothers and sisters here, but unfortunately everybody was in the same boat,” she said. “So it took a really big toll on people, seeing that this was a lot different and that we can’t ask outsiders for help. … This sets us back further than Irma did, to be honest.”

In their own hands

In addition to challenges with paying rent, continued financial constraints have affected community members’ ability to complete home repairs even four years out from the storms.

Ms. Charles explained that many homes throughout the territory, particularly those that lacked substantial insurance coverage, are still missing roofs and electricity.

Government has implemented assistance programmes — like one launched last year that helped cover the cost of building materials for anyone capable of doing the labour to repair their homes — but not all residents have been able to access those resources, she said.

Until just last year, she recalled, a 77-year-old community member had been living with no electricity, no running water, and a damaged roof.

Ms. Charles said she had applied for government assistance, but by the time surveyors arrived the roof had been repaired by restaurateur Regis Bourdon, the founder of the non-profit Adopt a Roof BVI. “He is a great human being,” she said.

“He has the biggest, most open heart of anyone I know.”

She added that the roof repair couldn’t have been delayed much longer without causing the building’s floor to completely cave in due to water damage.

Ms. Charles said she can’t pinpoint a single fix for addressing short- and long-term housing issues in the territory, but she said systemic solutions are needed.

“There’s an awful lot of waiting to see how the finances are going to roll out,” she said.