A Human Rights Day ceremony was held last Thursday at the Government House under the theme “Recover Better; Stand Up for Human Rights” to celebrate the global observance. “We’re all …

END_OF_DOCUMENT_TOKEN_TO_BE_REPLACED 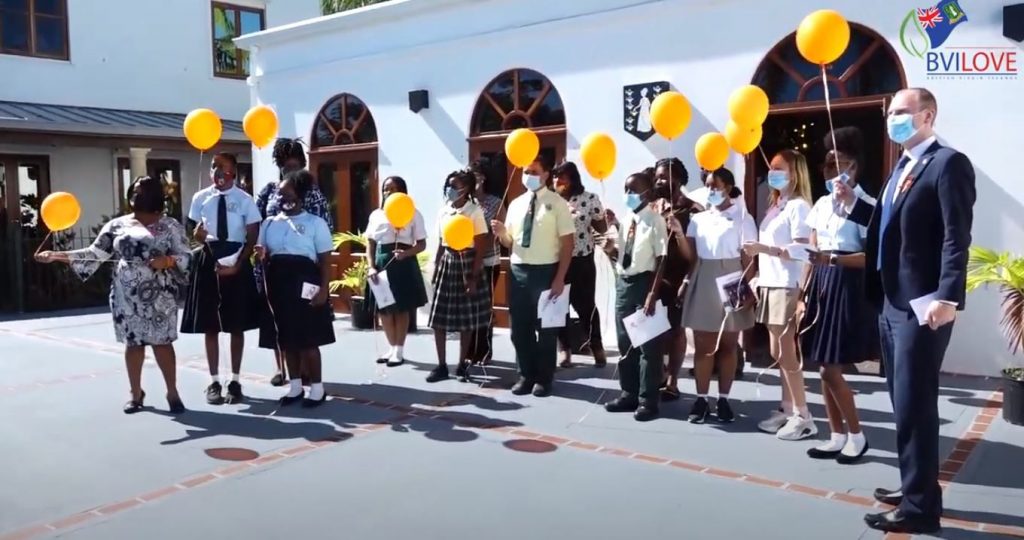 The governor and several participants of the Human Rights Day ceremony release yellow balloons at the Government House. (Screenshot: GIS)

A Human Rights Day ceremony was held last Thursday at the Government House under the theme “Recover Better; Stand Up for Human Rights” to celebrate the global observance.

“We’re all human and all of us have the same rights,” Governor Gus Jaspert said during the event.

He also mentioned media freedom and the rights of journalists, noting that UNESCO had held its World Press Freedom Conference the previous day.

“We should all be able to live without fear of reprisal for speaking our minds,” he added.

Mr. Jaspert shared that his grandfather was in a concentration camp and killed by Nazis for speaking up. Then he read a poem by Lutheran pastor Martin Niemoller titled “First they came… .”

The participants, most of whom were students, released yellow balloons at the end of the ceremony to commemorate victims who have lost their lives to violence.

Staff members from the Office of Gender Affairs, which organised the ceremony, also spoke, including Gender Affairs Coordinator Tara-Sue Morgan.

The OGA also recently marked a related observance: 16 days of activism against gender-based violence, which began on Nov. 25 on the International Day for Elimination of Violence Against Women and Girls.

Though speakers at the ceremony last Thursday said the territory has come far in protecting human rights, the VI still doesn’t have the human rights commission provided for in the 2007 Constitution, even after years of promises and delays.

Since 2007, the House of Assembly has considered various bills to create a commission, but none of them were passed.

Under the most recent draft bill, the Human Rights Commission Act 2018, the HRC would have been tasked with investigating and reconciling complaints about human rights infringements.

It also would have had the power to issue subpoenas and demand interviews and documents related to its investigations.

The commission’s teeth, however, would have been limited under the bill: The body would have been allowed to process a complaint only if all involved parties consented to the investigation. If they did not, it would not have been able to continue the process — though the commissioners could have sent a report to the attorney general regarding the probe.

The commission also would have been responsible for informing the public about constitutional rights and dispensing advice on human-rights-related procedures and policy.

Additionally, the act would have required the commissioners to regularly inspect detention facilities to ensure that no cruel or degrading treatment was being inflicted on prisoners. To that end, they would have had access to detention sites and information and the authority to conduct interviews with inmates without witnesses.

In 2018, now-Premier Andrew Fahie, who was then the opposition leader, complained that not enough had been included in the act to specifically protect the rights of Virgin Islanders.

Also at that time, Third District Representative Julian Fraser claimed the territory had been doing just fine with the human rights protections laid out in the Constitution, and that there were existing “provisions” in the VI available for people who might not have the money to air their complaints in court. He did not provide specifics of these provisions, however.

The HOA planned to debate and vote on the act in July 2018, but instead chose to pass it to a select committee for review.

There was no mention of the commission during the ceremony last week.