With dog leashes in one hand and blue and black trash bags in the other, community members patrolled the Beef Island shoreline recently, picking up bits of boat debris, glass …

END_OF_DOCUMENT_TOKEN_TO_BE_REPLACED 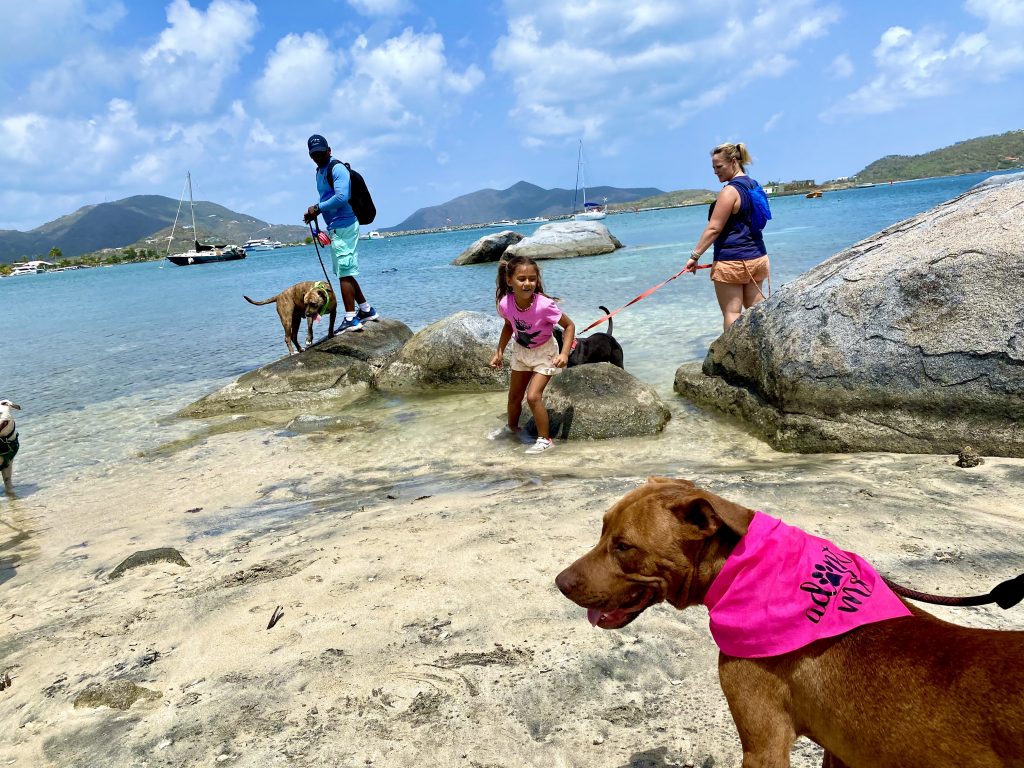 Dogs from the Humane Society of the BVI enjoy a day of splashing among the rocks at Trellis Bay while community members help with the organisation’s first official beach cleanup on Sunday. (Photo: DANA KAMPA)

With dog leashes in one hand and blue and black trash bags in the other, community members patrolled the Beef Island shoreline recently, picking up bits of boat debris, glass bottles and other garbage — while taking the occasional break to cool down in the surf.

In an hour and a half, volunteers and staff from the Humane Society of the BVI and Green VI collected 24 bags of trash from the beach at Trellis Bay.

The humane society recently adopted the bay and hosted its first cleanup the morning of April 18.

Organisers said the idea came about when a group of dogwalkers brainstormed ways to exercise shelter dogs while connecting with animal lovers in the territory and doing some extra good along the way. Eventually, plans came together for the beach cleanup.

Attendees started in front of Jeremy’s Kitchen, working in groups to collect trash and recyclable items, and ended at the point on the east end of the bay, where volunteers will pick it up again in June. Coordinators plan to host the cleanups on a regular basis.

Organisers noted that demand remains high at the animal shelter while the tourism industry is still getting on its feet: Without visitors regularly coming in and out of the territory to transport animals abroad, more dogs end up at the shelter.

However, the humane society and PAW BVI have coordinated several “freedom flights” during the pandemic to send small dogs to the US, where they have a higher chance of being adopted. The group Caribbean Canine Connection recently raised $2,664 to be split between the two organisations to find homes for unwanted animals in the VI.

The society’s next big event is a dog show and family fun day, scheduled to start at 11 a.m. on May 1 at Captain Mulligan’s.