Hundreds left out of housing programme

Shortly after hurricanes Irma and Maria caused an estimated $572 million in damage to nearly 7,000 residential buildings across the territory, Virgin Islands leaders announced a plan to spend more …

END_OF_DOCUMENT_TOKEN_TO_BE_REPLACED 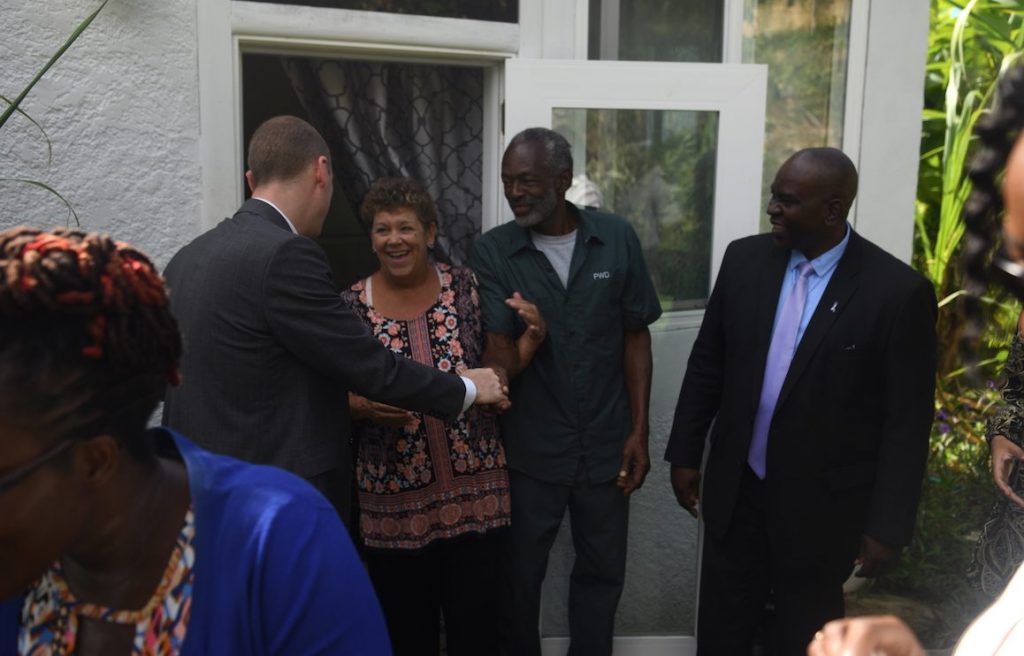 Shortly after hurricanes Irma and Maria caused an estimated $572 million in damage to nearly 7,000 residential buildings across the territory, Virgin Islands leaders announced a plan to spend more than $40 million to repair affected homes.

Three years later, government hasn’t released a comprehensive account of such spending, but sporadic information provided in recent months suggests that not even half the promised amount was ever paid out.

Meanwhile, hundreds of qualified aid applicants may have received nothing at all.

The Housing Recovery Assistance Programme, which was launched in early 2018, offers financial assistance via loans and grants to repair hurricane-damaged structures.

In the time between the storms and the onset of the Covid-19 pandemic, government secured $15 million for housing development, as well as $5 million for administrative costs through the Recovery and Development Agency, Premier Andrew Fahie said in May while giving an update on the programme.

“While some homes were repaired and rebuilt, there is a requirement for a further $25 million to assist over 200 homeowners with the construction of social homes, housing reconstruction and major repairs to numerous other facilities,” he said.

Leaders — who did not grant interviews for this article — have not provided further updates concerning this needed funding, though they did promise that $9 million from the Social Security Board would go to home repairs as part of the Covid-19 stimulus package launched in May.

In the first phase of the housing programme, $670,000 from the United Kingdom’s Foreign and Commonwealth Office supported repairs for 80 hurricane-damaged homes. This phase officially came to an end in April 2019.

Though the UK government’s support concluded at that stage, the VI government decided to continue to operate the programme and build on the short-term assistance project.

The source of the funding is also unclear, though last year Health and Social Development Minister Carvin Malone announced an agreement between government and the National Bank of the Virgin Islands for a $15 million “deposit.”

The “deposit” — which he did not explain further — would put $3.5 million toward housing grants, $8 million toward social housing, $3 million toward loans, and $500,000 toward professional and administrative fees, Mr. Malone explained in a May 2019 HOA session.

He didn’t indicate whether the funding was a loan or donation, though the 2018 Recovery to Development Plan said the bank would partner with government to provide soft loans to qualifying homeowners and landlords for permanent housing assistance.

To date, the ministry has not indicated how much has been spent through each of the programme’s four categories. But last September, two years after the storms, Mr. Malone said leaders knew the programme was $17 million short on needed funding.

The next month, he explained in the House of Assembly that there had been a delay in issuing repair grants because the programme funding was originally placed in a “loan account” by mistake.

He also told the opposition at the time that his ministry could not provide a number of people still displaced by the 2017 storms.

November saw the introduction of the “material grants” category, which provides a maximum $7,500 to assist homebuilders who could cover their own labour costs but required assistance purchasing building supplies.

The grants were made possible through additional funding under the remit of the Ministry of Finance and the Premier’s Office, according to Mr. Malone, who did not provide further details.

In February of this year, Mr. Malone provided a partial update on the distribution of the housing aid.

Through home repair grants, $9,595,176 had been committed, and another $3 million was allocated for social housing, he added.

However, he did not specify how much total funding had been distributed and how much more would be needed.

On May 28, the premier announced that government had designated $9 million of a $40 million pandemic economic stimulus grant from the Social Security Board to repair homes damaged by the 2017 storms.

The funding, he said, was meant to help make damaged homes watertight in preparation for the ongoing storm season.

“It was calculated that it would cost $45 million to help primary homeowners and apartment dwellers to return to their dry, covered, comfortable accommodation [after Irma],” Mr. Fahie said at the time.

However, as of September, typically one of the busiest months of the season, no update had been provided on the allocation.

By July 10, the number of housing programme applicants had increased to 617, Mr. Malone told the HOA that day.

Of those, Mr. Malone explained, 213 had received financial assistance based on their needs.

He did not provide a comprehensive breakdown of spending or an update on the more than 400 applicants who hadn’t received aid, though he said nearly $2 million had been committed for material grants and $210,000 for low-interest loans.

“It is recognised that additional funding would still be required, but little by little, home by home, together we shall overcome,” he said.

Moving forward, Mr. Malone explained that his ministry plans to offer suggestions for restructuring home rebuild protocols so residents who didn’t qualify in the past can be reconsidered.

The ministry has yet to announce the new protocols. Applications are available through the Housing Recovery Unit of the Ministry of Health and Social Development.

Attempts to contact Mr. Malone were unsuccessful. HSD Permanent Secretary Petrona Davies said on Tuesday she did not have time to field questions about the programme because of the recent increase in Covid-19 cases in the territory, but could provide more information at a later date.