Residents of Puerto Rico in the midst of recovering from Hurricane Dorian faced another natural disaster this week. Early Tuesday morning, the Puerto Rico Seismic Network reported a 6.6-magnitude earthquake …

END_OF_DOCUMENT_TOKEN_TO_BE_REPLACED 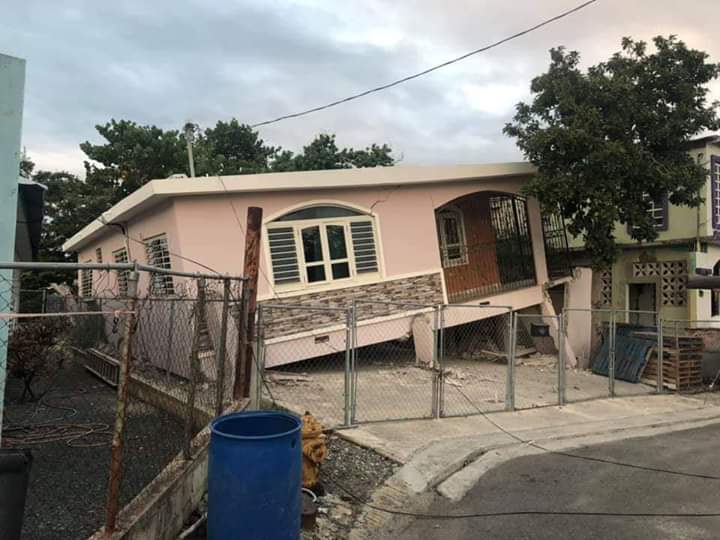 Residents of Puerto Rico in the midst of recovering from Hurricane Dorian faced another natural disaster this week.

Early Tuesday morning, the Puerto Rico Seismic Network reported a 6.6-magnitude earthquake in the area, the latest in a series of smaller tremors.

The Virgin Islands and United States VI were in close proximity to the earthquake, and Governor Gus Jaspert noted in a Tuesday press release that people here may have felt a slight disturbance. The Pacific Tsunami Warning Center issued an alert at 5 a.m. that small tsunami waves, measuring about 0.02 meters, had been observed near Puerto Rico.

An alert followed at 7:22 a.m. about the slight possibility that some Caribbean coasts near the epicentre could experience tsunami activity.

The alert read, “Based on all available data … there is no significant tsunami threat from this earthquake. However, … there is a very small possibility of tsunami waves along coasts located nearest the epicentre.”

As experts learned more about the earthquake, alerts later clarified there was no tsunami threat to the VI, Puerto Rico or the USVI.

The earthquake was the largest of several happening off the Puerto Rican coast. One man reportedly died during the Tuesday earthquake, and at least eight other people were injured as buildings collapsed, according to the Associated Press.

The US Geological Survey reported a fault slip near the earth’s surface caused the offshore earthquake, where the Caribbean and North American plates meet.

“Over the past several weeks, hundreds of small earthquakes have occurred in this same region,” according to the report. An earlier earthquake originated 12 kilometres away on Monday, clocking in at a 5.8 magnitude.

Though the VI was largely unaffected by the morning’s earthquake, the governor advised residents to be cautious in the coming weeks.

“While there is no need to panic, the event is a timely reminder that we live in a very seismically active area,” he said in the Tuesday press release. “Puerto Rico and the Virgin Islands sit on the border of two plates that move regularly. This means that persons who live in the BVI are vulnerable to earthquakes, and we all need to be vigilant as these seismic events generally come with no advance warning.”

Mr. Jaspert said Guanica and Ponce in southwestern Puerto Rico bore the brunt of the damage on Tuesday.

He also said VI residents should take the time to ensure they have family emergency plans in place and know the closest tsunami evacuation routes.

“Aftershocks from these earthquakes may be as strong or nearly as strong as the initial event,” he said. “Here in the British Virgin Islands, our Department of Disaster Management is closely monitoring events and will provide further updates or advice as required.”

The VI government recently launched a new app for notifying residents of impending natural disasters such as tsunamis. The Department of Disaster Management launched the BVI DDM Alert app at the end of June last year, working in collaboration with Digicel.

Via the app, DDM on Tuesday offered a reminder that “we live in a seismically active zone, which makes the territory vulnerable to earthquakes.”

The department also provided safety tips for anyone caught in an earthquake, including staying away from ceiling fans, glass windows, doors or other overhead material that could collapse. Authorities also recommend getting under a desk or sturdy piece of furniture and covering the head. Anyone outdoors during an earthquake should move away from trees, buildings and utility poles, according to the DDM.

Then-DDM Director Sharleen DaBreo-Lettsome said in a press release at the time of the launch the app is an “innovative system that allows cell phone users to immediately access critical information.”

“The app serves as an important part of the territory’s early warning system and is another means of al-lowing us to reach the masses,” Ms. DaBreo-Lettsome said.