Local News > Hydrology study to be completed by July

Hydrology study to be completed by July

After the heavy floods last August, more than a few unusual objects made their way into ghuts and washed along the streets of Road Town. “We found mattresses, we found …

END_OF_DOCUMENT_TOKEN_TO_BE_REPLACED 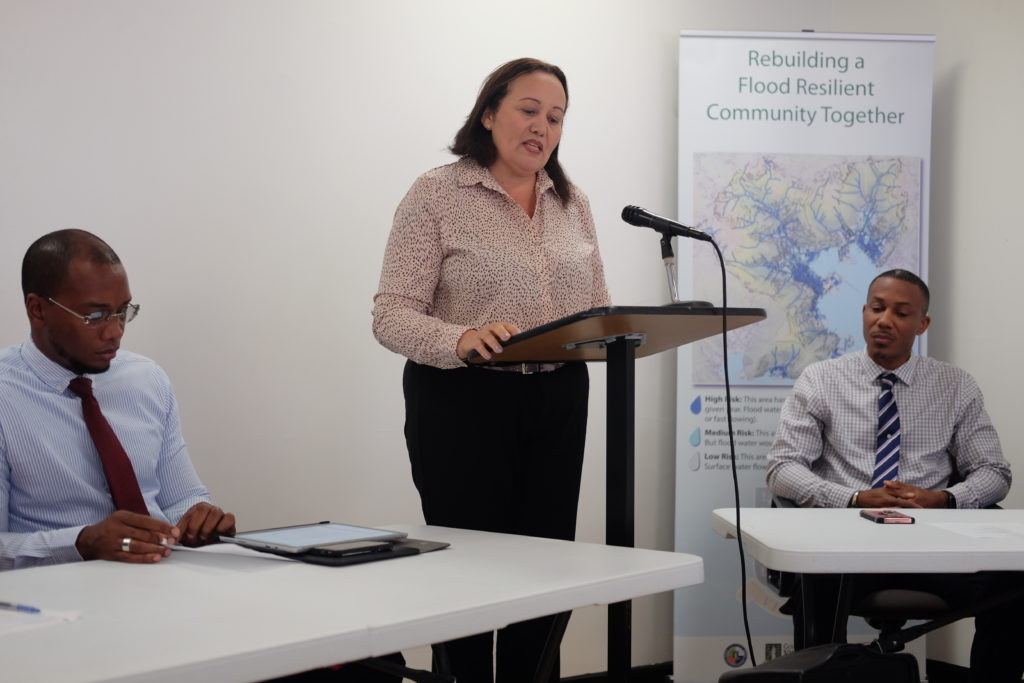 After the heavy floods last August, more than a few unusual objects made their way into ghuts and washed along the streets of Road Town.

“We found mattresses, we found cars, we found truckloads of coconut shells — all in the ghuts — and all of these things show themselves during these floods,” Jeremy Hodge, the deputy secretary in the Ministry of Communications and Works, said at a press conference on May 2.

The ministry, along with the Department of Disaster Management and other government agencies, is hoping to better mitigate the risks of floods and educate the community at the same time.

The study began last May and is being funded by the Caribbean Development Bank. Though the study will not be concluded until about July, data collected thus far already have been informing development since the hurricanes, officials said at the press conference.

Nick Jarritt, a consultant from Amec Foster Wheeler Environment & Infrastructure, said he was in the territory for the August floods.

“That event is widely acknowledged to be the worst flooding that Road Town has seen,” he said.

The hydrology study is creating a detailed analysis of flood risk in various areas around the island and assessing drainage infrastructure, he said.

Some problem areas are well known — including the bridge by the fire station in the capital — while others are less obvious, he said.

Either way, many government departments will be able to use the findings from the study to tackle perennial infrastructure challenges, according to Mr. Jarritt.

But Flood Protection Awareness Week is also about reminding residents that proper drainage and infrastructure don’t remove all risk for businesses or homeowners, officials reiterated.

“The nature of the climate, topography and the geography of Road Town means there’s always going to be a risk of flooding — we’re never going to completely remove all risk,” Mr. Jarritt said.

“When you’re in the thick of things — there’s water coming down the street — it’s so easy to panic and do the wrong things. But if you’ve got a plan, you’re ready; you can work through it and make sure you take all the right actions.”