The BVI International Arbitration Centre is well positioned to become a leader in handling disputes related to climate change, according to a London-based lawyer who delivered the third Dr. J. …

END_OF_DOCUMENT_TOKEN_TO_BE_REPLACED 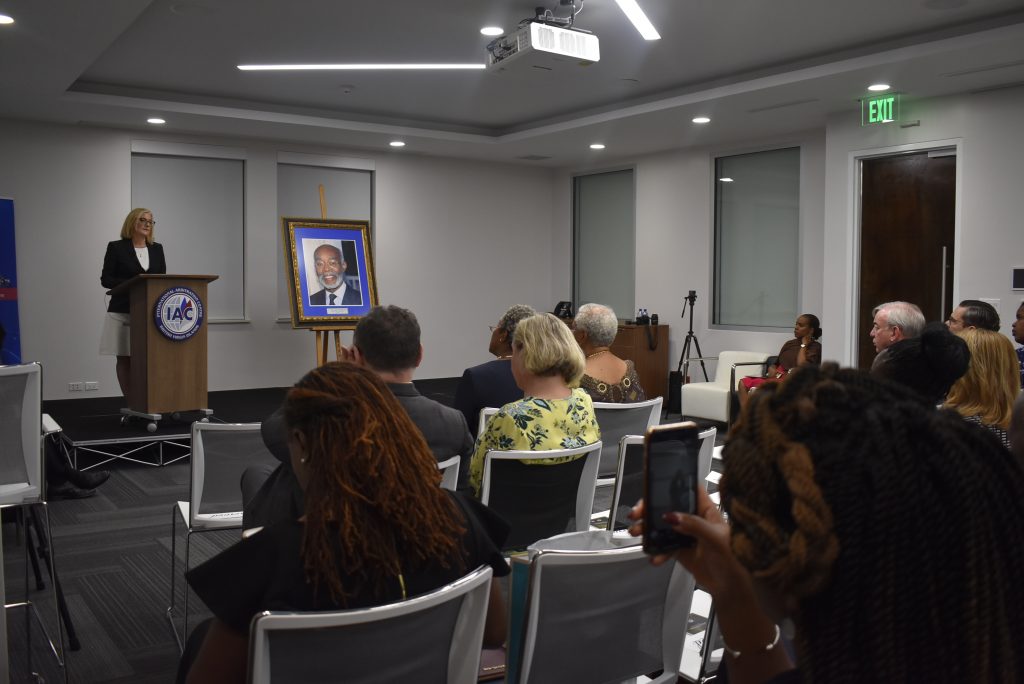 The BVI International Arbitration Centre is well positioned to become a leader in handling disputes related to climate change, according to a London-based lawyer who delivered the third Dr. J. S. Archibald QC Memorial Lecture on Tuesday night at the BVI IAC.

“[This centre] is one of the few on an island that is highly susceptible to climate-related risk,” Queen’s Counsel Wendy Miles said during the lecture, which was timed to coincide with the BVI IAC’s third International Arbitration Conference this week. “Perhaps we could explore a role in taking a part in driving climate leadership in the Caribbean.”

Ms. Miles — whose talk was among several arbitration-related events ongoing through tomorrow — encouraged attendees to think ahead and prepare for climate-related cases.

“I invite you to find other new ways in continuing to support the territory and region as a whole in promoting under standing of and resolving disputes arising out of climate change, because climate-change-related disputes are coming, and in every conceivable leg of the legal system,” Ms. Miles said.

The advice was timely: The BVI IAC itself was impacted by Hurricane Irma, which hit shortly after the centre opened in 2017. Although the centre’s progress was slowed by the storm, it wasn’t stopped, said BVI IAC CEO Francois Lassalle.

Arbitration — a method for resolving disputes out of court — is a potential economic boon for the territory if the VI can make its mark before other countries in the region, Mr. Lassalle told the Beacon.

“The BVI for a very long time has been at the forefront of the financial services sector,” Mr. Lassalle said. “One of the areas that has grown in the BVI is the commercial litigation world, … but the [worldwide] growth of arbitration is recent. Moving into a jurisdiction that can handle both litigation and arbitration is just a natural move.”

The conference is part of the centre’s ongoing effort to spread the word, and centre manager Janette Brin said yesterday that the event had been going well.

“The feedback I’m getting so far has been excellent,” she said. “We should see a total of 100 attendees throughout the week.”

Ms. Brin added that a training session on construction contract law was particularly popular, drawing a diverse audience that included architects and others who work in construction.

The memorial lecture is a biennial event that is typically scheduled to coincide with the conference.

On Tuesday, Mr. Archibald, who died in 2014, was hailed as a strong voice who helped shape the Arbitration Act of 2013, which is modeled after the United Nations Commission on International Trade Law Arbitration Rules.

His daughter Patricia Archibald-Bowers talked about the St. Kitts and Nevis native’s early years in the territory.

“My father must have truly loved these islands, because it is here that he remained and married my mother,” she said. “In 1968 he began his private law practice in the kitchen of my maternal grandparents’ home in Lower Estate. My father was a staunch, unapologetic Methodist and was in church every Sunday seated on the front middle pew, left side.”