Immigration system cuts down on lines

An appointment system rolled out March 1 has cut down on the the long lines snaking out of the Immigration Department in recent weeks, according Senior Immigration Officer Ian Penn. …

END_OF_DOCUMENT_TOKEN_TO_BE_REPLACED 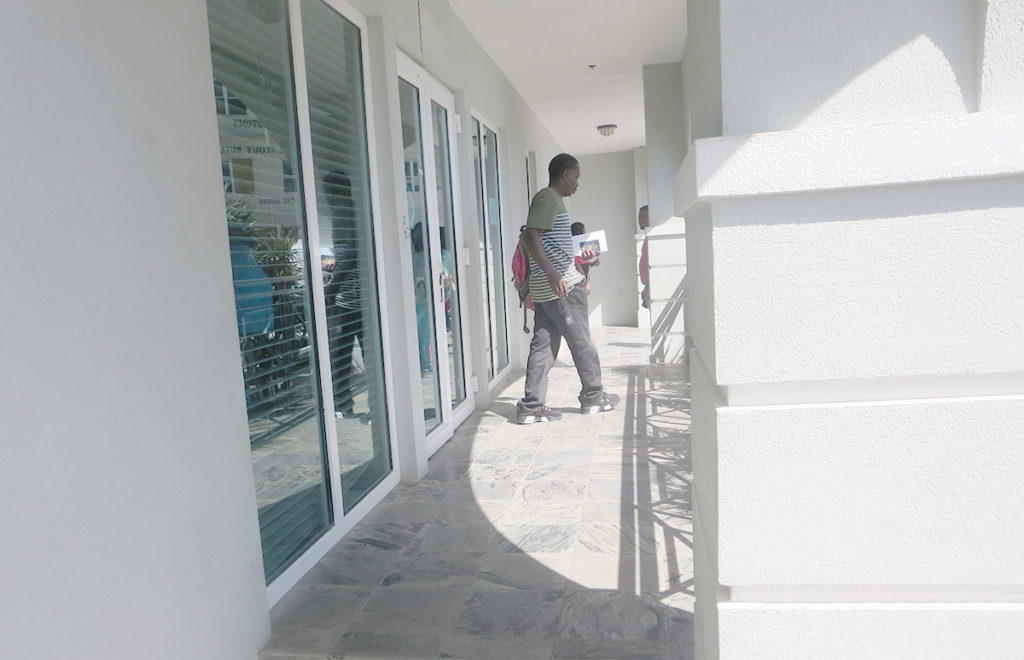 The entryway outside the Immigration Department was relatively empty on Tuesday at around 10:30 a.m. Photo: CLAIRE SHEFCHIK

An appointment system rolled out March 1 has cut down on the the long lines snaking out of the Immigration Department in recent weeks, according Senior Immigration Officer Ian Penn.

“Though there may have been some hiccups here and there, I think that we can smooth them out along the way,” Mr. Penn said in a statement. “I am very encouraged and optimistic of its success and we will endeavour to do our best to see it through.”

Mr. Penn added that he is committed to making more changes “to ensure that the department continues to strive for future excellence.”

In the past few weeks, people were beginning to arrive at Immigration as early as 3:30 a.m. to ensure they could get a number, with latecomers sometimes being turned away. This led to tense situations and prompted government to post a warning to those waiting outside to behave themselves.

Now, appointments are being offered in slots each day between the hours of 8:30 a.m. to 3 p.m.

Mr. Penn thanked those who have already arrived for appointments, saying they cooperated with the staff, “which had a positive impact on the attitude and productivity of the officers.”

He also commended his officers, adding that customers were impressed with the level of service provided.

“It appears that it was simply the officers’ extraordinary commitment to excellence in customer service and support that motivated them to go the extra mile to make the new system successful,” he said, adding, “In these modern days, we need to adapt and make whatever services are offered to the public as efficient as possible. We all know that such services come with a price tag, be it state-of-the-art technology or more personnel.”

Tuesday morning, the lines outside immigration were all but gone, but not everyone was satisfied.

Charles Mather, who is from the United States and works as the head chef at Cooper Island Beach Club, didn’t think the appointment system had accomplished much, and was still having a frustrating experience.

“The system doesn’t work at all,” he said. “They didn’t tell me I needed a letter from my employer, so I had to leave and come back the next day.”

Still, he believes there have been improvements: He knew of coworkers who previously had been forced to arrive at Immigration at 4 a.m., and he was glad that those days appear to be over.

“At least the lines are gone,” he said.

Others reported frustrations with being on hold with the department for a long time or being unable to make appointments for the dates they needed.

One visiting worker, a FLOW linesman from the Cayman Islands who declined to be identified, said he had a coworker who made an appointment last week, “but he was still there all day.”

Chris Ghiorse, on the other hand, was leaving the office in a good mood. In late February, the US native — who works as a fitness consultant and property manager and has lived in the territory 28 years — said he felt “anxiety” when he found out people were being forced to come so early in the morning.

Tuesday, though, he had been approved as a permanent resident, meaning this could be his last visit to the Immigration office.

“They’ve gotten to know me very well here over the years,” he said.

On Feb. 16, Premier Dr. Orlando Smith announced the upcoming rollout of an electronic application system for entry permits, which has not yet been launched, as well as a process in which employers could send applications directly to the department on behalf of employees. Volunteers from abroad will also get a more streamlined process for entry, according to Dr. Smith.

Those seeking new permits, renewals or extensions are being asked to schedule their appointments Monday through Thursday. Fridays are reserved for employees of government and statutory bodies, students and employees of the H. Lavity Stoutt Community College and persons exempt from work permits.

Those seeking landing permit extensions will be allowed to walk in from Monday through Friday between 8:30 a.m. through 3 p.m., with no appointment necessary.