At the start of the new school year, students likely will resume their education with a curriculum that combines in-person teaching with online activities under a shift system designed to …

END_OF_DOCUMENT_TOKEN_TO_BE_REPLACED 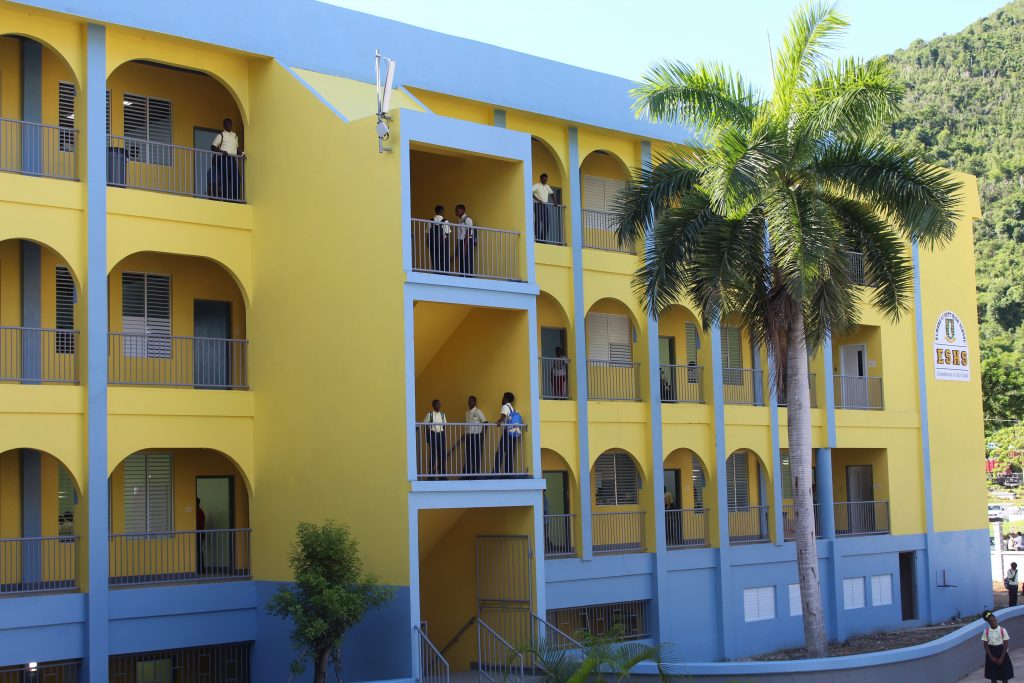 When the next school year begins, students (shown above in September) will likely spend some time in the classroom and some time alone. (Photo: JOEY WALDINGER)

At the start of the new school year, students likely will resume their education with a curriculum that combines in-person teaching with online activities under a shift system designed to facilitate social distancing, according to Education, Culture, Youth Affairs, Fisheries and Agriculture Minister Dr. Natalio “Sowande” Wheatley.

However, because the pandemic is a fluid situation and health officials have not yet approved Dr. Wheatley’s proposal, details have not been finalised, he said Friday in the House of Assembly.

Dr. Wheatley also responded to a question from Opposition Leader Marlon Penn about a recent survey that found that hundreds of students in the Virgin Islands don’t have the requisite technology to participate in online learning.

The government, he told Mr. Penn, has purchased 500 laptops for students in need.

In early May, Cabinet approved the waiving of a tender process for the purchase, and two weeks later awarded a $138,000 contract to Road Town computer store Infinite Solutions.

Dr. Wheatley expects the laptops “to be shipped in the next two weeks,” and to be distributed to students soon after, though he cautioned that the schedule has been pushed back due to the global demand caused by the Covid-19 pandemic.

Despite donations of laptops from organisations such as Unite BVI and from individual residents, some students have still been left unable to complete their virtual assignments, and have instead been filling out worksheet packets that they are assigned on a weekly basis, the minister said.

“Next week we’ll properly acknowledge the donors in a handover ceremony,” he added.

He also gave an update on “data packages” available for students.

“There was a particular challenge we experienced with one of the service providers who could not zero-rate all the websites we have been using,” Dr. Wheatley said, referring to Flow.

The minister, however, added that he has been working with Flow to see if he could come to an agreement with the provider that will allow for more users to have free access to Webex and Zoom, he said.

“We’re hopeful we can clean up some of the rough edges going into the academic year,” he added.