In their Words: Bennet Smith

Mr. Smith, a retired civil servant, had a long career spanning the top ranks of government, serving in posts including the chief engineer for the Public Works Department; permanent secretary …

END_OF_DOCUMENT_TOKEN_TO_BE_REPLACED 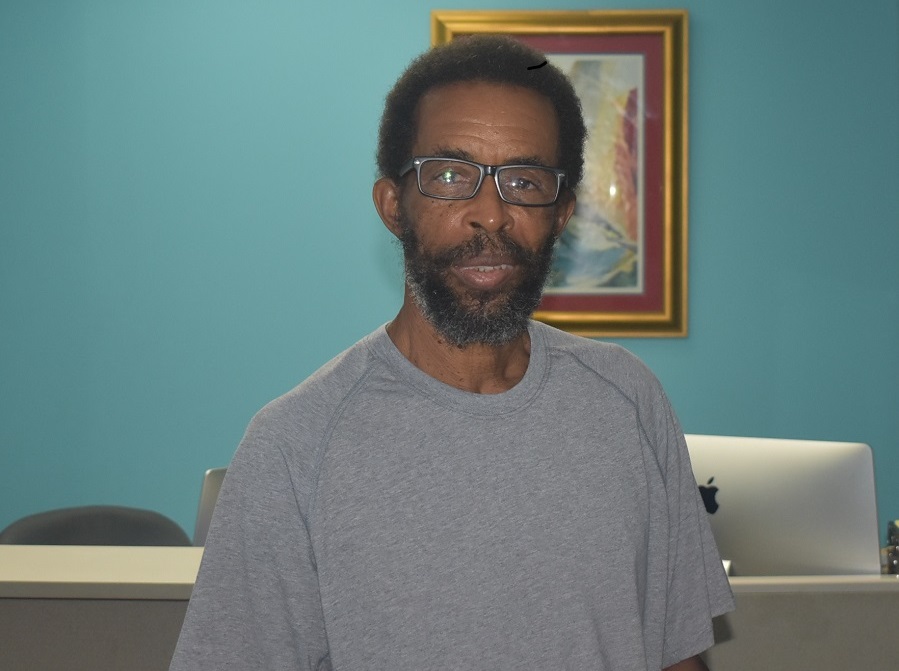 Mr. Smith, a retired civil servant, had a long career spanning the top ranks of government, serving in posts including the chief engineer for the Public Works Department; permanent secretary at the Premier’s Office; permanent secretary at the Ministry of Health and Social Development; and, most recently, project manger for the construction of Peebles Hospital. Below are his words, condensed and edited by Conor King Devitt.

I spent most of my adult life in Public Works. That’s my background — I suppose you’d say [I’m] an engineer by training. I left Public Works about 20 years ago. It’s a lot different to what it was. When I was there, it was much smaller and we didn’t have as much technical expertise as they have now. People would argue with that, but that’s the way I see it. I think they got all the technical expertise they need. It might not seem that way on the ground, which is something that I wonder about myself. But it isn’t that I think they don’t have the expertise. For some reason you don’t see it manifest on what they do. But I don’t think it’s because it’s lacking.

We used to farm out stuff but I think we exercised a lot more control. You can farm stuff out but it means that you have to ensure that it is done to the required standards in the required way, and I think this is obviously a failure nowadays. A lot of the work that government gives out, the quality isn’t there at all. I would say that if the quality isn’t there, it’s either that the technical people aren’t doing their job, or they’re not being allowed to do their job, or they’re afraid to do their job.

Unfortunately, I go around and I see a lot of situations where work is carried out on government’s behalf and clearly it’s not done to the standards it should be done, so whether it wasn’t properly supervised or the supervisors were not allowed to maintain the standards they were required to maintain, it’s difficult to say, but I don’t think it’s because the expertise isn’t there. I think it’s procurement and supervision [problems]. You got to want to rectify it. If you want to rectify it, it’s that easy. You just simply decide what has to be done, you get your technical input, you provide your proper designs, the proper specifications, and then you enforce them. As simple as that.

Giving out lots of contracts could win votes, but I think if you’re giving out lots of contracts and people perceive that you’re wasting money, I think you could lose votes. I believe that is the conflict that politicians face. You can’t please everybody and there has to be compromises. You have to look at the safeguards that you have put in and the cost of imposing these safeguards. But I think in the long run the right way is the best way. If you’re supervising a job and you allow people to take shortcuts and not do the thing the right way, you might get it done quicker but the quality isn’t there and after a while it’s going to start falling apart when it shouldn’t fall apart.

Clearly, there’s a problem with the roads and drainage and so on, but let’s be fair: A lot of that is not being done by contract — a lot of that is being done by direct labour. If you’re talking about concrete work and so on on the roads, a lot of that is quite terrible. The actual material is probably procured, and it could be a matter of the quality of the material, but in most cases it’s actually put down by Public Works guys. The repairs are obviously not being properly done. The drainage isn’t being maintained.

One of the issues too is a lot of the work that is being done I don’t think is being covered by Public Works at all, and that’s another story which I probably can’t get into, as to how these jobs are supervised and whether they do in fact go to any pains to see if the supervisors are competent. I’ve seen situations where people would say, “These contractors — they know what to do, they know how to do it.” Of course they know how to do it. Well, some of the time. But given the chance, they will take shortcuts. If you just simply take the attitude because a man might know how to do a job properly that that’s going to get the job done properly, I think that’s a serious, serious error.

I think that the answer is that the project supervisors have to do their job, which clearly they’re not doing. Maybe they’re not being allowed to do their job. They have to be convinced that they’re responsible to somebody and if they don’t do their job properly then they’re gonna have a problem. You might have a situation where, for instance, a project supervisor might feel that by being lax it might please somebody, be it a minister or some friend or something like that. But you can’t do that. If your job is to see that the thing is done properly, then that’s your job and that’s what you should do.

Contractors do shoddy work. Why do they get away with it? Or how are they allowed to get away with it? How do they get paid for doing shoddy work? These things shouldn’t happen. A lot of people have lost faith in the government, and I say to you, in my opinion, a lot of the issues that the government is clearly suffering from are that some people aren’t doing their jobs properly. And I don’t mean politicians necessarily, but the buck has to stop somewhere, so I’m wondering if some people weren’t doing their job, if somebody was supposed to produce a report, if somebody was supposed to check something and make sure it was properly done, and most of the time it wasn’t done, how does he get away with it? You don’t hear of anyone being sanctioned for anything. Unless there was fear of sanction, these things will continue to happen. Things like procurement — it’s nice to take shortcuts and save some time, and it’s nice to be able to say we were able to get this done in two or three weeks, but did you procure quality? Well, you’re probably gonna know if you procured quality five years down the road. It’s a difficult thing, and I’m sure for politicians it’s difficult because they’re expected to show quick results.

It bothers me: I see many situations where you have a local contractor and he does a building job for one of his own local folk and he does a certain quality of work and then that same contractor does a building job for somebody from overseas, and the quality is totally different. And that annoys me. You might say that it might have had to do with who the supervisor was, and [the local contractor] would do the same job for government and the quality was even worse. I would first of all question why they would do that, why they would have a [lower] standard for their own people or a standard for their own government that they wouldn’t have for somebody else, which I consider disrespectful. [It’s] a lack of self-respect and a lack of pride. That makes no sense to me.

Sometimes you have to separate between your friend or relative and getting the job done. Our society is such that there’s a lot of personal interrelationships. I am happy that they mean a lot, but in some areas where they shouldn’t be, you find them cropping up and causing problems. I’m happy to know that we are our brother’s keeper, that we all look after each other, but that doesn’t give you the right to substandard performance if you’re doing something for me. I know this is a controversial area in government too, when we talk about hiring and we say, “Yes, we should give our own folks the preference.” I agree that we should give our folks the preference but our folks have to take a little pride and realise that they’re doing it for themselves, they’re doing it for us and they should give us the best. That’s self-respect: That’s all that is. But some [say], “Oh, I work for government so I can do what I want. I can be careless. I can come to work when I want.” That’s lack of self-respect.