In their Words: Colin O’Neal

Colin O’Neal is the CEO of JOMA Properties Ltd, a property development and management company based on Tortola. The company, he says, has completed about 95 percent of the work …

END_OF_DOCUMENT_TOKEN_TO_BE_REPLACED 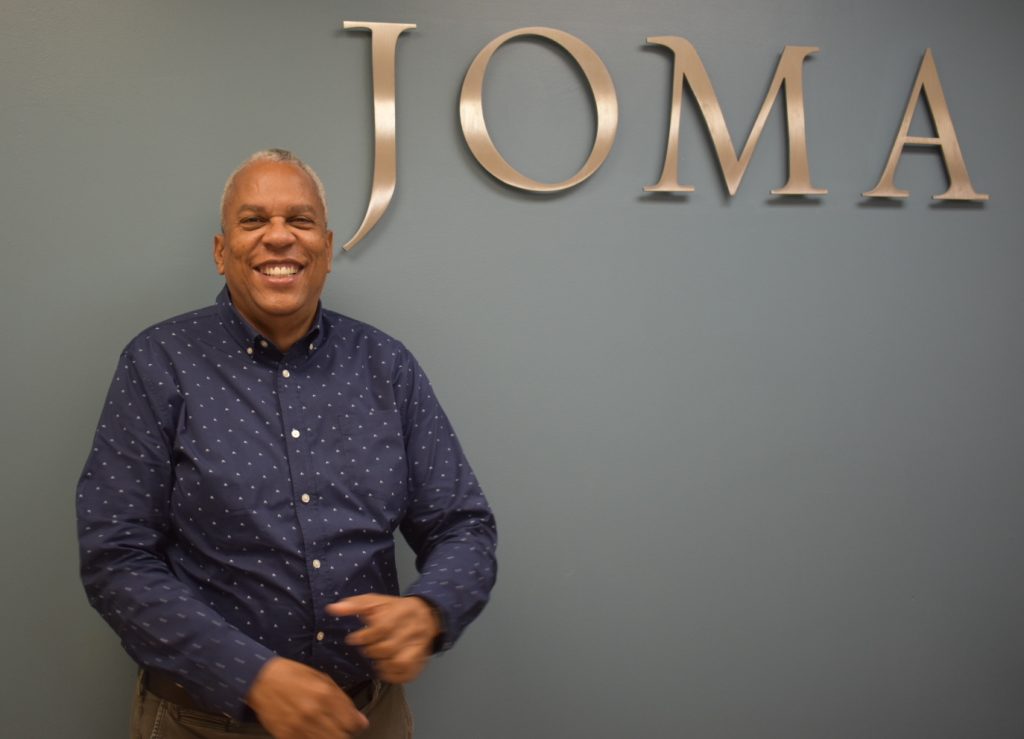 Colin O’Neal is the CEO of JOMA Properties Ltd, a property development and management company based on Tortola. The company, he says, has completed about 95 percent of the work needed to rebuild its properties after Hurricane Irma. Below are his words, condensed and edited by Nia Douglas.

I have overall responsibility for managing the company. We have a portfolio of commercial and retail properties mostly in the Road Town area. There’s Walkers’ building, there’s Commerce House, [and] commercial buildings like Fed-Ex, Caribbean Cellars, and Road Reef Plaza down at Prospect [Reef]. Those are some of our more notable ones.

I’m a British Virgin Islander brought up in the BVI, educated in our school system. I studied abroad like most people. I did a degree in political science, something that always interested me. I wanted to be able to understand how government and society interface and how they function. I went to Boston University, and did a law degree at the University of the West Indies. So I was qualified as a lawyer in 1987. From 1987 to 2006, I practised law. I started the law firm O’Neal Webster.

JOMA was started by my parents, Joseph and Marie O’Neal, who had been involved in a number of different businesses over the years. Over time they bought properties and developed properties. They both passed away in the early 2000s and we had a number of properties throughout Road Town.

[In 2005], we had a family business and it needed direction at the time, and I saw a need and I put myself forward to take over the management of the company. The family agreed, and that’s basically how I ended up here.

I look forward to coming to work every day. I use law in my work sort of in the background almost on a daily basis. Law is all around you. It’s in a lease split between the company and a tenant; it’s in an employment contract; it’s in service agreements. I draw on my legal experience every day in one way or another, even if it’s just subconsciously.

I actually spent the hurricane in my late father’s house. My first reaction when I walked up the road from the hospital and I saw [the Walkers building] and the Commerce House relatively undamaged, I was just awestruck and relieved.

We had some buildings which were practically completely destroyed and others that had lesser degrees of damage. So, yes, we took a substantial hit. At Port Purcell, we have about 11 buildings and most of them were about 50 percent destroyed. That was a shock.

The hurricane was Wednesday; our team met here on Friday and we started to get to work.

It was an extremely stressful year. In a normal year we may do one construction project at a time. Last year we were managing at least 12 constructions at the same time. It was difficult. We had to rebuild our properties to get tenants back in the spaces so that they could continue business and so that our business would continue as well.

I’d say [now] we’re 95 percent complete. We only have one building that is under repair. We had a great hardworking team that really pulled together and pulled through. That’s the only way we really got through it. I’m still amazed that we pulled through and we are in a position of normalcy again. We’re planning to get back to doing what we like to do, which is building new buildings and trying to contribute to the development and growth of the BVI.

Infrastructure I don’t think is where it needs to be. Across the board, roads, ports, telecommunications — all of those things, I think, are in need of significant improvement. I don’t think investment in infrastructure in the BVI has kept with the pace of growth, and I think that in a way the hurricane gives us an opportunity to address some of those deficits in a more forward-thinking way [by] building infrastructure of a higher quality [that] is more resilient in the face of future natural disaster.

Every disaster, it’s said, presents an opportunity, and I think there is an opportunity to take a look at the way we’ve been doing things and try to make adjustments. That’s what we’re doing at our company as well. We know that going forward we have to build with more resiliency in mind to protect our investment and to satisfy the desires of tenants to have spaces that are safe and are hardened enough to withstand all but the most unusual natural disaster.