In their Words: Duran Greaves

Duran Greaves, 23, is the food and beverage coordinator at Village Cay Resort and Marina. He spends most of his time there tending the bar — a role he resumed …

END_OF_DOCUMENT_TOKEN_TO_BE_REPLACED 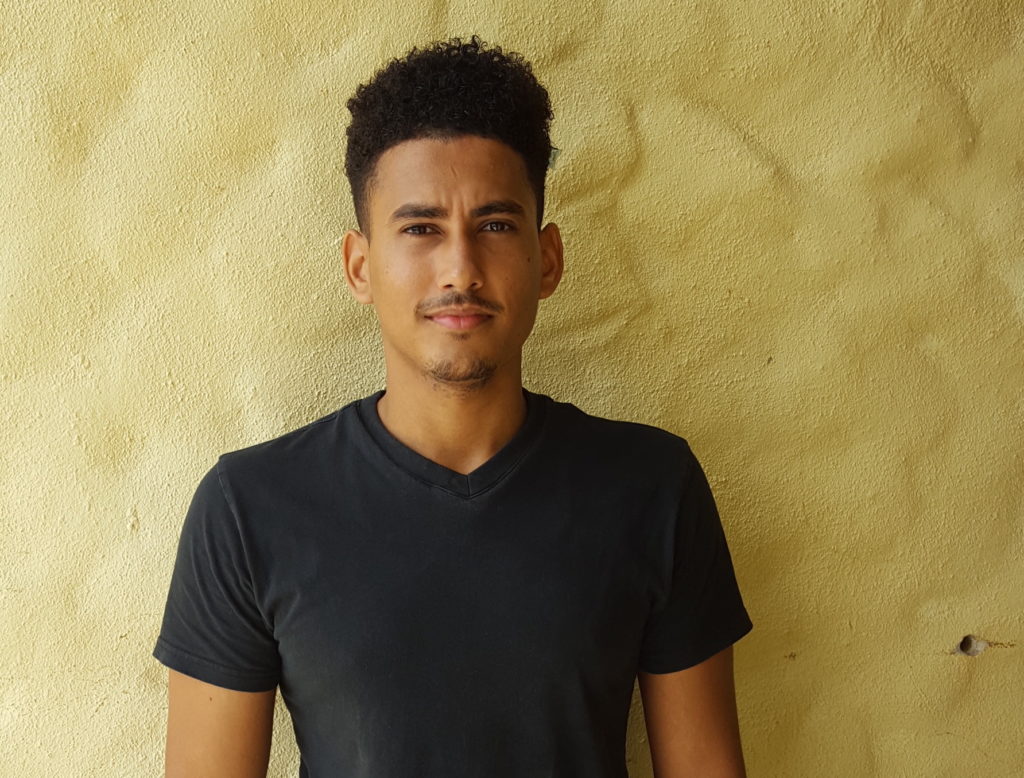 Duran Greaves, 23, is the food and beverage coordinator at Village Cay Resort and Marina. He spends most of his time there tending the bar — a role he resumed immediately after the passage of Hurricane Irma.

I’ve been on Tortola for about 15 months. I’ve been a bartender for three years. After the hurricane, for me it was fine. I know some people were devastated. I was affected, but I just liked coming to work.

The day after the hurricane we were already open, selling ice, coffee, beers. Some people came by with their own grills and were just grilling their own hamburgers and hotdogs by the poolside.

Everybody was on the same level, everybody was helping each other out. It was nice to see that. Every day was different people. Even CNN came. We got to take care of them. The soldiers came. Everybody came to Village Cay because we were the only people operational at the time. So it was fun for me.

I like doing what I do: helping people out. Every day I knew I was helping others, so I had purpose. But it was a lot of work. We weren’t even sure if we were gonna get paid. I just came to work because I liked doing it.

What really drove me was helping out people. I came in every morning around 9, 10, and the curfew was like 7 o’clock, and then it moved up to 10. [I was working] at least nine, 10 hours a day, six days a week, cause we were fixing up the church on Sundays. So we didn’t have any leisure time. It was just work, work, work. But it was fun.

After the hurricane, people needed to go to sleep — they’d just drink a case of beer or something like that. But the wine was the first to go. Wine was done in like two days. We had a lot of beers extra: We were selling that. But people just wanted to forget about everything.

I’m from St. Vincent. I grew up in New York: went to school there, did all my degrees there. I was supervising for my mom’s restaurant in St. Vincent.

It wasn’t my intention to be a bartender but I was doing everything: trying to be a chef, supervising, a waiter even, and I gravitated more towards being a bartender.

It’s more laid back. People come to drink and just relax and forget about work and life for a while and crack a few jokes.

My stepdad said he had people here, and it’s good exposure for me. I just wanted to experience it. I thought I’d be here for like six months and then move on, but that’s not the case. I’ve been here for 15 months now.

I love it. I’m thinking about opening my own place. I want to start small like a bar at the beachside or something, [and then turn it into] something like The Dove. Fancy but casual, proper service and everything.

Life as a bartender

My favourite part [about being a bartender] is making up new drinks, being creative. Making a shot that no one ever saw before that actually tastes good.

The last drink [I made] was a strawberry vodka lemonade, and that one was really well received. Basically, cherry vodka, margarita mix sweet and sour, triple sec.

One right now is a passion-fruit cosmopolitan. But every week we’re trying to make new drinks. I do not drink that much. For my birthday I’ll drink some wine or something on occasions. More specifically, Malbec.

[At Village Cay] we’re doing karaoke every Thursday, and Candy Man — he’s a live one-man band — every Saturday night. That was a big thing before the hurricane: Everybody would come to see him. So he’s back this Saturday and that’s gonna build back up. And we’re gonna try to do pool parties and everything.