In their Words: Eddie Young

After Hurricane Irma, Mr. Young has worked both for his father’s business on Virgin Gorda — Young’s Maintenance Services — and as a bartender at the Coconut Lounge in the …

END_OF_DOCUMENT_TOKEN_TO_BE_REPLACED 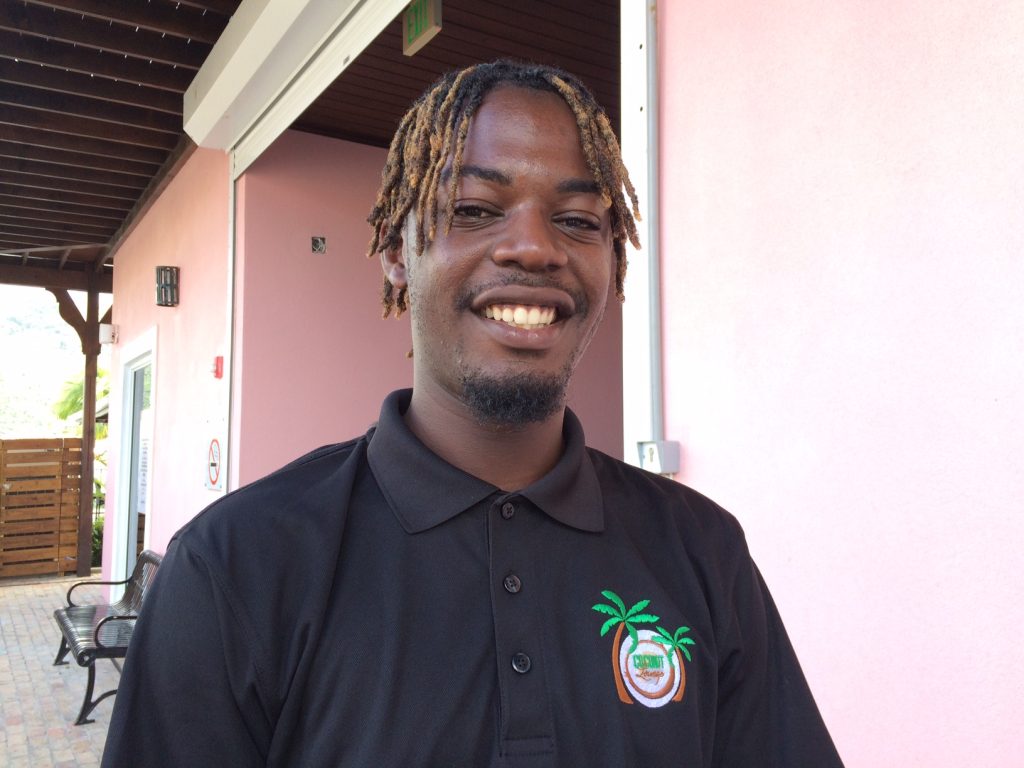 After Hurricane Irma, Mr. Young has worked both for his father’s business on Virgin Gorda — Young’s Maintenance Services — and as a bartender at the Coconut Lounge in the Tortola Pier Park. The following are his words, edited and condensed by Amanda Ulrich.

I wasn’t here [during Hurricane Irma]. Unfortunately, I was in New York at the time and the hurricane was coming, so I just cancelled my flight back and just waited about five to six months.

I got back in January, and from January until last month it was just constant work. Mainly my dad does house maintenance. We manage people’s properties and take care of them while they’re off island and make sure everything is in place for when they come back.

My dad doesn’t like to do work for just anyone because some people don’t like to pay for the work that you put out. So he tends to try to keep his businesses between people he already knows. If they say, “Okay, something has come up,” then he’ll totally understand. But to branch off — he doesn’t want to do that as yet.
We just got our trade licence after the hurricane, so it was like a blessing. Work just falls right in your hands, and you just get it done. When I got back, I worked. I’m the beneficiary [of the business], so if anything were to happen I have to take over. Yeah, it’s a lot of weight [on my shoulders]. That’s why I also go and bartend. I hate to just be home doing nothing.

I’m on [Tortola] so I can collect supplies. If my dad calls and he wants me to collect stuff to send over to Virgin Gorda for him, I go and get stuff like paint, or go to Clarence Thomas and get fittings, and send them
up on the boat. So I’m like the gofer.

It’s helpful for him because there are no banks on Virgin Gorda now, so I’m the guy that goes to the bank, collects the money, and gets it back to Virgin Gorda safely so he can pay whoever he had to pay. It saves him a lot.

I like to bartend, so I bartend. [The Coconut Lounge] isn’t really new. They were open before the hurricane and then after the hurricane, but they were damaged and stuff, so they opened back recently. I’m new to the bar, upstairs there.

We’re pretty busy every day, practically. Locals like the spot, so they come through every day, have a drink — or two or three. Fridays — we’ll be very busy on Fridays because everyone comes out then, and Saturdays also. And then for the rest [of the week] we fluctuate, up and down. Without the locals, your business will not run. You’re not sure if a cruise ship is going to come every day and whatnot, so we don’t just cater to the ships: We cater to everyone.

[The Tortola Pier Park] is doing better than last year actually. In terms of ships and business and stuff, it’s way better than last year. [Visitors say] the place recovered really fast. Everyone is amazed that we developed the place so quickly. They go on tours and they can’t believe that some of the houses have been built back from what they’ve seen from videos. It’s all very good comments so far.