In their Words: James Carr

Five years ago, James Carr left his financial services job in the Virgin Islands to pursue his dream of becoming a professional wrestler. Since then, he has performed for crowds …

END_OF_DOCUMENT_TOKEN_TO_BE_REPLACED 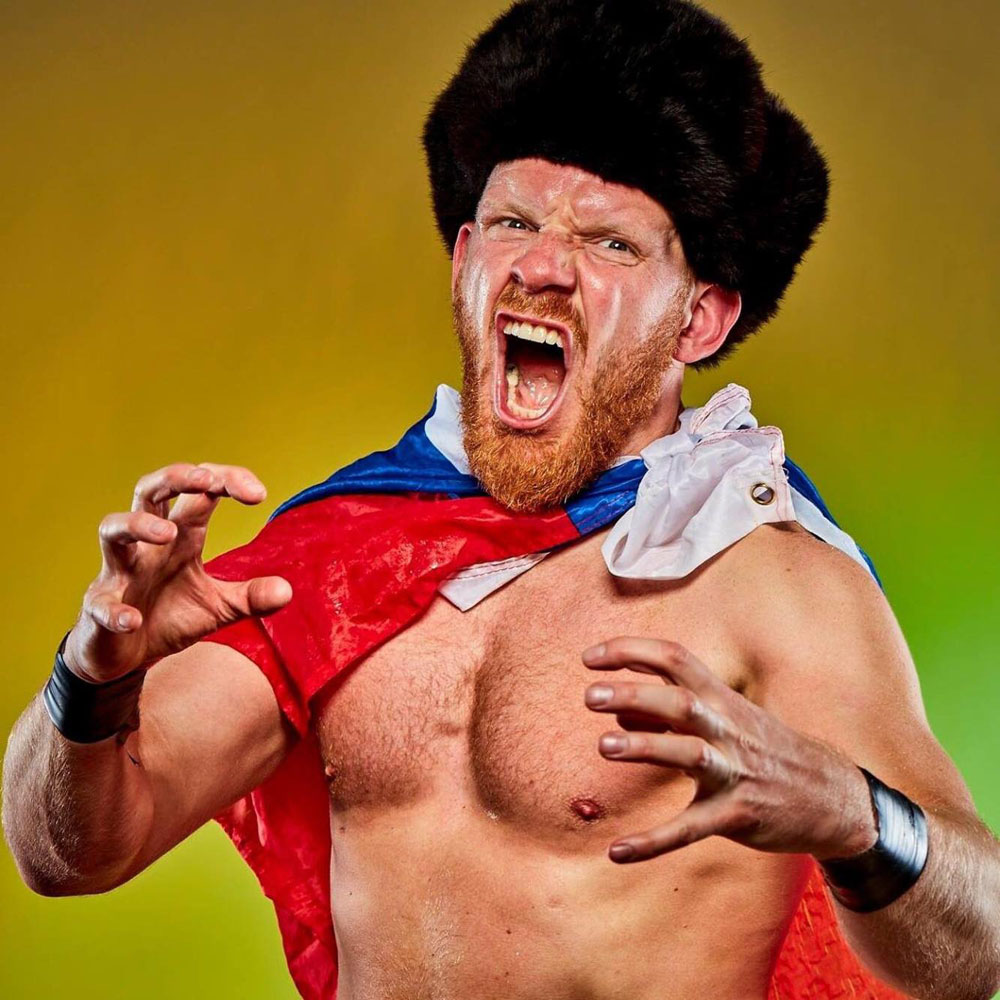 Five years ago, James Carr left his financial services job in the Virgin Islands to pursue his dream of becoming a professional wrestler. Since then, he has performed for crowds in the United Kingdom as his wrestling persona “Boris Koslov” – while still finding time to work for another VI and Cayman Islands-based firm, Kalo (BVI) Limited. The following are his words, edited and condensed by Amanda Ulrich.

I used to do big wrestling summer tours [in the United Kingdom] then, so it actually worked out quite well. I’d do a six-week tour, where we’re wrestling virtually every day, and sometimes do two shows a day. So you could be wrestling ten shows in a week. I’d do that for six weeks and then I’d come to the BVI for two or three months to work. I’ve worked for Kalo since, in between wrestling tours and wrestling shows in the UK.

That’s sort of the double life that I lead at the moment. But this time is the longest that I’ve been away from the BVI. Last time I left was in November 2015 and I just came back about a month ago, and now I’m here for two months.

[Managing Director] Paul Pretlove, who heads up Kalo, told me that we were back to being fully operational in the BVI after Hurricane Irma and moving into a new office.

It’s been a tough year with Irma as well, and some of the team had to leave and live and work in Cayman for a period of time while they re-grouped. Their team is now back up to its full complement in the BVI and I think Paul wanted an extra person who’s been in the BVI before that could help with the new office.

[Kalo] has essentially given me the opportunity to continue to pursue my wrestling career. If I hadn’t worked with them, I don’t know if I could have done all I’ve done in the last five years, really.

Back in 2013, it wasn’t so much that I disliked my [previous] day job, but wrestling was something that I wanted to do and I didn’t want to look back on my life and say I hadn’t done that thing I wanted to do when I was 8 years old — my dream.

It was a little tough when I first got back to the UK. The wrestling scene in England wasn’t that big of an industry and you certainly don’t make as much money doing that as you do working here in finance. That was a little tough, and I had to re-train and I started going on these wrestling tours. It was sustainable, but it was tough.

But now, [World Wrestling Entertainment] in America, they have a UK division that a lot of my peers wrestle for. ITV, one of the big TV channels in the UK, they now have a wrestling programme every Saturday. So suddenly there’s a lot of opportunity there.

I used to be a wrestler before I came to the BVI for the first time, so it wasn’t a completely pie-in-the-sky thing. I had done it for about eight years or so before the BVI. But I felt I hadn’t really given it a hundred percent before, and I thought I would always be thinking about it if I didn’t go back and try again.

I don’t usually do interviews as James Carr if I’m honest: This is first one I’ve done in a while. In the UK I’ll rarely break character now if there’s a camera in front of me. I play a Russian character called Boris Koslov. You can find him on Twitter, Facebook, Instagram.

I’ve built up a fan base, and it’s kinda the same way as when you watch a film or TV programme and if you were to meet the actors in person, you’d still want them to be their character.

Certainly there are elements of my personality within the character, but I’m usually not a fan of breaking that character.

If I’m in a place where there are wrestling fans, lots of them will know me.

We do one show at a particular venue [in Leeds, UK] and a lot of people there go to wrestling shows, so if I go there with mates on a night out a few people will recognise me. But just generally walking down the street I’d say it’s quite rare. But it’s starting to happen more often then it used to.

[In wrestling] there’s a combination of aspects of performance like acting or film, along with the athleticism of sports. I definitely like the performance as much as the athleticism. I always just enjoyed watching it as a kid and that’s what I wanted to do when I was older.

I would certainly like to be wrestling for the WWE UK division, or the World of Sport ITV program. There are a lot more promotions in the UK now that are getting bigger and getting more well-known.

I’d like to continue to get my name out there for as long as possible because I do enjoy doing it and I feel I’ve put in a lot of work and that I’m talented enough to get to that level. I just need to keep at it — that seems to be the main difference between the people who are successful and the ones who are not.