Kim Takeuchi: In Their Words

Kim Takeuchi, who has lived on Virgin Gorda for 14 years, is operations manager at Unite BVI. She competed in the stand-up paddle- board race in the 2018 VISAR Swim …

END_OF_DOCUMENT_TOKEN_TO_BE_REPLACED 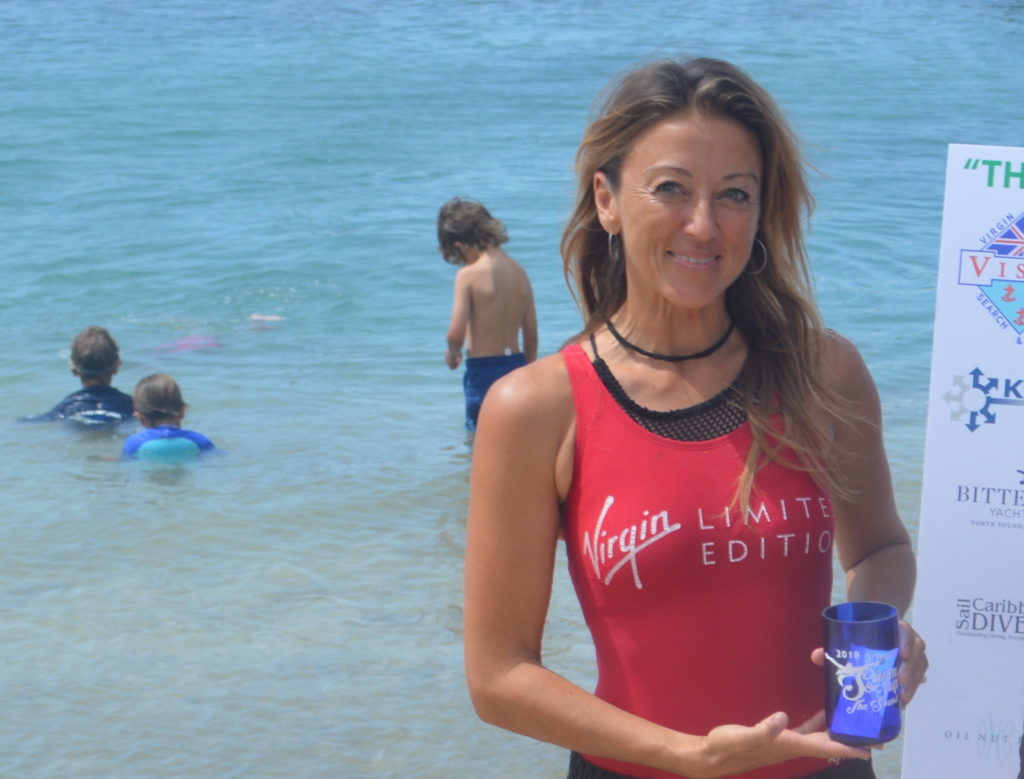 Kim Takeuchi, who has lived on Virgin Gorda for 14 years, is operations manager at Unite BVI. She competed in the stand-up paddle- board race in the 2018 VISAR Swim & SUP the Sound on Sunday and finished third.

Originally I came to work at [Rosewood] Little Dix Bay, which was a great opportunity, and then fell in love with the place. I’m from Vancouver originally. It rains a lot there. When I came here and I could find sunshine all around, it was perfect. It’s a small community feel in Virgin Gorda that I absolutely love. I think what sold me is the people, the community, the inspiration. And 14 years later, I’ve got my family here; I can’t even think about leaving. More than ever with the storm, I think it just solidified how important the people are — coming together to make a difference and impact in our community. We’re very close and bonded during that time and I’ve just been very grateful to be with people that I love and care about me. It never occurred to me to leave, and if it hap- pened again I’d stay, absolutely.

Immediately after the storm, I would say the resonating emotion was gratitude — gratitude for life, gratitude for each other — and I’m so grateful that on Virgin Gorda that was the initial reaction. After that, it was action. Everybody came together. We pooled resources; we organised and mobilised; a group called Virgin Gorda Recovery Operations Centre was formed, and that helped to get a lot of the resources stabilised and centralised. Then distribution came from there. I cannot say enough about Virgin Gorda and how the people here have rallied together and supported each other. I know it’s happening on Tortola as well. Now we’re working towards this upcoming season, so it’s all about trying to get another round of preparation going: knowing what we know now, how we’re going to do things differently and better this time, rallying and taking stock of what we have in terms of inventory and increasing if there’s possibility, to just to prepare ourselves and prepare our neigh- bours. We’re doing a lot of cleanup efforts right now, which is really important in terms of making sure that hazards don’t exist. Very grateful for Julie Swartz and her efforts with Green and Clean VI — recycling a lot of the galvanised and the glass — and Carrie Wright, who’s also working toward the plastic recycling on Tortola. And I think that just in general the community awareness is greater, the bonds are stronger, and we are so grateful to have good neighbours from all around.

At [Unite BVI] we have a lot of projects on the go right now. Some of our main ones are education: We are rebuilding the Bregado Flax [Educational Centre]. And then we’ve got several grants going out to other organisations, including [the Youth Empowerment Project] and [Mentoring Anointed Leaders Everywhere]. We are trying to spread ourselves across the BVI and give as much help as possible.

We partnered last year with Kadia [Turnbull, Miss World BVI 2016]. She was our spokesperson for the endangered sea turtle protection programme. We were just about to launch that programme when September hit. So Damion [Grange, chairman of the Miss World BVI Committee] has been won- derful. He said, “Let’s pick it back up, and each one of our contestants will take an endangered sea turtle and advocate for them.” It’s a fantastic programme because it’s something where we can be in the background but Miss World can be the face of that programme. And it’s just highlighting endangered sea turtles and our responsibility to protect them for generations to come. One of the coolest parts of that programme is featuring a local artist named Walden [Benjamin], who did all these amazing postcards. He’s a graduate of YEP. We had those postcards printed — they never made it to distribution. We are going to print those again and get him involved with the Miss World Foundation and just really launch it.

I love supporting VISAR; I think they are so invested in keeping us safe in the waters. And through the storm effort and the relief, they truly made a huge effort. This particular year felt important to participate [in the fundraiser] just because of the gratitude I feel to VISAR itself.

It’s not easy to organise on top of trying to get your homes ready as well as your communities ready. It’s hard times for a lot of people, and the stresses have increased, but hopefully people are feeling that there’s some resources there to empower themselves, and the knowledge we have now will help them improve their circumstances.