In their Words: Margarita Barry

Ms. Barry has lived in Sea Cows Bay for most of her 75 years. The mother of six is a member of the Sea Cows Bay Senior    Centre and St. …

END_OF_DOCUMENT_TOKEN_TO_BE_REPLACED 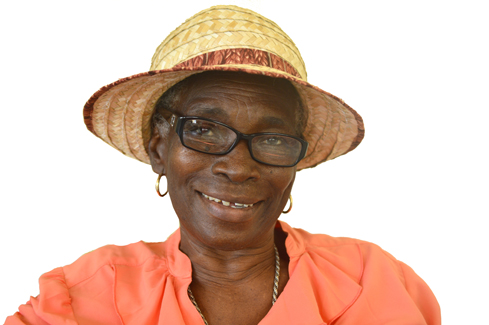 Ms. Barry has lived in Sea Cows Bay for most of her 75 years. The mother of six is a member of the Sea Cows Bay Senior    Centre and St. Paul’s Anglican Church. She spends a lot of her time gardening, and even though she’s retired her phone sometimes rings off the hook. “It rings all the time,” she said. “My grandchildren are always calling to see how I’m doing.”

I was born in the year 1940 at my mother’s residence in Sea Cows Bay. As a child I went to the Sea Cows Bay School. Augusta Forbes was my teacher, and I had a very good relationship with her. I later went to the Road Town elementary school. When I got to class seven, I left school, and I got married two years later. I was 18 making 19.

One day while I was till going to school, I saw this gentleman walking up the street, and he stopped and hailed me. I responded and said, “But I don’t know you,” and he said, “I am your mother’s cousin.” He then said, “Would you like a quarter?” and I said, “No, my mother told me not to take any money from men.”

Years passed, and it happened that I went to my mother’s house one day in Nibbs Estate and I saw him there. He said, “This is the same girl I saw years ago. I always loved her and I am going to get married to her.”

My heart moved and I really fell in love with him from that moment. We loved one another, and then we got married and I got six children with him. His name was Victor Barry.

We lived a very happy life. He burned coal, he cut wood, he worked the ground, grew yam, potatoes, provision and fruit trees. I still have fruit trees in my house, some of which he planted and some which I planted since he [died]. We had a very good life.

I stayed home and I never got pregnant until two years after I got married. As a stay-home mom, I would get up very early and make breakfast. I baked bread on the coal pot in an iron pot, with tin and fire on the top. I made that every morning. I would make sandwiches for my children every morning to take for lunch. In those days, we had cows and we would milk the cows and make tea from the milk. We had to go up the ghut to get some water, and after that we’ll get water from the well and put it in drums outside our houses. This was before we learned to build cisterns.

Sea Cows Bay didn’t have so many people and houses then like we do now. It was a very quiet place. In the evening, the parents would play with the children. We would play rings, skip and pudding — hopscotch. We used to have a very real good time.

For most women then, we used to go to each other’s houses. We grew pumpkins and bananas. When my pumpkins were ripe, I’ll cut it and take some to the neighbour and we would all have soup from the same pumpkin. Our husbands went out to catch fish and we shared. We never used to sell like people do today. We always shared, and I still share up to now. We never sold: We just gave to others and they gave what they have.

Eventually, I went out to work. I got a big bus and I used to cook food and sell. I used to wake up at 5 a.m. to cook. Cable & Wireless wasn’t too far from us, so I would take some food to sell to them. I would later go to town and sell some food. There was a police station in Road Reef, and I would go there and sell to them too. Finally, I would go stay at the market to sell there.

Before I had my own bus, I worked at Virgin Queen, cooking food for them. I also worked at a place at Waterfront called Elena’s. Virgin Islands cooking has changed a lot since then, and it is very expensive now. I used to sell my food so cheap. Now if you want a plate of food, you have to pay $10 to $12.

We have come a long way, though. It’s a good feeling seeing what I did before and what is done now. To me, I think the food doesn’t taste as good these days. For instance, I bought my chicken and fish and had to clean them, season them; then I seasoned my fish or chicken overnight. People used to enjoy the food and looked forward to it.

People tell me all the time that I don’t look 75. I think the secret is hard work, and I take good care of myself. I eat well and correctly; I just don’t let anything bother me. I don’t worry, and I am always happy and smiling. It makes me feel good. I pray a lot, and I always keep in touch with the master: My mother brought us up in the church and I never faltered from that. I continued as the years went by; paid my dues; carried my children and grandchildren to church and even taught Sunday school. I am in the choir in St. Paul’s Anglican Church. I think I had a very pleasant life. I enjoyed it. If I had to live it over again, I wouldn’t change a thing. I’m quite satisfied with my life.