In their Words: Meleni Khan

Ms. Khan (far left) is working with her son, Farrari Khan (far right), a leukaemia survivor and a grade seven student at Cedar International School, to run their new nonprofit …

END_OF_DOCUMENT_TOKEN_TO_BE_REPLACED 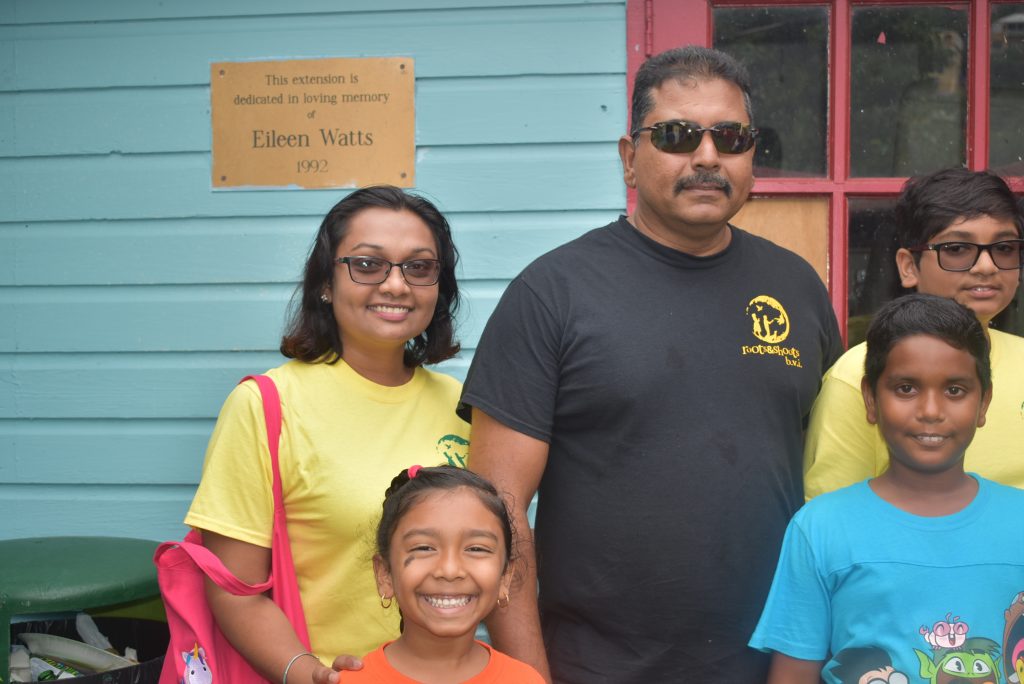 Ms. Khan (far left) is working with her son, Farrari Khan (far right), a leukaemia survivor and a grade seven student at Cedar International School, to run their new nonprofit organisation, Roots and Shoots BVI. They recently donated $500 to the Humane Society of the BVI to help it rebuild. Below are her words, condensed and edited by Claire Shefchik.

Medical treatment
The reason why he’s doing this is because of his illness; his immune system was so low. He didn’t have any white blood cells. The doctors that treated him had the same problems as him when they were small and that’s what made them want to become oncologists and hematologists. That’s his passion as well. He wants to help others. He is welcome there at any time at an internship at the University of Miami.

Redefining kindness
Roots and Shoots is a youth-led community learning programme. It was originally founded by Dr. Jane Goodall, who is a primatologist, and it’s widespread across the world. [There are] over 6,000 Roots and Shoots programmes in 130 countries around the world and none down here in the BVI. When we found out that, we thought, well, it’s a great idea to start one.
So Farrari did a science project last year where he found out all about these great things and was very in- spired by Dr. Jane Goodall. After that is when we learned about Roots and Shoots, so we started to explore how we could introduce that here. And the first thing that we did was a project called Redefine Kindness. So we created some cards and we sold the cards for $2 for the students of Cedar School and [Century House] Montessori School, and we still do have it on sale at our Facebook page. We generated the funds from that to donate here to the BVI Humane Society.

Family time
We undertake different projects that benefit different causes, so we also raised funds for BVI Cancer Society. We have almost $800 that we’re going to give to them. We planted trees at the Montessori School and Cedar for International Peace Day. We have a daughter also in Montessori, so it’s easier to coordinate, but of course we would like to do things for other schools as well. It’s just a matter of getting there, since we just started. Right now we are trying to found a family board game night and the whole idea of that is to bring the kids. They’re all now really attracted to the screen. They’re always looking at videos and all of that and we don’t have that family time as in the past. So we’re trying to bring that back to expose them to how much fun it can be just sitting down with the family with a board game, learning communication skills, and [with] their parents reminiscing about their young days when they used to enjoy board games. We are looking for the support to make that a success.

Helping animals
Farrari and his friends came to volunteer here last year prior to Irma and they helped with the dogs, like groom the dogs, bathe the dogs and all of these things and spend time with them outside. They had a great time. Then we were away on a medical issue when Irma happened, so he was so sad when he learned about all the dogs and what happened here. So we thought the first thing that we wanted to do for Roots and Shoots was to raise funds to help here. Roots and Shoots is all about forging relationships and helping. That is why we chose that: because it falls in line so much with what [Farrari] likes, who he is. The doctors had given us a time period where he couldn’t be exposed to animals. He was so hurt by that, because he loves animals so much and he couldn’t pet a dog or a cat and he said, no, that’s not fair. He can touch them now, but we will choose a time for that. His friend Owen was here as well. He was part of the group when they volunteered here. Other friends as well. They all love this place. Even when they finished their project last year, they were still coming here on Sundays because they loved the dogs so much.