In their Words: Naudia L. Turnbull

Ms. Turnbull, 23, is the creator of the Qartoonme series, a collection of short comedic online video cartoons that portray some of the frustrations of Virgin Islands life after Hurricane …

END_OF_DOCUMENT_TOKEN_TO_BE_REPLACED 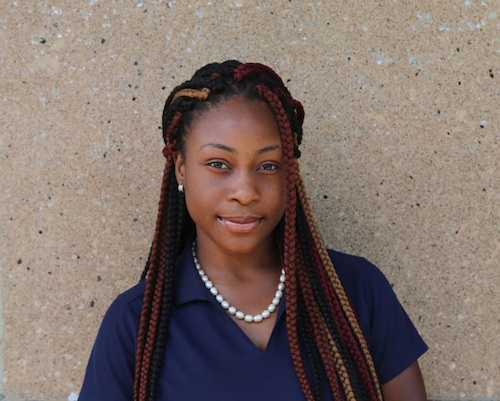 Ms. Turnbull, 23, is the creator of the Qartoonme series, a collection of short comedic online video cartoons that portray some of the frustrations of Virgin Islands life after Hurricane Irma. Her first video focused on internet difficulties and her second was about power loss and mosquitoes. She plans to release a third next month. Below are her words, condensed and edited by Conor King Devitt.

I’m very much into video production and animation, and that’s what I went to school to study. A part of me was bored on the weekends and I was thinking what could I possibly do as a video blog and I was also learning animation at the time because I was teaching myself the new programmes that I found.

I [thought], “What’s the most frustrating thing?” And one of the most frustrating things while I was trying to make the video was actually [that] the internet sucked, so that was my first inspiration for the first video. I just felt like people could relate but at the same time I didn’t know that it could become such a big influence. I didn’t think that so many people would see it. It was just for fun.

I really wanted to start my own series; at the same time I wanted to produce something that hadn’t really been done much in the BVI before, and I thought that would be a cool way to do that.

[I’ve created] two videos. I think right now it’s more relatable with the topics that I’ve chosen, and I want it to eventually grow beyond that.

But right now I would like to have people relate to the character and just have a laugh, because they aren’t that long either. They’re just quick short videos. I have been very surprised by [the community response], the way that it just spread so quickly.

I was surprised because I live on Virgin Gorda and I heard everyone else on Tortola was sharing it. I am very appreciative as well that everyone likes what I do. [The internet companies] actually really liked the video. Only two out of three really reached out, but the ones that did reach out said they liked the video and they were very impressed and there was no hard feelings.

[The cartoon character] is based on me, but it is inspired by my Bitmoji. It’s inspired from the Bitmoji I get from social media and Snapchat, and I just thought it looked really cool. I tailored it to look as much like me as possible and then I created my avatar based on the design of that. I wanted to be able to use the stickers that came with it to post on comments and stuff like that.

My major was communication with a concentration in film, video and media. I went to school at Western Michigan University. I came back to Tortola [after finishing] and only recently moved to Virgin Gorda for work. I’m the marketing assistant at Oil Nut Bay. I’m born and raised here.

I would definitely like to try and expand the cartoons but I would also like to do live-action, probably a local movie. I just would love if I could partner with other local BVI filmmakers and just do something that was by us for us and could possibly be relatable to the whole Caribbean at the same time.

I’m mostly an editor. I do have a directing and creative directing background. I used to work for Caribbean Broadcasting Network for a short time, but I was mostly freelancing so I can’t really say I was employed with them. But I’ve done a couple of projects with a few people in the British Virgin Islands. Mostly freelance.

I’ve been in a few competitions for the Telecommunications Regulatory Commission, also working on commercials for different businesses. Lady Sarah’s — I did a commercial for them recently and I did photography for them as well.

I think [Virgin Islands filmmakers] have grown a lot actually even though the growth might seem individual. Individual persons have been growing and getting better at their craft. As for filmmaking as a whole, I really can’t say because we never really connect as an organisation or association.

There’s not really a filmmakers’ association, which I would love for there to be in the BVI. But I do know there are fantastic filmmakers and creators in the British Virgin Islands and I would definitely say that we have grown as a talented community.

Right now, [the next video] is up in the air. I’m focusing on making new characters. As soon as I get more characters done I’ll get a new storyline, but it’ll definitely be about something in the BVI that probably makes a lot of us frustrated and suck our teeth, because the theme mostly goes with sucking our teeth.

[The main character] always sucks her teeth in the video. It might be something similar to what was done in the past that everyone can relate to.

I want to encourage anybody else who is interested in animating or anybody else who wants to get into anything film-related or creatively expand their minds. I want them to try it. It doesn’t matter if it’s big, small, if they think it’s great or not: Just try and put it out there and don’t be afraid. And if anyone wants to work with me on new animations, I’m completely open to it as well, and I’m super psyched to work with other animators in the BVI.