In their Words: Ralph Lewis

Ralph Lewis is an emergency medical technician and the founder of Lifeline Transport Service, which this month received a Kickstart microloan from Unite BVI. Besides his efforts to revive his …

END_OF_DOCUMENT_TOKEN_TO_BE_REPLACED 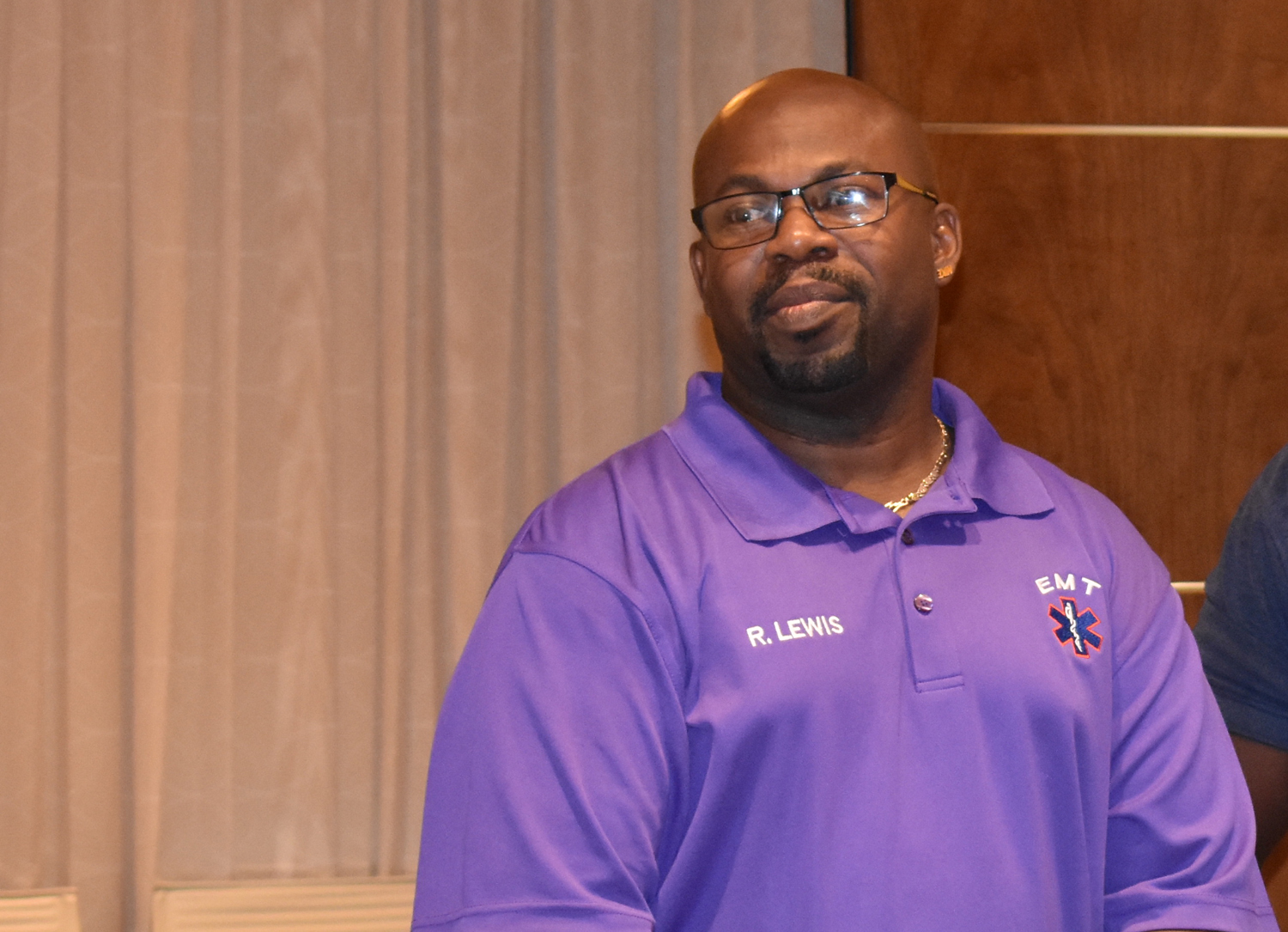 Ralph Lewis is an emergency medical technician and the founder of Lifeline Transport Service, which this month received a Kickstart microloan from Unite BVI. Besides his efforts to revive his business, he currently works as an EMT at Peebles Hospital. Below are his words, condensed and edited by Claire Shefchik.

I went to a few elderly homes and what really pushed me to make the sacrifices involved in starting the business was I went into the home of a lady in East End and she was septic. She had septic shock. She ended up in the hospital with really bad bedsores. It turns out they would not get her out of the hospital to the clinic and do the follow-up checks and change her dressings because they didn’t have the means of getting her out of the bedroom and downstairs. And the little bedsores that started small got worse because they didn’t have access to the equipment they needed to move this lady.

That really hurt me to know that she got that bad because of something simple. So I spoke with some of my colleagues and we all basically had the same idea. We said, you know what, let’s just do this thing. So we’ve been operating for about three years.

Lifeline is designed for people with kidney dialysis; people who need to go to the hospital regularly and have a difficulty with transportation. Non-emergency transport.

We also do standby service for major events. If you’re hav- ing a concert on the beach and you’re concerned, we can do a standby situation so if anything goes wrong you don’t have to wait for an ambulance from the hospital.

We’ve been struggling for a few years. The problem is getting the public to understand that [our] ambulances are not responders, because when you think about emergency services  on Tortola, you think Peebles and that’s where the buck stops. We have a specific number persons can call to reach us, but we’re trying not to do emergencies. Emergencies get into an interesting area of payment that we’re not ready to go into. If you got into an accident that broke both your legs and one of your arms and you live on the third floor, you call 911. Peebles would take you to the hospital, you get your treatment, and you get your cast. When you need to get home and onto the third floor, you call Lifeline. We’ll take you out of the hospital, up the stairs and into your home.

If you need to go to the follow-up medical appointments, you call Lifeline: We come back home, on time, safe and sound. Our ambulances are fully equipped. If en route something happens unexpectedly — you go into a panic — we are fully equipped to deal with that in our ambulances. We also have standby staff that we can call.

We used to be in Sivam Home Healthcare in Port Purcell, but since Hurricane Irma came in and tore the whole place up, we are completely on our own. Two of the back windows [on the ambulance] got damaged and the two front windows got damaged. We took a lot of water damage as well. It damaged supplies and everything. The vehicle itself took some structural damages but we’ve repaired the windows, cleaned up the inside, and we’ve replaced some of the equipment. The most expensive [pieces of ] equipment are still on the to-do list.

I actually started with the BVI Red Cross in high school. One day I went to my first-aid test at high school, and there was a paramedic who came in to grade the test and one of his comments was, “You have a natural knack at first aid. You would do good as a paramedic.” I remember those words to this day. After high school, I actually went to the hospital to apply for the job in the EMS field, but at the time they only had orderlies operating ambulances, and I said that’s not what I wanted. So I joined the Fire and Rescue Service. I worked with Fire and Rescue for eight years, [and then I took] the EMS and the national registry exams and have been working as an EMT since then.

I teach first aid, CPR and basic life support. My concept is the more people know this in the BVI, the more people are trained, the safer the community is. Lots of times [in an emergency] there are lots of people standing around, no- body knows what to do, and everyone’s taking video or WhatsApp and Facebook. Everybody’s videotaping the injured and there’s nobody helping, and even if they’re helping, they don’t know what to do. Sometimes they make a bad situation worse.

I am partnering with [H. Lavity Stoutt Community College]. I’m on their list of classes for the upcoming semester, but I have my equipment. If your office is in West End, I can come in to your office and teach the course right there in the office. It’s an eight-hour course and you get a certificate at the end of the course that is accepted across the US, Europe and Canada. When the course is completed, you get [refresher] videos every week. To a lot of people it’s new information.

I was in Rite Way one day and I was waiting to check out and there was one child that kept tugging at his mom’s clothing and pointing to me, and I said, “Hi, do you know me?” He was little shy and whispered to his mom and she said to me, “Yes, he’s telling me you’re the guy in the ambulance who picked him up when he got hurt at school.” This was about a year and half before, and he remembered me a year and a half later. I had no idea. I couldn’t remember the incident, and I get that a lot.

Folks meet me and quite a while after that they scope me out and say, “Thank you, you did this.” To know that at the lowest point in somebody’s life when they are not able to help themselves I was able to step in and absolutely make a difference in their lives, and now they come back and say, “Thank you for helping me when I couldn’t help myself.” That’s one of the most satisfying aspects of my job.