In their Words: Raphael Singh

Mr. Singh, 28, works as an air traffic control officer for the BVI Airports Authority. He also has a private pilot licence, an instrument rating and commercial multi-engine land rating. …

END_OF_DOCUMENT_TOKEN_TO_BE_REPLACED 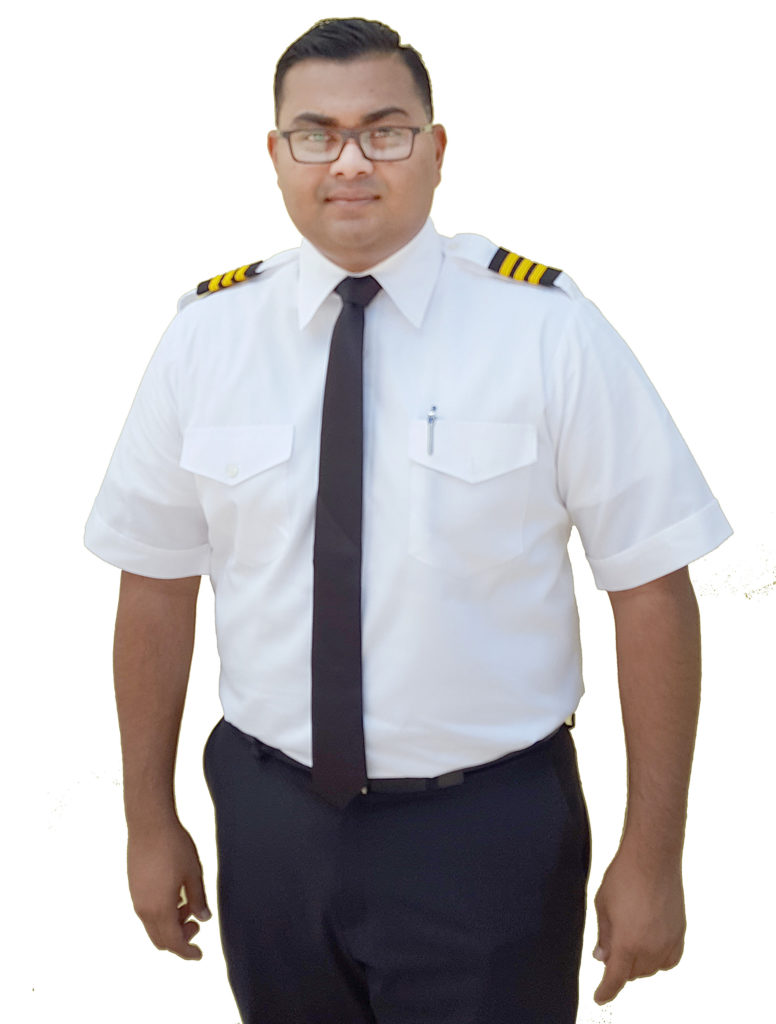 Mr. Singh, 28, works as an air traffic control officer for the BVI Airports Authority. He also has a private pilot licence, an instrument rating and commercial multi-engine land rating. He is working towards flying commercially full-time.

I always loved aviation since growing up and I continued to pursue that while working during my off-time from high school. I started doing part-time work at Cape Air, helping those guys with the check-ins and escorting passengers out to the aircraft. My main goal was to become a pilot, actually, and since I couldn’t start right away out of high school I took the job at the airport working in the air traffic control environment. It’s the second closest [thing] to being in the airplane: You’re talking to the guys in the airplane and you’re also controlling their movements, so that was pretty cool. The government granted me the opportunity to go study that, and in return I came back and worked for a number of years as a payback.

Eventually, I wanted still to pursue my flying career and I decided to go and apply for a part-time job at Seaborne Airlines just to get some more money. I did Seaborne for two years and then I went away and got my pilot’s licence. I went away for almost a year. I did my flight training in Long Island, New York. I was on a study leave from the air traffic control tower. Once I finished flight school I came back home, so I’m now pursuing my flight hours in a sense while still working in the tower full-time. It’s quite difficult because Tortola has limited aviation in terms of younger pilots. Most of the companies here operate on a charter basis, so you can only fly and log the hours once [the planes] are empty. The chief pilot is usually the guy in the left seat: He is the captain. If I am flying an empty leg, I would fly the left seat as the captain piloting in-command, and that’s how I’m able to log the hours, but I’m intending to start a new job hopefully really soon. I’m studying the material right now, so I can be able to log multiple hours by being on the right seat as well. It’s a step up from where I am now, and then I will continue to pursue that in the distant future. [I hope to be flying] full-time maybe in the next year.

It is hard for [aspiring pilots in the Virgin Islands], the reason being they don’t have the system as to where they start. For me, I pursued working at the airport, and got in to know the environment, and I was able to ask around and get that information to help me along the way. You have to put your mind to it. It took me about seven, eight years just to get in a pilot’s seat at a flight school. But I knew from when I was younger that I wanted to be a pilot. It is tough to pursue flying, especially in the Caribbean. There are not a lot of flight schools. There is a local flight school in St. Thomas, but the money that you spend going back and forth, transportation-wise, it doesn’t work out. Most flight students, what they will do in the US mainly, they will be certified flight instructors and they will log the hours while teaching students to fly. Now for me, since I took a year out from my job at the tower, I just couldn’t pursue it because they required me to come back home.

[In the tower] we started back operating the Friday after the hurricane. Saturday, I was in the compound. The military came in. We had all of our communications pretty much down. Our communication agency and our responding agencies were all down, and the military stepped in to helped us get that equipment back up. The Puerto Rico airspace controlled most of our traffic in and out. They have a sector that would assist in terms of air traffic. It was hard for us to know what aircraft was coming into the Virgin Islands as aid and what aircraft was coming as a relief until they got onto the ground. Then we knew.

We assisted both private and scheduled airlines that brought in aid to the country. Some of the aid did come to the air traffic unit, because the Puerto Rico air traffic guys got a plane and they brought some stuff over for us. That was pretty cool. They assisted us with getting hygienic stuff, water, clothes, medical supplies. It was hectic for a few weeks because of all the military aid that was coming in and soldiers, and there was not enough equipment to handle all of the supplies that we were getting into the country. We had to use airline equipment and the military took completely hold of that and assisted otherwise. I would say [things got back to normal by] late October. We had our shift going back from the hours of about 7:30 [a.m.] to about sunset, and any aircraft that would want to come in during that time would have to send us prior information.

My long-term goal is to become a commercial pilot. I would take an airline job over anything else because it requires more hands-on training in terms of understanding the work flow. It’s proper, rigorous, [and] keeps you up-to-date in terms of your ratings. You’re more punctual than working at a charter company locally. But I would take a corporate commercial job because I like the corporate environment, I like being around the private jets, the bigger jets. I like the style that they acquire. I can pick up if the owner calls and I can go wherever he wants to go for a period of time. I like that more than being in the local corporate environment. Re-location [is likely]: I would take that any day. [I’ll take] whatever job comes my way.

A love of aviation

It all started when I was living Guyana. That’s where I was born and my mom left and when she came to let me migrate [to the VI], the first thing I was on an airplane and [it was] gonna take me here to my mom and [I thought], “I’ll take that any day.” And I just fell in love with being inside of an airplane. As for flying, there’s nothing better than being in the sky. They say one mile of runway can take you anywhere and that’s what the feeling is like.