In their Words: Ria O’Hagen

Ria O’Hagen is the owner of Odd Box, which opened in 2015 and sells crocheted toys and other arts and crafts. After the original location near The Moorings was destroyed …

END_OF_DOCUMENT_TOKEN_TO_BE_REPLACED 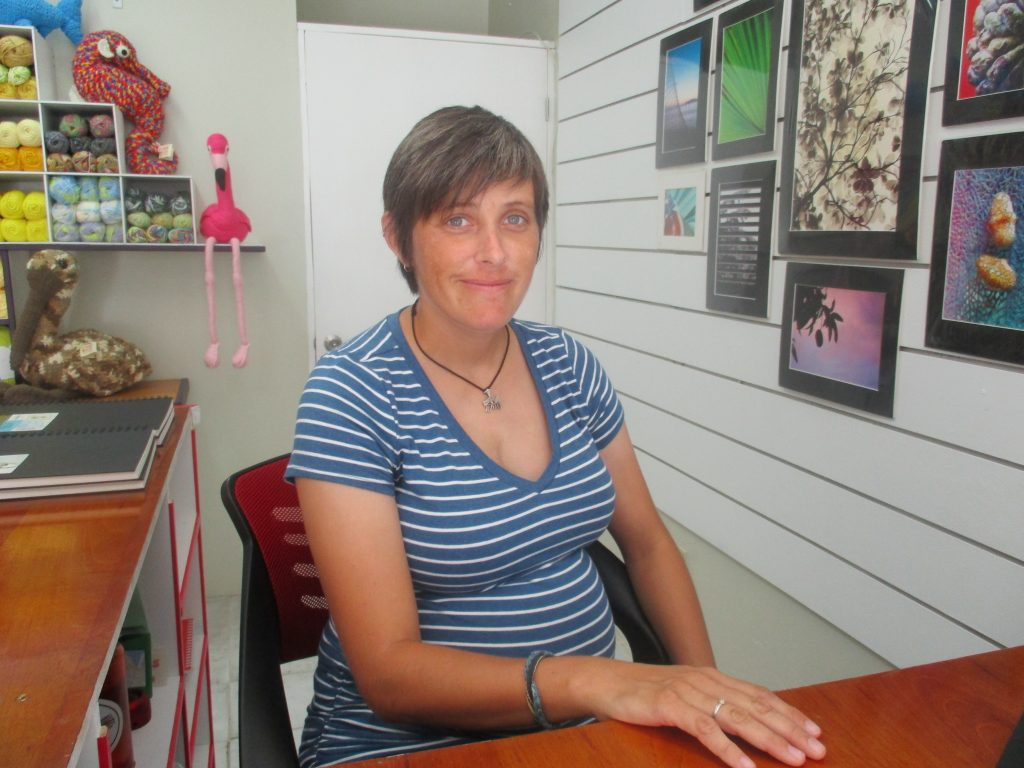 Ria O’Hagen is the owner of Odd Box, which opened in 2015 and sells crocheted toys and other arts and crafts. After the original location near The Moorings was destroyed in Hurricane Irma, she relocated her business to 90 Main Street in August. Below are her words, condensed and edited by Claire Shefchik.

The last year has been incredibly hard but I’m really excited to be back in business. I lost a fair amount of my stuff, which was unfortunate. Now that I’ve got the shop I’ve got restock coming. I lost a lot of furniture, a computer, just because I moved everything away from the windows and put it behind the counter, thinking that would be safer. And then the roof came up above the counter, and the windows were fine. It would have all been good if I’d left it where it was. But you know, you can’t know these things.

The roof [of my house] came off and landed on my car. This year has been particularly hard for me with no shop, no car and no house. My husband is lucky he still had a job. If he hadn’t kept his job, I don’t think we would have got through. He still works for Sail Caribbean Divers. They paid him all his wages fully throughout the rebuild. I think he had a month off unpaid. We went to England in October. I went longer than he did because I didn’t have anything to be here for. I came back at Christmas; he came back after a month because he had a boat to rebuild. They lost all their boats, but he rebuilt two of them to salvage and get them back in the water. That was why he needed to come back. If we hadn’t had that we wouldn’t have stayed.

I’ve only been back here since just after Festival. It’s been slow so far, but I’m getting a lot of walk-through customers, which is nice, because I didn’t have any passing trade when I was upstairs before. Main Street seems to be a good spot: one or two customers every day. I never had cruise ship customers before; I had a couple that came specifically to see me because they’d been referred by one of the shops in the cruise ship pier. So I’m looking forward to having some tourist trade for the handmade stuff, because typically I only sell that to locals or sold it through somebody else in dive shops or the cruise ship pier.

I was trying to get this location [on Main Street] since actually last July, and as soon as I had it I ordered more stock to get going again, and now I’ve got more on the way. I was [moving before Irma] but didn’t quite get there in time. I wanted this location before I took the last one, but the rent was too high. We were only open part-time at first and there was no way we would be able to run the business part time and pay the rent here.

I do miss having my car because it was a good advert for Odd Box. It was a little blue 1979 Mini. I used to park it outside; it had the Odd Box logo on the back. That used to get me a lot of customers. On days when I didn’t have that car, when I had to drive my husband’s Land Rover to work, for a delivery or something, and I needed a bigger car, people just wouldn’t come in because they thought I wasn’t there. I do kind of miss that, but we’re rebuilding that as of September. We already rebuilt it once, because it’s a nice 1979 car. It did pretty well. It’s my first car. She’s my baby. She needs to get back on the road. We just spent 10 grand rebuilding that car. It’s cost us a ridiculous amount of money to bring it in again. It’s more than a car. The Minis are part of the family. They’re not just cars; they’re babies.

One year after Irma

I think it feels like it’s coming back to normal to some extent; it doesn’t feel as
stressful as it did. I know there a lot of celebrations happening in September and I don’t know that I feel that I can celebrate that. That’s not how it feels to me. I think once I’m back at my house I might gain some sense of normality, because I still feel displaced. I’m living in someone else’s house. I’m in a completely different part of the island. [Our house was] near Hodges Creek Marina, near the dive shop, which really makes it difficult because now both of us have to commute rather than one of us being able to walk. When you have two 1970s cars and a fairly unreliable Land Rover, one of you needs to be able to walk to work. It’s a lovely view but I’d rather be where my friends are. It does feel easier, but I still don’t cope very well with it.

I try to keep my eyes down when I’m walking. I don’t look at stuff while I’m driving the Ridge Road because I don’t want to see all the houses with roofs off, because it makes it hard to concentrate. I walked into town the other day out to pick up a bottle of water and then come back with my business partner, Anya Brewley. As we were walking down the road she went, “Oh, Palm Grove’s gone.” And I went, “Yeah, it is.” I literally just walked past it this morning. I had not registered it. I just don’t look at the stuff that I know is damaged. You get desensitised to your local surroundings; I stopped noticing how bad it was where we were living. The roof was gone, the windows are out. You stop looking at it. I’d rather go to Long Bay, Beef Island. It’s the best. I love it there. It’s disappointing now there’s cruise ships there. I used to pull up and see a car in the car park at Long Bay, and I’d be annoyed.