In their Words: Sanjay Surtani

Sanjay Surtani, a gemologist, is the director and co-owner — with his wife Veera — of House of Luxury, a jewellery store in the Tortola Pier Park. The following are …

END_OF_DOCUMENT_TOKEN_TO_BE_REPLACED 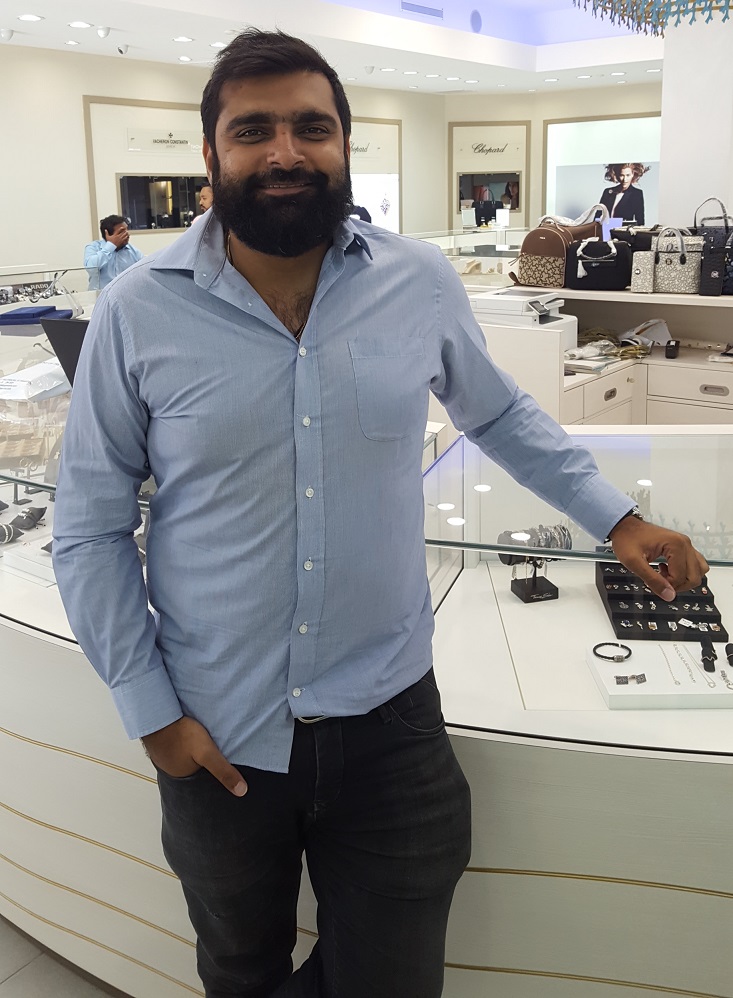 Sanjay Surtani, a gemologist, is the director and co-owner — with his wife Veera — of House of Luxury, a jewellery store in the Tortola Pier Park. The following are his words, condensed and edited by Conor King Devitt:

We’ve been in the BVI for about two years now since we opened up this business, which was in February of 2016. We’ve been in this industry, which is the jewellery or retail industry, for 28 years. We started in 1990 in St. Maarten, and this opportunity came up a few years ago and we decided to diversify and branch out. We obviously went through Irma, so even though we’ve only been here for two years it seems like we’ve really been here longer and seen a lot, experienced a lot. Before St. Maarten we were based actually in West Africa, in Liberia. My father was there for a long time, but I was very young. I left in 1988 or ’89 when I was 4 years old. [I spent] one year in India and then moved to St. Maarten once we found a new home. I grew up there. I went to primary school and high school in St. Maarten and then studied in the UK for a few years and then moved back to St. Maarten in 2009.

Initially [my business] was started by my grandfather and father. They weren’t really necessarily into this industry but they were merchants in general, so we started off really small. We were doing jewellery, but it was a lot more based around silver and very inexpensive watches and those things, and over the years as the industry changed they changed with it and now we do a little bit more of a luxury lifestyle rather than just the regular stuff.

It has been obviously harder to sustain [in the months after Irma] because we’ve lost two to three of our four avenues of consumers. Obviously, we’ve lost cruise tourism, lost a lot of stay-over clients because most hotels are closed, and then even temporarily and going forward because of what’s happened we’ve lost a lot of corporate business. So we’ve had to change our product range a little bit and concentrate a little more on the local market, which hasn’t been a bad thing because under normal circumstances we wouldn’t have been able to develop this market the way we would’ve liked to. Because you have so many things going on, it’s kind of hard to spend the time really developing it. So in a way its obviously slowed down our business, but it’s a blessing in disguise because we can actually concentrate on one single avenue and build on it. It gives us a little more of a consistent business.

With the cruise ship tourism, we did start to see some back in January, but it was very minimal and it was ships which aren’t necessarily what we consider huge spend ships. Those we’re expecting to come back in October if not sooner. [The Disney and Norweigan ships] are considered the bigger spenders, because obviously the sheer volume of passengers, and we actually get the best ones, so they tend to have a higher spend. We’re hoping that we have no bad weather this hurricane season and we’re good to go by October, if not sooner.

With different markets, different products attract them. Certain brands might be popular to certain parts of the US or to Europe, which may not be as popular locally because [people] have just been brought up in a different environment. So what we’ve done is we’ve shifted our products. To give you an example a brand like Gucci is very popular over here, locally. We’ve managed to expand that and improve on that. [We’re] learning more about the market, what they like over here, what they purchase. We’ve tailored ourselves a bit to that. There’s obviously a big taste difference, especially when it’s a BVIslander/belonger versus a regional expat versus an expat from Europe or the US, because you’re exposed to so many different things, so aesthetically there’s certain things. The first thing that comes to mind is that expats from Europe or the US tend to prefer white gold or silver, whereas locally yellow gold is a lot more prominent. We’ve increased our range of yellow gold versus white gold. Those are small changes we’ve made which have had a bigger impact on what we sell and how we’ve been able to survive.

It’s a family-owned business, so if I don’t like [a product] or my wife doesn’t like it, it’s not in the store. We’re unable to sell things we don’t really like. Everything over here are the brands that we’ve chosen: We would wear it. Whether it’s a $28 piece or a $28,000 piece, it’s something we would wear. I would gladly wear anything in here.

Another good thing about us is we’ve able to concentrate on our customisable business. We have our own jeweler in house so we’re able to make almost anything for you. We found over here a lot of people are very proud of who they are, so we’ve made a BVI bangle which did really well for us. We made it in gold and eventually we’re going to start making it in silver so that it becomes more affordable. We’re able to make initial pendants, name pendants, all customisable work.

We consider ourselves very blessed. Our home was not touched very much by the storm. We had a little water come in, but apart from that we are very lucky. We’ve been using this time to travel, which we normally wouldn’t get to do in retail because we need to be here on the floor at most times. We try using the business to give back. We helped a few students visit some universities recently. So we’ve been trying to do whatever we can. We consider ourselves very lucky.