Mr. Dore, aka DJ Fireblaze, plays at clubs and private events around the Virgin Islands, including last Sunday at Wet Fete on Long Bay Beach. Below are his words, condensed …

END_OF_DOCUMENT_TOKEN_TO_BE_REPLACED 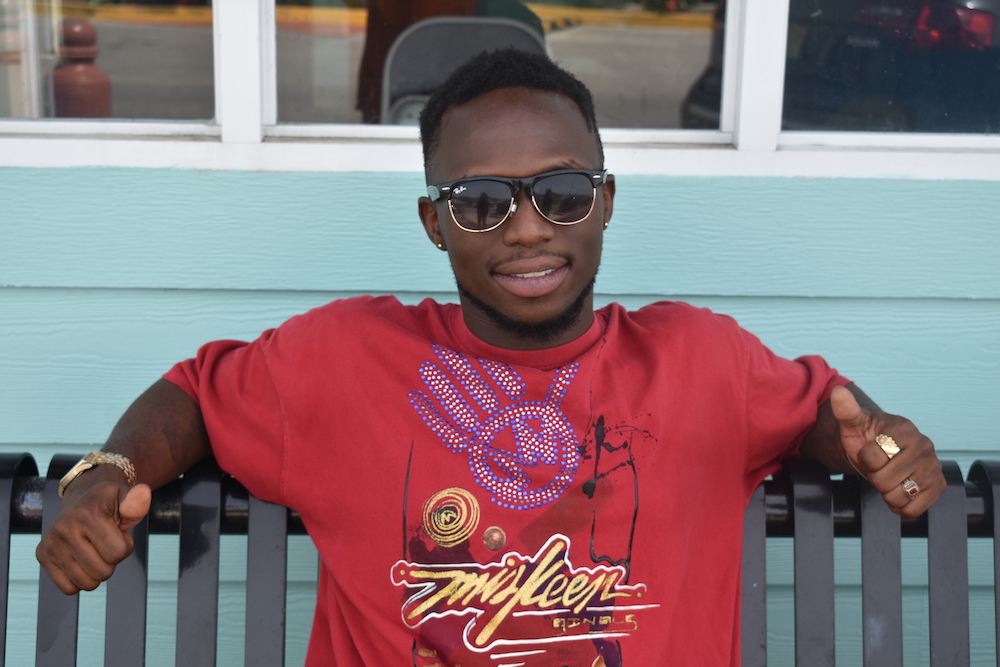 Mr. Dore, aka DJ Fireblaze, plays at clubs and private events around the Virgin Islands, including last Sunday at Wet Fete on Long Bay Beach. Below are his words, condensed and edited by Claire Shefchik.

I was born in St. Thomas and grew up in Carrot Bay, Tortola. Went to school here, did all my schooling here up to high school. Growing up, I wanted to be a deejay because my father [Alvin “DJ Turbo” Dore] is a deejay, so he influenced me, and I’ve always been around music.

[The duo] Turbo Sounds was me and him together, and people used to call me Young Turbo. Then I grew up. That’s when I started thinking about changing my name, so I changed it to DJ Fireblaze. I think that’s more professional.

I used to work at the Long Bay Hotel. I drove around the cabs, drove the guests to their room, dropped off the laundry and anything else. But it’s just basically deejaying right now after Irma. It’s closed after Irma: They broke down and they had to do some renovating. They are going to reopen but they laid off all the workers. They haven’t come back to say what their plans are, but hopefully soon they will.

I was in Carrot Bay where I live right now [for Hurricane Irma]. It was really a devastating situation because people wasn’t expecting it to come so strong. All when the hurricane was going on, the house was shaking, wind tumbling, glass breaking, like the wind wanted to blow out your eardrums, you know?

I live close to the sea; you could see the water coming, rushing in like a tsunami. My whole family in the house was really traumatised.

I had some cousins living on the roadside down on the bottom, so I was worried about them because I know they had five kids in the house. We had to go down and help them through the storm. When we had a little break, we had to go down the hill and cut through some shortcuts.

We had rocks in the road and all kinds of lampposts. When we reached by the house we had broken glass, and seawater came in the house, and everybody that was inside almost got pulled back out, even the kids, so we had to go there and help them. It was something I had never seen in life.

It really changed stuff. When you come back outside you’re like, oh gosh. You see the island and you have to catch yourself. I was feeling like it was over for us. Then you have to go into starvation mode; you have to see what you’re going to eat, what you’re going to bring home for the family. We didn’t have no current; had to go hunting for gas. The road wasn’t even un-blocked yet so you had to use your two feet.

My daughter don’t live with me — she lives over in the countryside — so I was a little worried about her too: What she was up to, what happened to she, where’s the other people, you know? Three days after the storm was when I actually saw my daughter. It teaches you a lesson that you have to give thanks for what you have.

I play a variety of party places on the island. I also play for private functions, birthday parties, weddings: any kind of party if it involves music, even church events. Since Irma, there’s been less [business]. Half of the places have been destroyed; half are repairing right now. There are less clubs to play at so you have to be really good to be the few they might pick.

It’s tricky to be up to date with my music. Even if the song launches today, I want to get it today so people can hear something new, not the same old music all the time.

Every day, there’s like 15 or 20 songs that launch. People think it’s simple, but deejaying is very hard to find new artists and stuff. You really have to do your research. It’s like school: You still have to do your homework.

[In my spare time, I listen to] mostly rap, dance or VI soca, you know. I also love the Trini music. I listen to a lot of music, whether it’s old school or new school, you know. You have to promote the locals; it’s important. They’re trying to get a shine also.

They’re trying like me, so once they send me music I try to help them out. Even when I’m playing the clubs and stuff, I try to squeeze them in between the hits that everybody knows.

It’s an awesome music scene because they have a lot of music that good on the island whether singing or rapping, like Priceless, B- More, K-Ar, OG Bump, Harmony, Pepdawg, Showtime, VIBE, ABM, Drama Tyme, OMG.

I have played Antigua, Montserrat, St. Thomas, St. John, different places. But I want to put my name out there, not just on the island but worldwide: London, Japan. I want to reach those places.

I want to go on BBC and all those different shows. I am still young in the business and I still have a lot more experience to gain. I would love to travel more and experience more and see what the other people are doing. Seeing different cultures is awesome.