In their Words: Survivor’s Story

Shauna-Kay Miller is a singer and home economics teacher at the BVI Seventh-Day Adventist School in Carrot Bay. She won the 2017 Gen Y Factor competition and has been performing …

END_OF_DOCUMENT_TOKEN_TO_BE_REPLACED 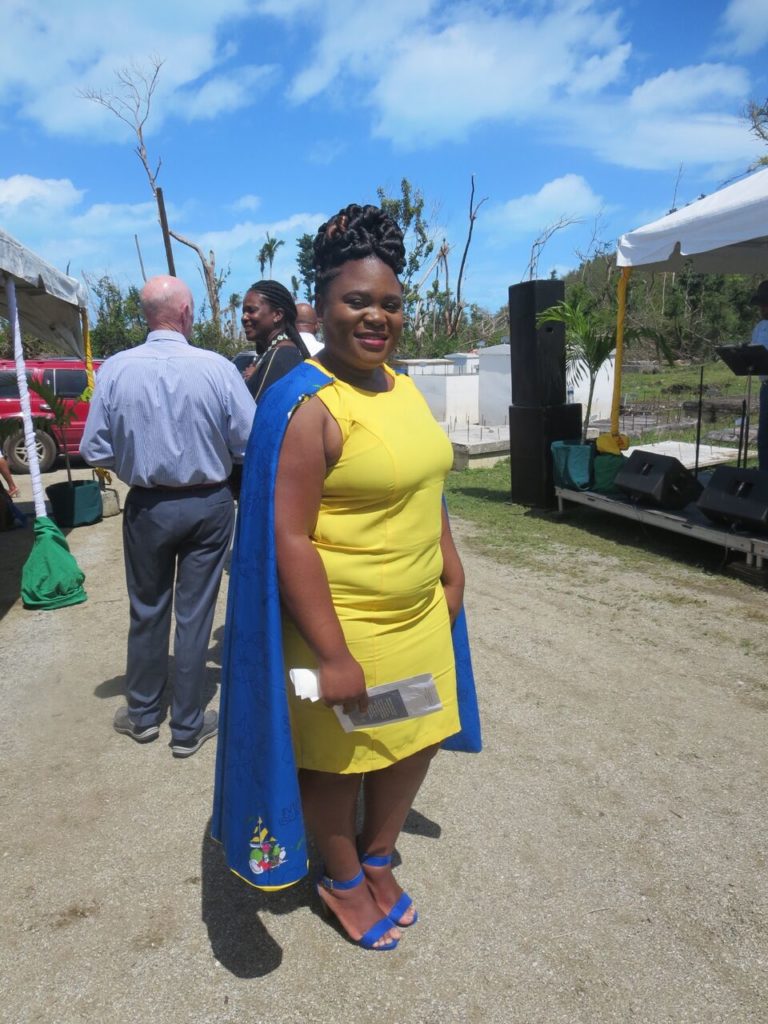 Shauna-Kay Miller is a singer and home economics teacher at the BVI Seventh-Day Adventist School in Carrot Bay. She won the 2017 Gen Y Factor competition and has been performing around the territory since then. She performed “Go Light Your World” at the 23rd annual H. Lavity Stoutt Memorial Celebration on Monday.

Gen Y Factor is a competition that was instituted by the Department of Youth [Affairs] and Sports to begin the talent of young people on the island. I heard about the competition and I decided to enter because I was within the age group. I decided to give it a shot and I won that competition. I’m very thankful for that. It has been a journey so far. I have been singing at various occasions; getting to know new persons and still getting prizes. I’m going to keep singing. That’s a part of my DNA from when I was 3 years old. I can’t stop at all. This was the first time for me at such an occasion. I am just here for about three years now. I am from Jamaica; I came here to work [at the school]. I’m enjoying myself so far being here. It has been really good.

I was here for the storms. I live in Hannahs but I stayed in Belle Vue with one of my coworkers because I decided I didn’t want to stay alone during that time. It was a shaking experience; it wasn’t a good experience. Even though nothing happened to my home in Hannahs — and thank God nothing did — seeing the devastation of the island moved me to tears. But things are picking up. I remember seeing the greens coming up for the first time and I was breathing a sigh of relief. It was like hope. And I think everyone who was here during that time saw the green grass and the trees coming back up; everybody was like breathing a sigh of relief that there’s hope after all that.

To leave or to stay

I was in between [returning to Jamaica]. Because I’m a teacher, I have my students here. The only reason I kind of wanted to go back was to take home my son. And then I was thinking of coming back. That didn’t work out there. Sometimes I did feel like leaving, honestly. It was something, I think, even people who were from here were thinking of going — finding somewhere to go — because it was devastating, you know? It was an experience, but I’m glad I didn’t leave. I have my students now who needed us, too, as teachers after all of that.

Right after the storm, we teachers went to the school and cleaned up the place. It had some damages too [and needed] a lot of cleaning. We started back October 16. The children came back to us; a lot of them had experiences to share. It’s something when you as a teacher have not fully come to terms as to what happened, and then you have to lead younger ones who still haven’t fully grasped what happened and experienced something firsthand that they couldn’t get out of their minds. So we are just taking it one step at a time. It has been good so far with the students. Things are getting very much better; things are picking up. We didn’t have any casualties at our institution, thankfully. It has been a journey. It did have some damages but not so much that we couldn’t open after. We lost actually two classrooms. We’re working now to get those rebuilt so we can have some more space in our school.

My son stayed on the island the whole time; I wouldn’t have it any other way. I’m actually thankful that I didn’t take him back home. I was in between where I really didn’t want to leave him behind and me here, he over there. I’m kind of happy that I had him with me, but as I said, it was a lot thinking. No lights? Just the destruction that you were seeing all around you — and it kind of put a damper on persons. I’m telling you. But there’s hope. We’re seeing things looking much better, and things are good.