The restaurant industry, which has been hit hard during the coronavirus pandemic, is struggling back to life as the economy reopens. But even as takeout and delivery becomes ubiquitous throughout …

END_OF_DOCUMENT_TOKEN_TO_BE_REPLACED 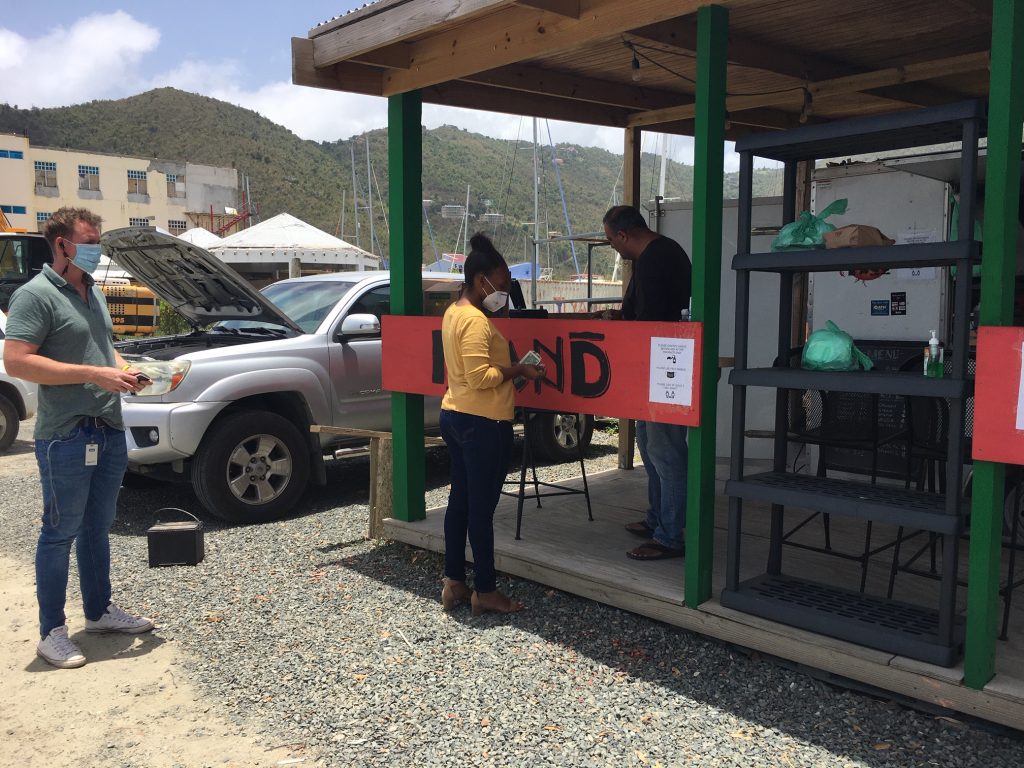 The restaurant industry, which has been hit hard during the coronavirus pandemic, is struggling back to life as the economy reopens.

But even as takeout and delivery becomes ubiquitous throughout the territory, for some establishments, that’s still not enough.

Many restaurant owners are struggling to help employees on work permits who can’t work but can’t immediately return home.

Others are finding themselves a hard sell to residents who find it easier and cheaper to cook at home at a time when funds are tight. And almost all are still being slammed by overhead and the high cost of importing ingredients and supplies.

But in an online forum hosted Tuesday by the BVI Chamber of Commerce and Hotel Association, about 15 restaurateurs rallied together to discuss solutions, even if the focus is only on survival until the borders reopen to tourists.

No one yet knows what will happen beyond June 2, when the government plans to open the borders to belongers and permanent residents, making it difficult to plan ahead.

“None of us know when the premier is thinking about [fully] opening the borders, but we’re talking about an inter-island strategy because the reality is, dollars will only circulate for so long within the internal economy,” said CCHA President of Hospitality Chaunci Cline. “But we recognise we still have to have a strategy internally and also looking towards when the borders are open or how the borders should open.”

That means reaching out to residents to encourage local tourism, but it also means working with Chief Medical Officer Dr. Irad Potter and considering guidelines from international entities such as the World Health Organisation and the Caribbean Hotel and Tourism Association to ensure that reopening is done safely, with all proper social distancing protocols in place.

“How do we safely and responsibly open for dining, with proper space utilisation?” Ms. Cline asked.

Though the government has not yet rolled out the comprehensive economic stimulus package that Premier Andrew Fahie has promised, restaurants are busy compiling their wish list.

“We know that the stimulus plan has not been presented to the public, so we are working to share with government what the restaurant sector is saying; what would be helpful and would be needed, from rolling back duties to cash assistance to other programmes that could help,” Ms. Cline said.

Many restaurants, she added, are pushing for zero-interest loans.

Ultimately, though, such solutions likely will only be BandAids, Ms. Cline said, adding that clear communication is needed from government about when the territory will be able to get back down to business.

“The short-term strategy is not a sustainable strategy,” she added. “That’s why the borders must be open at some future date and we need to know so we can plan.”

Meanwhile, some restaurants are struggling with having to lay off staff who have worked with them for decades.

Unlike after Hurricane Irma, when they could give staff blessings to go make money elsewhere, there is not much money to be made in the hospitality business anywhere right now.

That means some businesses have a humanitarian crisis on their hands, Ms. Cline explained.

“How do we feed people? How do we keep people with some semblance of hope?” she said, adding, “Some of us realise that we may not break even for a while; that there may not be a profit — but [efforts are] just about keeping people employed. This is a dramatic measure that is not just about making money.”

Currently, there are more than 200 restaurants in the territory, according to Ms. Cline.

“We may not be able to save every last one, but there are some historical restaurants, very well-known restaurants, little mom-and-pop restaurants that must survive because of the contribution that they make to the territory and
the economy,” she said.