Local News > Incinerator down as officials wait for report

Incinerator down as officials wait for report

After a fire broke out at the Pockwood Pond incinerator facility last week, officials are still waiting for a final report about damage to the machinery and what necessary repairs …

END_OF_DOCUMENT_TOKEN_TO_BE_REPLACED 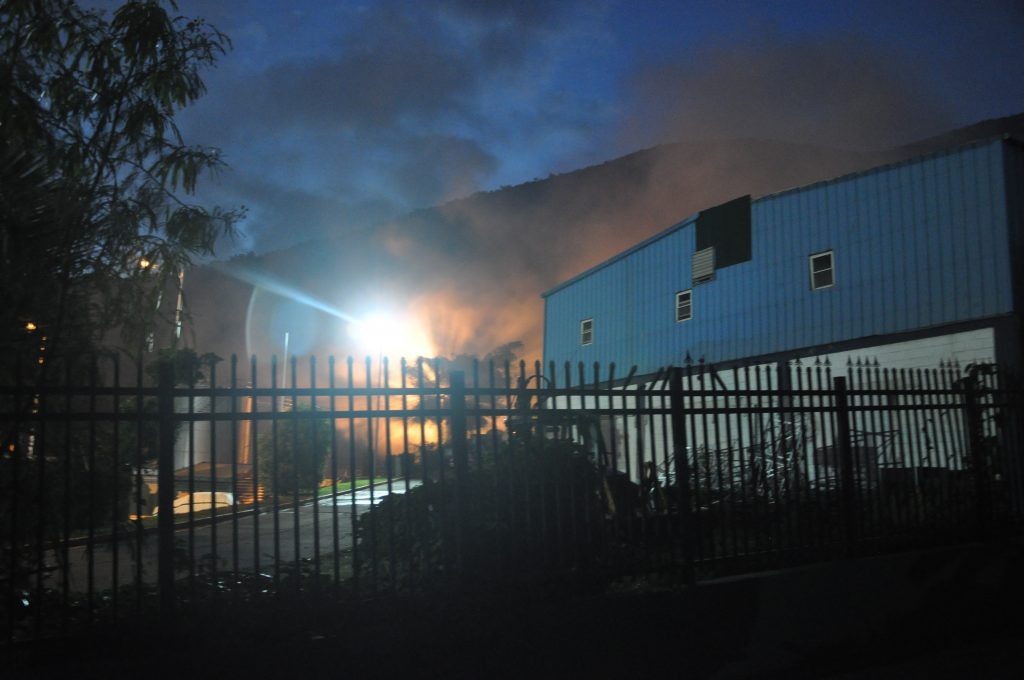 Smoke wafts from the incinerator the day it caught fire on Nov. 26. (Photo: FREEMAN ROGERS)

After a fire broke out at the Pockwood Pond incinerator facility last week, officials are still waiting for a final report about damage to the machinery and what necessary repairs need to be completed.

Marlon Penn, the newly appointed health and social development minister, told the Beacon this week that technicians from the Virginia-based company Consutech Systems LLC arrived over the weekend to conduct an assessment of the incinerator.

Mr. Penn said the central control panel of the incinerator was destroyed in the Nov. 26 fire, and that there was significant damage to electrical components overall.

The minister said he’s unsure when the final damage report will be completed or when the plant will be back up and running.

In the meantime, residents are asked to take trash to the dumpsite on the hill behind the incinerator, where incoming waste will be landfilled.

Though garbage fires have sprung up within that dumpsite several times in the past year alone, Mr. Penn said the landfill is being prepared and extended to be “more functional.”

Greg Massicote, manager of the Department of Waste Management, could not be reached for comment.

The incinerator facility caught fire around 3 p.m. Nov. 26 after a small gas tank exploded nearby, Mr. Massicote and other officials confirmed last week.

Fire officers were on the scene for about two days, and had completely extinguished the fire by last Thursday evening, Chief Fire Officer Zebalon McLean said.

In recent months, DWM and the VI Fire and Rescue Service have had to cope with multiple trash fires across at least three different islands, including one in Pockwood Pond in August.

Mr. Massicote has told the Beacon that the department is “overwhelmed” with the amount of waste coming in since Hurricane Irma.