After a fire broke out at the Pockwood Pond incinerator last week and hobbled its operations, Health and Social Development Minister Carvin Malone said in a Tuesday interview that he …

END_OF_DOCUMENT_TOKEN_TO_BE_REPLACED 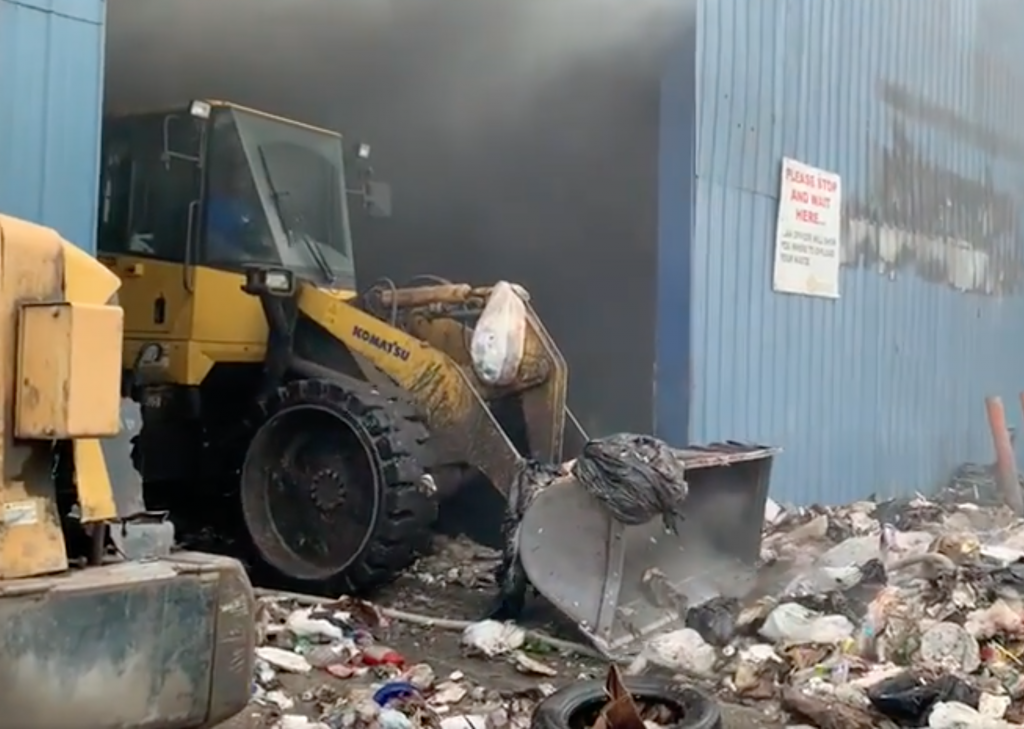 While the Pockwood Pond incinerator is shut down following a fire last week, health and waste officials are urging residents to be careful when disposing of flammable materials. All trash will be dumped in the landfill until the incinerator is repaired, a process that they said will take months. The landfill has frequently caught fire during previous incinerator closures. (File photo: PROVIDED)

After a fire broke out at the Pockwood Pond incinerator last week and hobbled its operations, Health and Social Development Minister Carvin Malone said in a Tuesday interview that he is hoping the plant will come back online within two to four months.

Although a previous fire in November 2018 shuttered the incinerator for more than a year, Mr. Malone said that waste officials and workers are better prepared to repair the plant now than they were then.

“We know what we need to do to get this right,” he told the Beacon on Tuesday.

Until then, trash will be trucked to the nearby landfill,which has often caught fire in recent years while the incinerator was repaired following previous shutdowns.

As workers repair the incinerator, Mr. Malone encouraged residents to recycle glass and plastic products and divert any materials from the landfill that could be flammable or otherwise harmful.

Anyone who needs to dispose of these materials should call the department at 468-4934, according to the press release.

While DWM employees work to repair the incinerator control and electrical panels, wiring, and conveyor belt, among other damaged areas, Mr. Malone said a British consulting company is working with the Recovery and Development Agency to determine the cost and practicality of investing in stop-gap waste disposal measures.

The consulting company, Wood Group, was awarded a $404,000 contract last August to execute a feasibility study that is expected to “provide the recommendations needed to develop the most responsible and cost-effective means to dispose of landfilled waste in the territory for the next 40   years,” according to an Aug. 19 joint press release from the Premier’s Office and the RDA.

But in light of the recent fire, the company is now considering an “intermediary process that we can use in the interim, prior to the design, supply and commissioning of the permanent system,” Mr. Malone told the Beacon on Tuesday.

It is unclear whether the existing incinerator, which has been plagued with fires and operates without a pollution-control scrubber, will continue to play a role in this planned waste management system.

Based on Wood Group’s recommendations, Mr. Malone said, “We would decide whether [the] incinerator is a best option given [the] nature of our waste, or is there another technology that would suffice.”

However, Mr. Malone declined to comment when asked about how much it would cost to repair the exist-ing incinerator or institute whatever changes the consultants recommend.

On a Tuesday night broadcast of Virgin Islands Party Radio, however, he provided another detail: Government may open a “quick bid” for the manufacture of mobile incinerators to be placed on Tortola and Virgin Gorda, he said.

Speaking to the Beacon, Mr. Malone also provided new details on the likely cause of the fire, saying it appears to have been ignited by a propane tank that was improperly discarded.

Asked what can be done to avoid such disasters in the future, Mr. Malone said his administration is looking to institute new ways of separating refuse before it is placed on “the tipping floor,” a type of surface onto which trash is laid before being lifted into the incinerator.

And if adopted, the draft National Waste Management Strategy will promote greater investment in recycling efforts while helping eliminate Styrofoam and single-use plastic, Mr. Malone said. That strategy was completed in 2019 by Swiss firm Agency for Resilience, Empowerment and Development, which was contracted the previous year.

But the public consultations on the draft plan was delayed for a year and a half due to the pandemic, Mr. Malone said during a virtual panel last April.

The public consultations then proceeded, but the strategy has not been officially adopted by Cabinet or the House of Assembly.

However, even formal adoption may not mean action: Many of the new strategy’s goals were rehashed from a similar document that was adopted in 2013 and incited little change.

Meanwhile, despite the previous government paying a $500,000 down payment to the Virginia-based ConsutechSystems LLC for a pollu-tioncontrol scrubber in 2015, the device has yet to arrive in the territory.