Local News > Incinerator part to be shipped next week

Incinerator part to be shipped next week

Repairs to the Pockwood Pond incinerator are “in progress,” and a needed part is set to ship next week, Health and Social Development Minister Carvin Malone said last Thursday in …

END_OF_DOCUMENT_TOKEN_TO_BE_REPLACED 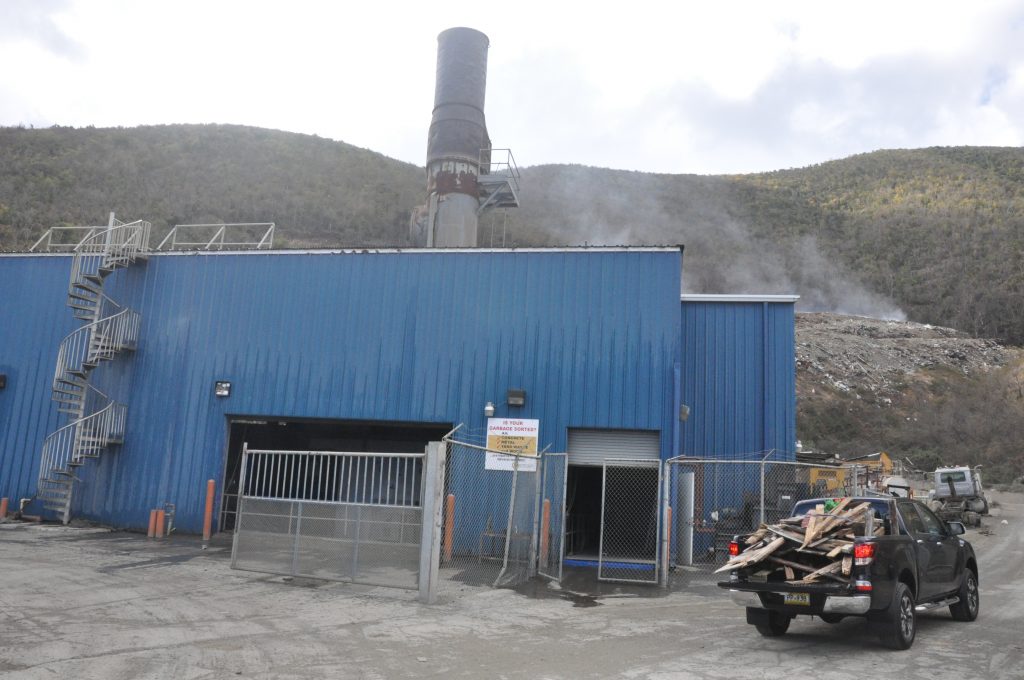 Repairs to the Pockwood Pond incinerator are “in progress,” and a needed part is set to ship next week, Health and Social Development Minister Carvin Malone said last Thursday in the House of Assembly.

During a recent trip to Washington DC, he added, he visited the plant of Consutech Systems LLC, a Virginia-based company that is currently manufacturing the needed part: a replacement control panel.

The incinerator — which Consutech manufactured more than a decade ago — has been nonfunctional since a fire last November caused extensive damage.

In April Cabinet decided to waive the competitive tender process for electrical work and a new control panel. Mr. Malone told the HOA in late July that government had signed a $192,153.60 contract with Skelton Electrical in May, and a $161,300 contract with Consutech in June, and made payments to both in July. He said at the time that he expected repairs to be completed by late September.

Last Thursday, he said that Consutech informed him that the control panel is nearly completed and will be ready for shipment by Oct. 31, and that the firm would make a field service technician available to assist in the installation.

Regarding the cost of the ongoing repairs, Mr. Malone said in response to questions from Third District Representative Julian Fraser that $292,370 has been spent so far, with $129,040 paid to Consutech for the control panel and $163,330 paid to Skelton Electrical for electrical wiring. The remaining repairs are estimated to cost $353,453, he said.

Mr. Malone went on to say a Consutech-manufactured pollution-control scrubber, which government officials have been promising for more than a decade, would be in place in the first quarter of 2020.

Government signed a $1 million contract with Consutech in 2015 to manufacture the scrubber and later paid the company a $500,000 deposit, but the device has not been delivered. Department of Waste Management officials had previously said the scrubber was not expected to arrive before the plant resumes operations.

Mr. Malone also said the territory’s waste management strategy, prepared based on local research and global best practices with the help of consultants from the Swiss firm Agency RED, would be disseminated for public feedback “shortly.”

The strategy would require and train restaurants, hotels, supermarkets, construction sites and other establishments to separate waste by type and transport it to its proper disposal site.

Asked by Opposition Leader Marlon Penn about the issue of bulk waste at Greenland dumpsters, Parham Town, Trellis Bay and Long Bay beach, Mr. Malone said that the matter would be addressed in the comprehensive waste strategy.

In the meantime, he said there is a programme in place through which trucks come two to three times a week to remove bulk waste, but as soon as they do residents continue to dump more.

“You clean it today, a barge comes in about 5 or 6 o’clock and it is there again,” he said.

He added that he has considered placing CCTV cameras on the sites, but legislation mandating stronger fines and penalties would be necessary to deter offenders.

Mr. Malone also said his ministry is in the process of clearing derelict vehicles from the storage site at Pockwood Pond and will soon begin moving cars from the sites at Sea Cows Bay, Paraquita Bay and Virgin Gorda.