Incorporations could be on track to top last year if first-quarter trends continue, according to the latest quarterly report from the Financial Services Commission. In 2021, new incorporations in the …

END_OF_DOCUMENT_TOKEN_TO_BE_REPLACED 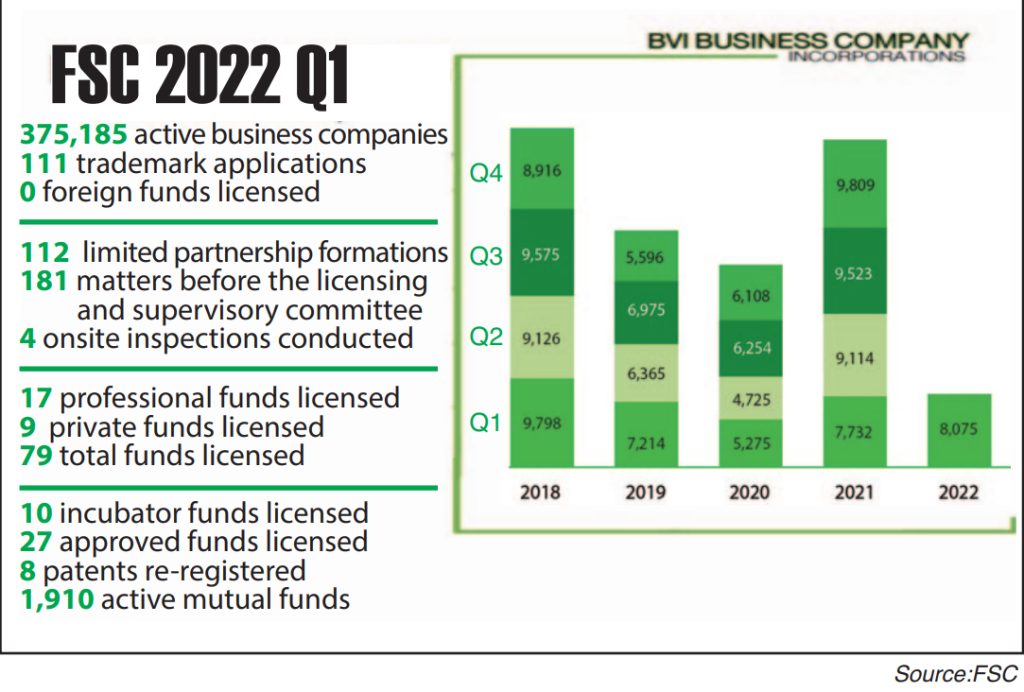 Incorporations could be on track to top last year if first-quarter trends continue, according to the latest quarterly report from the Financial Services Commission.

In 2021, new incorporations in the Virgin Islands saw their best year since 2018, recovering somewhat from a long-term downward trend for the territory’s core financial product.

The strong numbers over Q4 2021 and Q1 2022 came despite the October release of the Pandora Papers, millions of documents which linked VI structures to foreign leaders and other famous figures, painting many in a negative light.

Meanwhile, limited partnerships, which began in the territory thanks to new legislation in 2017, dropped slightly from the previous quarter, with 112 partnerships formed, a 34 percent decrease from Q4.

Meanwhile, the total number of new applications to register a trademark in Q1 2022 climbed to 111, up from 70 in Q4, indicating what could be a departure from an overall downward trend in trademark applications, which have been falling for the past two years.

Since the enactment of the Trade Marks Act in 2015, a total of 1,843 new applications to register a trademark have been filed, the FSC reported.