No one currently calls Norman Island home. Though the roughly 600-acre island has two restaurants and is visited by thousands of tourists and residents each year, none of them — …

END_OF_DOCUMENT_TOKEN_TO_BE_REPLACED 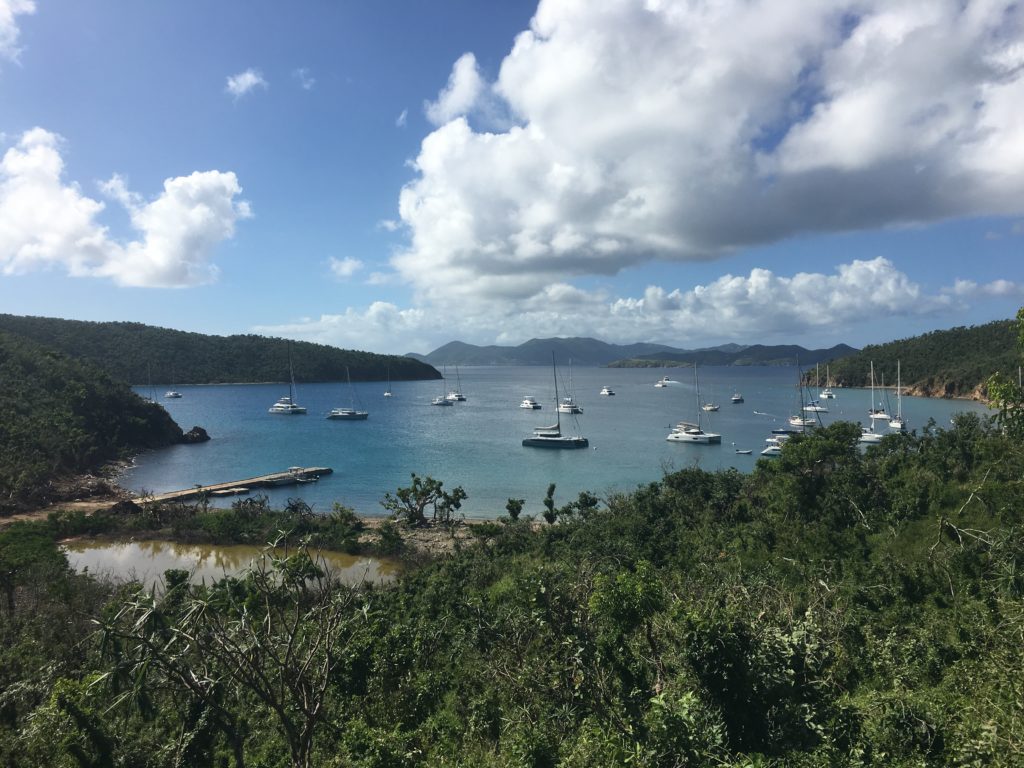 Though the roughly 600-acre island has two restaurants and is visited by thousands of tourists and residents each year, none of them — at least legally — end up staying the night on its shores.

By 2028, however, that could be dramatically different.

A decade from now, Norman could be home to a small community of permanent inhabitants and visitors, as well as host to a miniature economy complete with stores, marinas, water sports activities and maybe even a small hotel.

Norman’s owner, Dr. Henry Jarecki, told the Beacon last week that he plans to develop the infrastructure necessary to support 75 to 100 lots on the renowned tourist spot, which is long rumoured to have been the inspiration for Robert Louis Stevenson’s classic novel Treasure Island.

It won’t be a minor undertaking: Dr. Jarecki envisions the project lasting five to 10 years and costing hundreds of millions of dollars — requiring a finance banker to pool investments from hundreds of people.

It could also dramatically change the nature of the island, with the potential installation of four or five miniature marinas each capable of docking 15 to 25 boats, as well as a “welcome centre” on one of the points of The Bight, according to the New York investor.

Most of the 75-100 lots will not contain pre-assigned development — paving the way for individual buyers to construct rental homes or permanent residences, added Dr. Jarecki, who also owns Guana Island.

Though plans for the project have yet to be submitted to the Town and Country Planning Department, he did note that government has so far indicated support for the project, which he said could generate construction jobs for hundreds of local workers.

“It’s a little too early for planning approval,” Dr. Jarecki said. “We’re going to get some feedback from government on the development agreement over the next couple of months.”

Though Premier Dr. Orlando Smith (R-at large) could not be reached for comment, recent government statements seem to reflect this account.

After government denied the new Willy T anchorage off Norman earlier this month, officials released a statement noting that they had been having discussions with the boat’s owners about “new development plans for the area which would require the vessel to relocate.”

The Willy T was subsequently given permission to operate in Great Harbour off Peter Island.

Commencement on the Norman Island development likely remains about a year away, according to Dr. Jarecki.

The development will probably have an activity-oriented focus on swimming and water sports, the investor explained. It will also utilise renewable energy and likely will be off limits to cars, instead relying on golf carts — though that could change over the course of the development, he added.

A road network has already been installed on Norman for four or five years, he noted. Though the project will probably include establishing a homeowners’ association and some uniform building standards, Dr. Jarecki doesn’t envision a gated community.

“I wander around there. I run into people all the time all over the island. I wouldn’t change that,” he said.

This is not the first time Dr. Jarecki — a German-American former psychiatrist who made his fortune dealing in precious metals — has floated the idea for developing Norman Island, which he purchased in 1999.

In 2001 then-Chief Minister Ralph O’Neal stated his support for a proposal from Mr. Jarecki that included plans for a small marina, a condominium village and four to five guesthouses on Norman.

In August 2005 the owner announced that he had been working with a development team to construct a five-star resort on the island.

This week Dr. Jarecki called the current project a “bigger plan” than those past ideas.

“It’s a gorgeous island,” he said. “Until we put the roads there we really had no idea what it was like. … We got increasingly excited as we put in a whole road network.”