The territory’s procurement rules are “lacking” in areas like accountability and transparency, but the government is working on legislative reform designed to tackle this problem, Ministry of Finance Projects Director …

END_OF_DOCUMENT_TOKEN_TO_BE_REPLACED 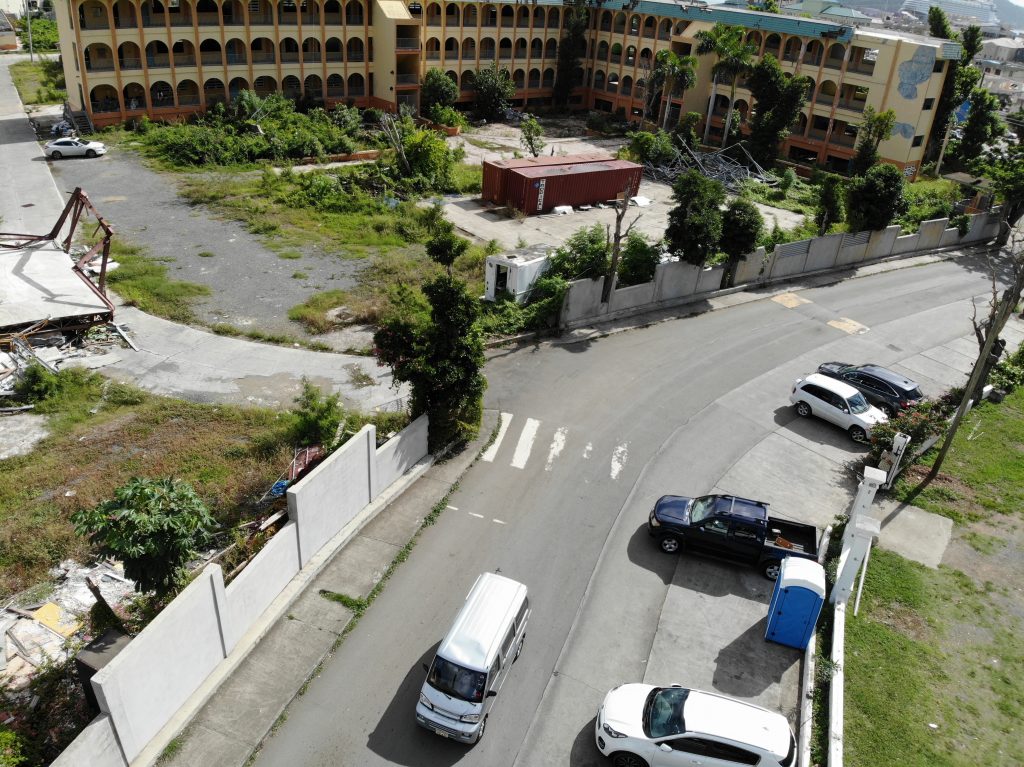 Referencing issues with the construction of a security wall around Elmore Stoutt High School, pictured above, the Commission of Inquiry sought the expertise of Ministry of Finance Projects Director Dr. Drexel Glasgow on any shortcoming in the procurement process, particularly around tendering. (File photo: FREEMAN ROGERS)

The territory’s procurement rules are “lacking” in areas like accountability and transparency, but the government is working on legislative reform designed to tackle this problem, Ministry of Finance Projects Director Dr. Drexel Glasgow told the Commission of Inquiry on July 8.

In response to questions from COI Counsel Bilal Rawat, Dr. Glasgow, who began serving as projects director in 2014, said a related bill has passed Cabinet and awaits its first reading in the House of Assembly.

One area the proposed legislation would regulate is how Cabinet decides to waive the tender requirement for major contracts, Dr. Glasgow said.

The COI recently questioned both former Premier Dr. Orlando Smith and Education and Culture Minister Myron Walwyn about the decision to not tender the Elmore Stoutt High School wall project, which ultimately cost more than $1 million, and both said it was rushed to address imminent safety concerns for students.

On July 8, Mr. Rawat asked Dr. Glasgow if Cabinet has any sort of written guidelines for deciding on a waiver, and he said no.

“There is nothing on the books currently,” Dr. Glasgow said. “We have flagged things like these, these type of what we call ‘deficiencies’ or ‘anomalies.’ We have flagged them because we have gone through an assessment, at least two full assessments, of the procurement system. We have flagged this as a red flag. … The new act, as a matter of fact, addresses the points of waivers.”

Mr. Rawat asked, “And is it the intent behind that part of the new act to reinforce that waiver of tenders should be the exception rather than the norm?”

Dr. Glasgow replied, “I would say that, yes.”

Another important component of the bill is more clearly outlining what is required for projects of varying scales, like tendering large projects, he explained.

Dr. Glasgow explained that the Procurement Unit assists the Central Tenders Board with establishing the work contracts for major projects, and the Project Services Support Unit handles projects once the paperwork is signed.

Together, he said, the two bodies make up the Projects Unit.

Generally, only a purchase order is needed to secure goods, services and works for government functions, according to Dr. Glasgow.

But projects costing $10,000 to $100,000 require “petty contracts,” and anything exceeding that cost needs a “major contract” granted through a tender process unless an exemption is approved by Cabinet, he explained.

Dr. Glasgow said a 2007 amendment to the Public Finance Management Act intended to change the threshold for major contracts from $75,000 to $100,000; however, the change wasn’t made due to a clerical error, and the legislation wasn’t corrected until 2020.

“I believe you would perhaps have to [speak] with the attorney general, but the intention was for all the numbers to be revised in that matter,” he said, adding, “I think that correction was made. It was identified and made.”

“They allow the supervising ministry to manage the progress of the works that have been agreed with the contractor,” he said. “This offers ministries a degree of leverage keeping the contractor to account based on the agreed responsibilities and scope.”

But at a minimum, he said, no payment can be made unless a purchase order is on record.

“So we think that it’s quite conservative, and it assures accountability across the board on all three, whether you’re dealing with works, goods or services,” he said. “We find that it’s more transparent and accountable to ensure that this goes across the board.”

Dr. Glasgow said the new legislation also should help clear up any ambiguity in a current passage in the act that says two or more work orders can’t be used for the same works or service.

Mr. Rawat asked, “Will the new regime avoid using sort of multiple orders as a way of getting around thresholds?”

Another issue raised in the ESHS wall questioning was the qualifications of tradespeople.

Mr. Rawat asked if contractors need a relevant trade licence for any type of work order, no matter the amount.

Dr. Glasgow responded that a licence is needed for any signed government contract, but he said that’s not always put into practice for works under $10,000.

Posing a hypothetical, Mr. Rawat asked, “If government contracts with a window cleaner for $9,999 under a works order to clean windows, is that person required to have a trade licence?”

“The practice is no,” Dr. Glasgow said.

The Public Finance Management Regulations require government officers to “get a list of prequalified contractors from the Ministry of Finance for procurement services and construction works where there has been no tender process.”

The auditor general said in her report on the ESHS wall that this never happened in the case of that project.

Mr. Walwyn told the COI during his July 1 hearing, “Certainly in practice, I don’t know if any ministry goes to the minister of finance for a list of prequalified contractors. I don’t think that happens in practice. I’ve never heard of it, and I have never seen it happen.”

A few different models for maintaining the list were tested throughout the years, “but we could never get it right,” he added.

But he said a concerted effort to update the list began after 2017, and he hoped it would be improved after passing the new act by adding information about contractors’ qualifications, successes and failures.

He didn’t know the extent to which the list is currently maintained, but he said the ultimate goal is not just to identify contractors, but also to find ways to help them get relevant training to deliver high-quality services in the future.