Inquiry team to return next week

The second stage of a probe into alleged corruption in the Virgin Islands will continue with the return of the investigative team from the United Kingdom next week, the commission …

END_OF_DOCUMENT_TOKEN_TO_BE_REPLACED 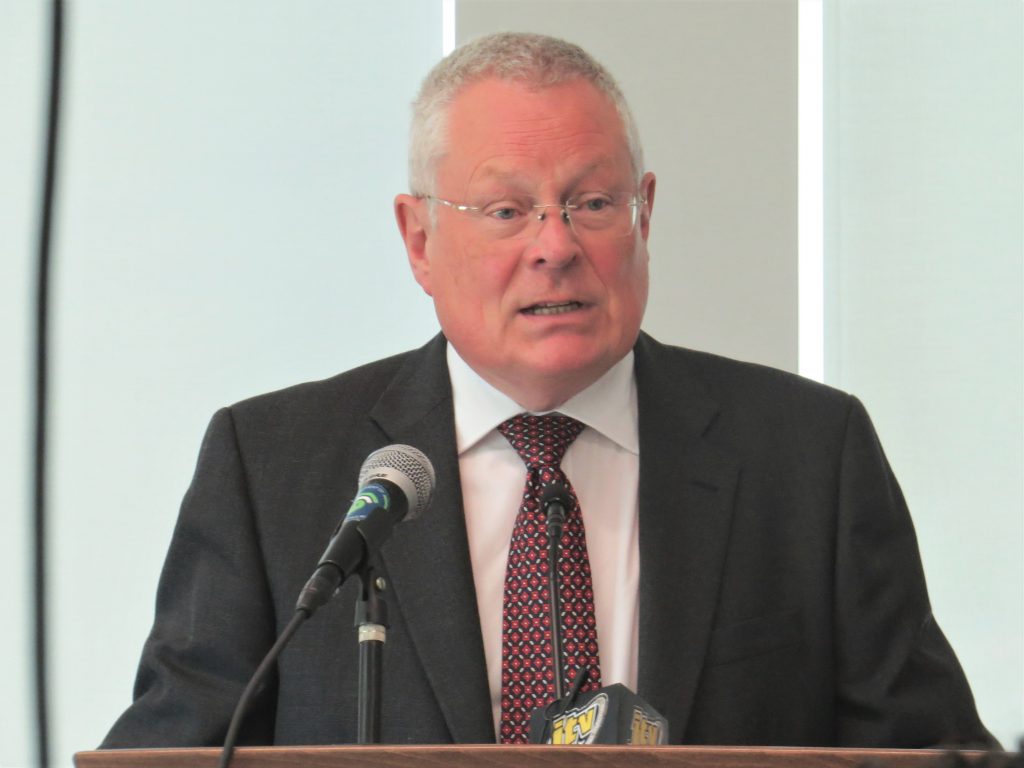 The United Kingdom commission of inquiry is scheduled to return to the Virgin Islands next week to move forward with oral testimony on alleged misconduct in the territory. Pictured above is Commissioner Sir Gary Hickinbottom. (File photo: DANA KAMPA)

The second stage of a probe into alleged corruption in the Virgin Islands will continue with the return of the investigative team from the United Kingdom next week, the commission of inquiry announced on March 22.

The team departed for the UK on Feb. 4, just 13 days after Sir Gary Hickinbottom was sworn in to head the probe.

A press release on March 22 indicated the team would return to carry on “obtaining further information and documentation in response to the information already provided by members of the public.”

However, they will first quarantine for 14 days.

“The commissioner is currently considering holding preliminary hearings in late April and early May prior to the main oral hearings,” Secretary Steven Chandler wrote in the press release. “The commissioner will publish rules to regulate the conduct and management of the COI’s hearings shortly.”

The team reported that it has kept busy while overseas: Mr. Chandler said the commission has sent more than 100 letters to VI public officials requesting documents and other information.

House of Assembly members also rushed in their sitting this month to pass a law allowing the commission to obtain information from the Register of Interests.

The Register of Interests (Amendment) Act, 2021 was passed in the HOA on March 4 and Gazetted on March 15. It permits the registrar to confidentially provide the commissioner with information from the registry, which details HOA members’ financial interests.

Meanwhile, the commission is still seeking information from the public for its investigation.

“The commissioner would like to remind members of the public, and public officers, that the BVI government Inquiry Response Unit, which has been set up to facilitate responses to requests for information made to public servants by the COI, is wholly separate from the COI,” the release state. “The [commission] is, and will remain, entirely independent of the [VI government]. Members of the public cannot engage with the COI through the IRU. If they wish to engage with the COI, they should contact the COI directly. If they wish, public servants, too, may of course make direct contact with the COI if they have relevant information.”

“If anyone wishes to meet/speak with the commissioner on his return to the islands, they should contact the secretary, who will be able to arrange a face-to-face or remote meeting (for example by WhatsApp),” according to the release.

In January, then-Governor Gus Jaspert announced the launch of the inquiry into potential corruption, political intimidation and abuse of public funds in the territory, and the commissioner must deliver his report by the end of September.