A soft insurance market in the Virgin Islands and a surge in payouts from reinsurers has led to rising insurance premiums in the territory, according to Kishma Baronville, general manager …

END_OF_DOCUMENT_TOKEN_TO_BE_REPLACED 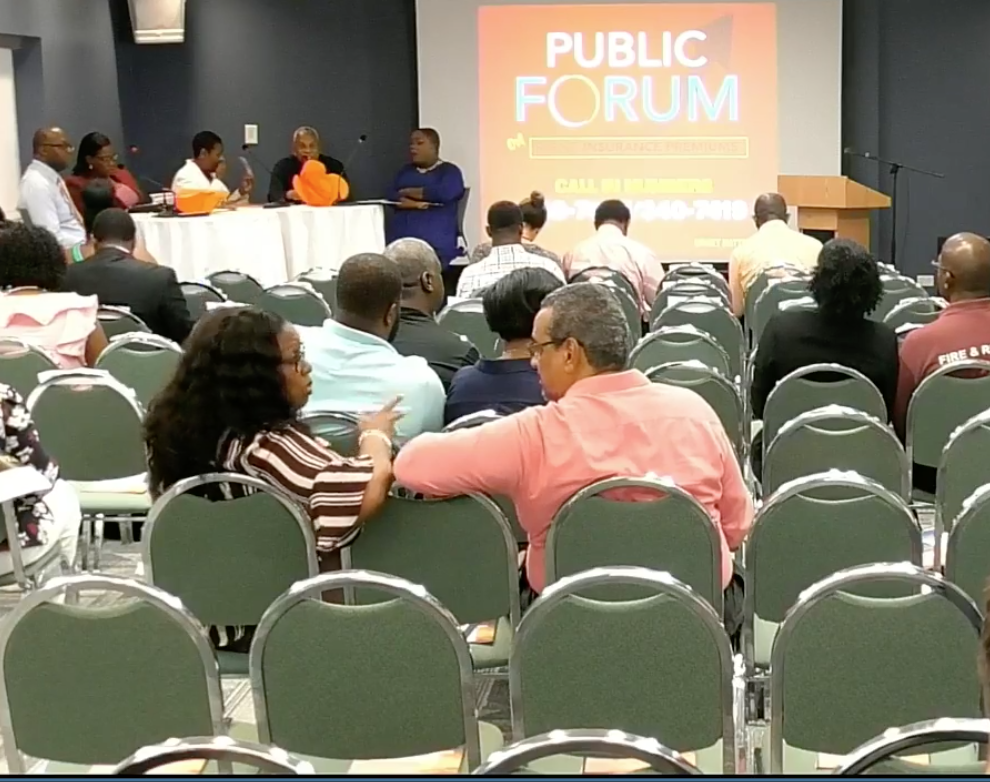 A soft insurance market in the Virgin Islands and a surge in
payouts from reinsurers has led to rising insurance premiums in the territory, according to Kishma Baronville, general manager of Colonial Insurance.

During a forum organised last Thursday by Money Matters BVI, an arm of the Financial Services Commission, Ms. Baronville explained that during Hurricane Irma the VI was a victim of its own solid track record.

“No major disasters in the BVI for over the last 15 years resulted in a soft market and lower rates compared to our counterparts in the region,” she said. Increased hurricane activity— which some scientists have blamed on climate change —may further this trend. Disasters cause a surge in payouts from reinsurers, which insurance companies in the VI use to mitigate their loss. buy in to a global pool of reinsurers,” Ms. Baronville said.

“Therefore, global catastrophes affect us all. … As a result,reinsurers have made demands for higher rates and deductibles.”

That can result in rising premiums, she explained, since insurers have to guard against future catastrophes.

Indeed, a few attendees reported that since Irma their premiums had tripled. JOMA Properties CEO Colin O’Neal,
one of the featured speakers, said he expected premiums to rise after the storms and advised his tenants beforehand.

“All of the costs are going downstream,” he added. “It will
inevitably raise the cost of doing business in the BVI.”

In the event of another disaster, he speculated, insurance
could eventually be beyond the reach of all but the richest consumers.

Rates, Ms. Baronville explained, vary depending on what
kind of arrangement an insurer has with its reinsurer. The FSC cannot regulate reinsurers, she added, as the reinsurers are regulated in other jurisdictions.

Bermuda, a British overseas territory that serves as a centre of that industry, was home to around $300 billion in insurance and reinsurance assets in 2018.

Ms. Baronville continued by addressing the issue of underinsurance. After some residents discovered that their policies didn’t cover the full value of their home, some of them — as well as some politicians — dismissed the concept of insurance as a scam.

“Like many of you here, we learned the hard way,” he said.

During a question-and-answer session, some attendees
asked what had happened to the money they had been paying regularly for years.

“To say that insurance companies have been collecting your premium for years and years and now they are increasing premiums or are not willing to pay is not exactly the entire story,”Ms. Baronville said. “We must sit down and have conversations with our insurance companies so that we understand how we individually affect the whole and how we can affect our individual risks or assets.”

The speakers pointed out that shortly after Irma, the FSC
worked with then-Premier Dr. Orlando Smith to set up a tribunal to mediate disputes between insurance companies and policyholders. As of late January, the body was reported to have resolved more than 40 claims.

The tribunal is preparing a report to hand over to the FSC,
which will contain recommendations about whether new legislation is needed to better inform consumers on underinsurance and other “fine-printed” policies, the panel announced at a January press conference.

In addition, Trevecca Hodge, acting director of the insurance division for the FSC, said the agency is “working on some changes to the legislation, as well
as a code of conduct, which will provide guidelines for the insurance industry.”

Ms. Baronville said that for their part, VI insurers are engaged in ongoing negotiations with reinsurers on various topics: how buildings are constructed; whether or not building codes have improved; inspection of properties prior to placing insurance; and collaboration with surveyors, contractors and government.

“This approach helps stabilise the industry in the aftermath of substantial losses,” she said.“It regularises premiums.”

She reminded attendees that all properties don’t have the
same amount of risk, and that variants are many, including location and proximity to the sea, construction, usage and outbuildings.

The best solution for consumers, she advised, is making
informed decisions using information that should be readily
available.

“Find out if the company is rated. What rating does it hold?
What is its reinsurance programme?”

She recommended that policyowners check the adequacy of their insurance,read the renewal letter the company sends each year, and select a trustworthy appraiser to evaluate their property’s value.

Mr. O’Neal echoed her call for policyholders to keep themselves apprised, saying that although insurance is a
complicated subject even for him, constant vigilance has been the hallmark in securing his company’s real-estate assets.

“Ours is not a set-it-and-forget-it approach,” he said. “The foundation of our approach is data. …When you have this information, you can effectively be your best advocate.”