The estimated cost to complete the Iris O’Neal Medical Centre on Virgin Gorda is some $900,000, and the facility is expected to be finished in February, according to Health and …

END_OF_DOCUMENT_TOKEN_TO_BE_REPLACED 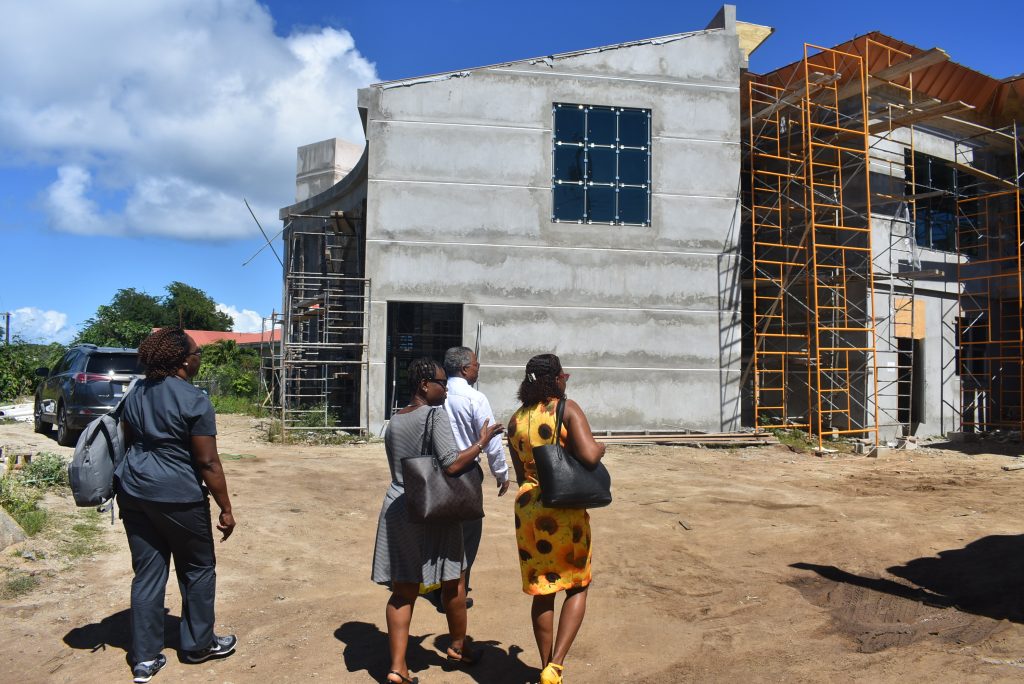 The estimated cost to complete the Iris O’Neal Medical Centre on Virgin Gorda is some $900,000, and the facility is expected to be finished in February, according to Health and Social Development Minister Marlon Penn.

The HSD Ministry had announced in October that it expected to finish the long-delayed centre in December, while simultaneously explaining that it needed $1.5 million from donors to outfit the facility with equipment.

“Phase two” construction, which involves fitting out the yet-unfinished second floor, will cost around $2 million, Mr. Penn told the House of Assembly last Tuesday, Jan. 15, in response to questions from First District Representative Andrew Fahie about the costs and timeline for the project, which dates back at least a decade.

“This project comes around every four years when it’s election time,” Mr. Fahie said. “2015 was the breaking of the ground.”

He pointed out that the initial contract was for 12 months.

“I know four years and 12 months is a big difference,” he said, adding, “We are now at the point where we’ve fi ished most of the infrastructural work with the view to hand over the project in February.”

After Mr. Fahie asked for the total amount approved for the project per year, Mr. Penn said the figures have ranged each year dating back to 2012, beginning with $3.7 million approved for a list of capital projects that included the clinic.

However, he added, “The full amounts budgeted were not expended at the end of each financial year.”

The total amount spent on the clinic so far is around $6 million, he added.
Mr. Fahie asked Mr. Penn to “confirm or deny” that it is illegal for the government to sign a contract unless the funds have been allocated to complete the project.

Mr. Penn — who was sworn in as HSD minister in November after Ronnie Skelton was fired — responded, “I’m not in position now to answer the question” and asked for more time to prepare.

Mr. Fahie persisted, saying that the government “had a 12-month contract signed, which would state that once it was signed the money is available, but the contract has taken four years. … But we know it was signed during election time, so we’ll leave it there.”