Construction is under way at some of the territory’s hurricane-damaged community centres, with an eye toward reviving activities that can take place as the world recovers from the pandemic, Health …

END_OF_DOCUMENT_TOKEN_TO_BE_REPLACED 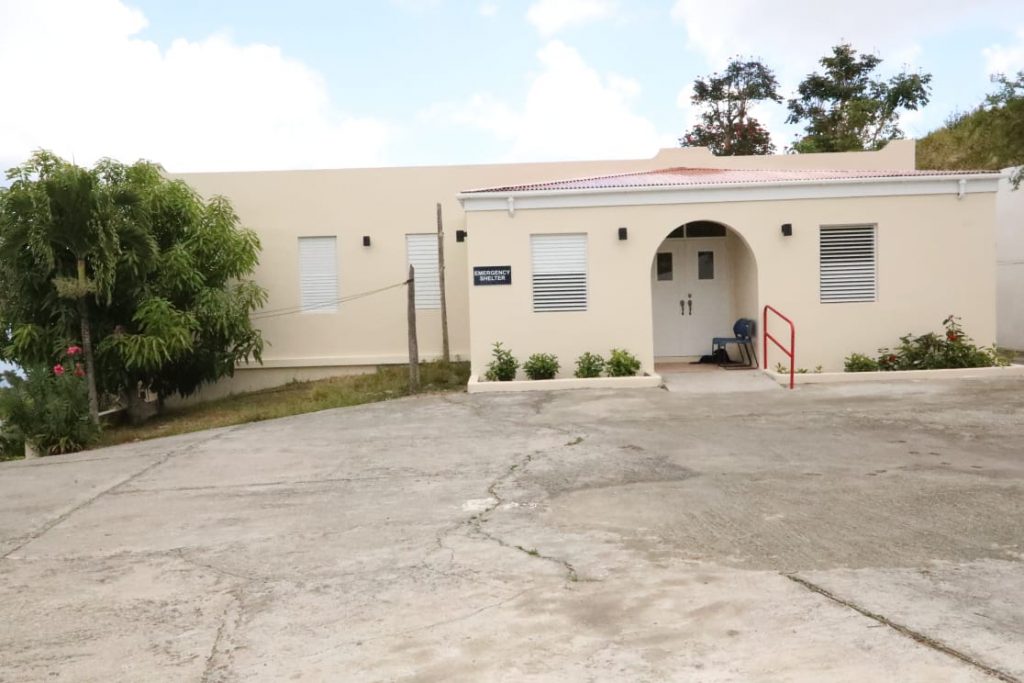 The Long Trench Community Centre, above, was among the first community centres to get repairs after the 2017 hurricanes. More work is planned there and at other centres around the territory. (Photo: GIS)

Construction is under way at some of the territory’s hurricane-damaged community centres, with an eye toward reviving activities that can take place as the world recovers from the pandemic, Health and Social Development Minister Carvin Malone said on April 29 in the House of Assembly.

“As we pivot and manoeuvre our way through the global Covid-19 pandemic, our seniors will soon be able to resume their weekly social gatherings,” Mr. Malone said.

He noted that repairs to the North Sound Community Centre in Virgin Gorda were completed in July 2020, but district residents are still dealing with the effects of the hurricanes.

“The works were slightly delayed as a result of the territory-wide lockdown due to Covid-19,” he said. “It is important to note that persons who were affected by the 2017 storms continue to occupy the community centre. According to officials at the Social Development Department, efforts are being made to relocate the individuals so that the centre could be utilised for the purpose intended.”

In November 2019, government launched the Emergency Shelter Repair Project, an initiative funded by more than $2.2 million from the European Union and coordinated by the Pan American Health Organisation to rebuild and improve the Virgin Islands’ shelter system over two years.

The upgraded shelters are designed to meet PAHO’s “Smart” standards and are to be stocked with emergency relief supplies, officials said at the time.

The work includes installing new windows and doors, repairing restrooms and plumbing systems, fixing the electrical system, and other miscellaneous repairs, he said. The project was tendered at the end of 2020, and Mr. Malone said it should be completed in three to four months. A Cabinet report from Feb. 3 indicated the contract was worth $299,853.37.

For the Brewers Bay Community Centre, the Ministry of Health and Social Development received an approved design for a new roof on April 23, Mr. Malone said. Next comes hiring a certified quantity surveyor to draft a bill of quantities. Slated work includes repairing the roof, replacing windows and doors, fixing kitchen cabinets and other millwork, electric and plumbing work, and painting, he said.

“The deputy permanent secretary in charge of community centres, together with the project architects, will continue to keep the district representative informed and will facilitate a community meeting as was hinted during the sitting,” Mr. Malone said.

Cane Garden Bay Community Centre’s priced bill of quantities reached the ministry earlier this year, he added. Government engaged 3DE Limited on April 20 to provide as-built drawings for the tender documents, which Mr. Malone said should be completed by mid-May, after which the project will be tendered.

At the Valerie O. Thomas Community Centre in Sea Cows Bay, windows were replaced early in 2020, but other repairs are ongoing.

He added that the work should be done by the end of the month, marked by a key handover ceremony.

The EU funded similar upgrades to the West End Community Centre, where crews also built a new concrete roof over the porch and new restroom on the top floor, according to the minister. A key handover is planned soon, but the date is to be determined, he added.

Purcell Community Centre is seeing the same EU upgrades, and PAHO project manager Ronnie Lettsome recently told the minister that the project will be publicly tendered this week, he said.

Mr. Malone said Mr. Lettsome expected the Anegada Community Centre works, also funded by the EU, to begin in June. Bids for the tendered repairs are due this week.

Finally, the EU-funded Long Trench Community Centre repairs are pending, Mr. Malone said, adding that the tender documents are currently being prepared with a definitive start date for the tendering process coming soon.

Government had announced in April 2019 that repairs at the Long Trench facility were “completed” following roof repairs and the replacement of doors, windows and other parts, and that it was expected to serve as a model for other centres. Mr. Malone did not explain what work would be put to tender now.