Premier Dr. Orlando Smith should stop pointing fingers and explain exactly what happened to the $7 million of taxpayers’ money paid to BVI Airways, which to date has failed to …

END_OF_DOCUMENT_TOKEN_TO_BE_REPLACED 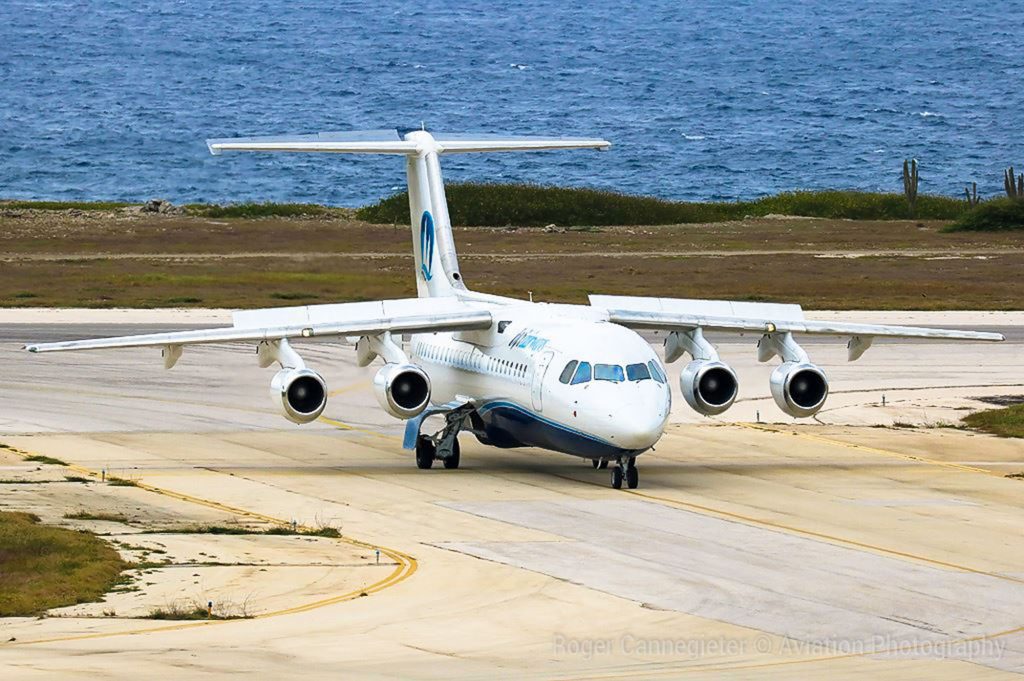 The above photo depicts one of BVI Airways’ jets at Curaçao International Airport, according to the airline’s Facebook page. The plane never operated commercial flights between Beef Island and Miami as promised. (Photo: BVI AIRWAYS FACEBOOK PAGE)

Premier Dr. Orlando Smith should stop pointing fingers and explain exactly what happened to the $7 million of taxpayers’ money paid to BVI Airways, which to date has failed to offer direct flights to the United States as it agreed to do by November 2016.

In the continued absence of those flights, it is high time for a full accounting of how the government’s deal with the airline reached this unfortunate stage.

Since BVIA officials announced widespread layoffs last July, government ministers have provided precious few answers, often responding to questions from the media and the opposition by reiterating that negotiations were under way.

In a House of Assembly meeting last month, Dr. Smith took another step in the wrong direction when he blasted Opposition Leader Andrew Fahie — and, by implication, the media and other community members — for daring to publicly criticise the government’s agreement with the airline.

Partly because of the “negative noise” surrounding the deal, Dr. Smith claimed, the government was unable to secure a needed line of credit. Thus, he explained, it was forced to pay BVIA $2 million — on top of the $5 million already paid over by then — that under the parties’ original contract wasn’t due until after the airline launched.

The premier’s accusation is disingenuous at best. As Mr. Fahie rightly pointed out in the HOA, a bank seems unlikely to base its decisions on “noise” rather than on thorough due diligence.

Dr. Smith also implied that the negative publicity surrounding the BVIA deal was unwarranted. It was not.

In fact, there were many good reasons for Mr. Fahie, the media, taxpayers and any banking partner to closely scrutinise the agreement from the start.

First, the deal was never tendered, even though the locally owned VI Airlink claimed to have offered a similar arrangement as early as 2011.

Additionally, there were red flags concerning BVIA that government either didn’t discover or decided to overlook. Documents available online, for example, suggest that three BVIA executives previously worked with a New York-based airline called Baltia, which in 27 years of existence had never flown in spite of allegedly raising millions from investors. (After the Beacon reported this connection, BVIA apparently blacklisted this newspaper from receiving press announcements and attending publicity events.)

The BVIA deal also has been shrouded in secrecy. To date, government and the airline have refused to identify investors who own nearly 26 percent of the company, and they have provided very few specifics on how the $7 million was spent.

To our thinking, then, kudos instead of censure are due to the opposition leader and others who cried foul.

Instead pointing fingers, Dr. Smith’s administration should be keeping the public fully informed as it works to hold BVIA’s feet to the fire, either bringing flights or recouping the public’s money in full even if it means a lawsuit.

To that end, some progress appears to be in the works: Last October, the government issued a breach-of-contract notice to BVIA, and since February the premier has been saying that government is consulting with the Attorney General’s Chambers on the way forward. Now, however, it is time for action.

Meanwhile, there are many questions to be answered.

Why wasn’t the BVIA deal tendered, or at least publicly announced to give local airlines a chance to throw their hat in the ring? Given the lack of a tender process, what measures were put in place to ensure that taxpayers got value for money?

Similarly, what due diligence was conducted on the airline? Did government know that three BVIA executives previously had been involved with Baltia? If so, did they take steps to ensure that a similar situation wouldn’t occur here?

Perhaps most importantly, how was the $7 million spent, item by item? How much of the money, if any, was paid out to the airline’s anonymous investors? Who are those investors, and did they profit from the deal even as taxpayers apparently lost millions?

Seven million dollars could do a world of good for the territory’s schools, clinics, libraries, sewage infrastructure, roads or countless other projects. It is simply unacceptable for so much public money to disappear into thin air.