Joes Hill housing ahead of schedule

Construction on affordable housing for first-time homeowners is set to finish 13 months ahead of schedule, according to Natural Resources, Labour and Immigration Minister Vincent Wheatley. The Joes Hill development …

END_OF_DOCUMENT_TOKEN_TO_BE_REPLACED 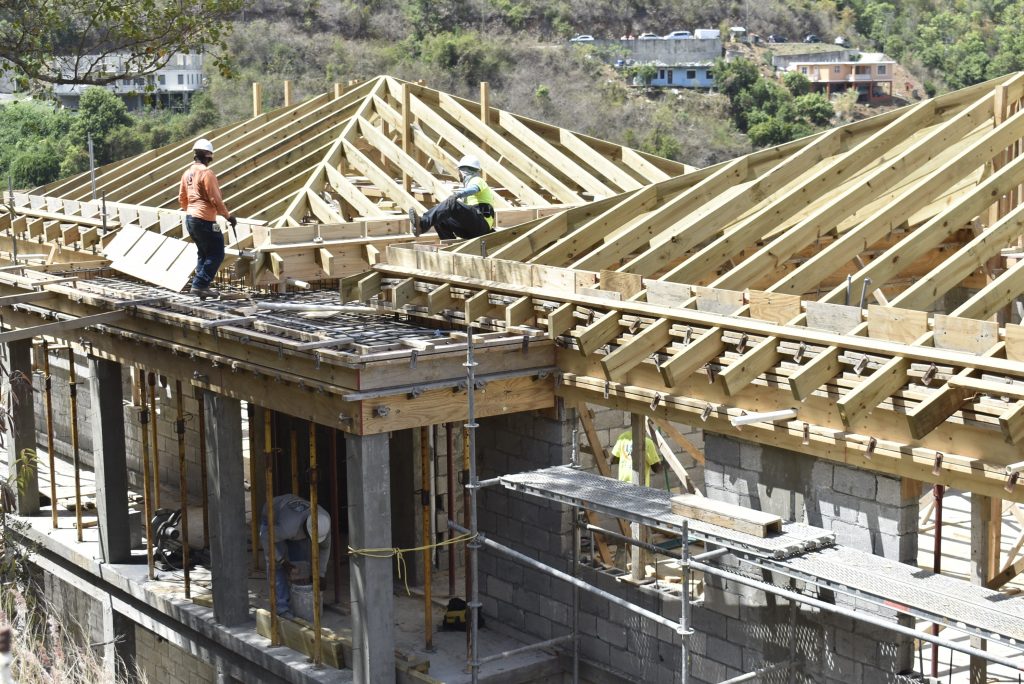 On April 20, construction workers build the Joes Hill housing development that government is erecting for first-time homeowners. Legislators said this week that prices for the units will be announced soon. (Photo: JOEY WALDINGER)

Construction on affordable housing for first-time homeowners is set to finish 13 months ahead of schedule, according to Natural Resources, Labour and Immigration Minister Vincent Wheatley.

Last May, however, the Social Security Board signed a nearly $18 million contract for the project with James Todman Construction Limited as part of a $62.9 million stimulus package designed to boost the economy during the pandemic.

Construction got under way soon after, and it proceeded when possible last year in spite of challenges brought by the pandemic restrictions such as curfews.

By February, construction had commenced on 19 buildings, and Mr. Wheatley told the House of Assembly on April 15 that the contractor anticipates works will be completed by May 31, 2022 — more than a year before the previously anticipated completion date.

The gated community includes 25 buildings with a total of 52 residential units in addition to commercial rental spaces, according to the minister.

“The contractor, James Todman Construction Ltd, is responsible for all design aspects and the construction project,” Mr. Wheatley said. “The property development component is the [Social Security Board’s] responsibility, with the project management component assigned to a third-party agency, STO Enterprises Limited.”

Budget about half spent

“The development continues to progress within estimated financial projections, with little to no expectation of incurring cost overruns,” he said.

Home buyers will have to meet certain criteria to be eligible, the minister explained: The VI, for instance, must be their primary residence, and they must be a Virgin Islander, belonger or resident of the territory for the last 20 years.

They also must obtain a certificate of completion from the Home Buyers Educational Programme, and upon approval secure a mortgage from a “local” bank, he said.

Mr. Wheatley added that an “upon-completion” appraisal was done last month, and the SSB is finalising a tender award for a surveyor to price the homes. “Once that exercise is completed, information on the pricing options for the homes will be communicated to the public,” he said.