The Recovery and Development Agency recently awarded a $65,500 contract to Amandla Engineering to supply and install a solar facility at the Jost Van Dyke Clinic by the end of …

END_OF_DOCUMENT_TOKEN_TO_BE_REPLACED 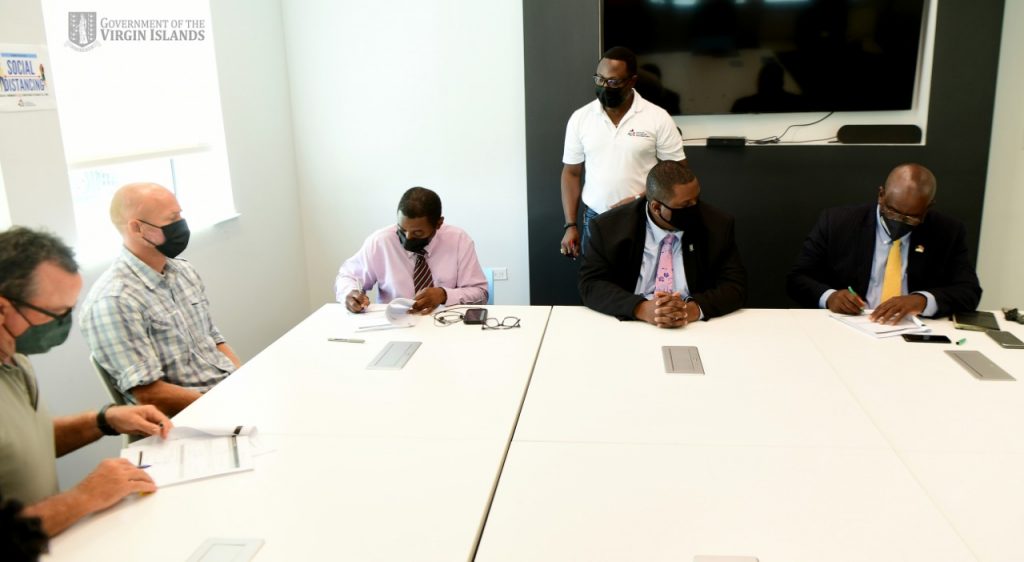 The Recovery and Development Agency recently awarded a $65,500 contract to Amandla Engineering to supply and install a solar facility at the Jost Van Dyke Clinic by the end of July, the agency announced last Thursday.

The endeavour is the third solar project funded by the United Kingdom Foreign, Commonwealth and Development Office and implemented by the RDA.

Under a contract signed on March 26, Amandla will provide a 10 KWp (DC) solar system, including a stainless-steel parking port with additional solar panels complementing those on the clinic’s roof, the RDA stated.

Governor John Rankin said he is pleased that the UK is funding the project.

“This will enable the clinic and wider community to be more resilient in times of natural disaster, as well as help reduce carbon emissions and so tackle climate change, to which these Virgin Islands are so vulnerable,” he said.

Besides the RDA, he added, the Governor’s Office partnered with the BVI Health Services Authority and the Ministry of Health and Social Development on the project.

“As the UK prepares to host the United Nations Climate Change Conference, COP26, later this year, we will actively look to identify more green projects to support,” he said.

Premier Andrew Fahie thanked the FCDO for its sponsorship, and acknowledged Mr. McMaster’s work toward helping the territory “go green.”

He added that the government has amended its legislative policies to allow for solar electricity to be sold back to the grid, and he repeated a previous promise that a planned legislative amendment will soon allow for the duty-free importation of renewable energy equipment for a specific timeframe.

Health and Social Development Minister Carvin Malone said the storms of 2017 and the pandemic offer opportunities for the territory to identify and rectify shortcomings.

“Whether it is after a storm, or during or after a pandemic, the clinic must function, so this is a fitting project for a fitting discipline,” he said.

“As much as we can, we should use solar power and the energy around us to take us off the grid system,” he said.