Local News > Jury reform is back on table after COI

Jury reform is back on table after COI

Hoping to address long-standing issues with the territory’s jury pool that resulted in legal action in 2019, Premier Dr. Natalio “Sowande” Wheatley recently introduced a bill in the House of …

END_OF_DOCUMENT_TOKEN_TO_BE_REPLACED 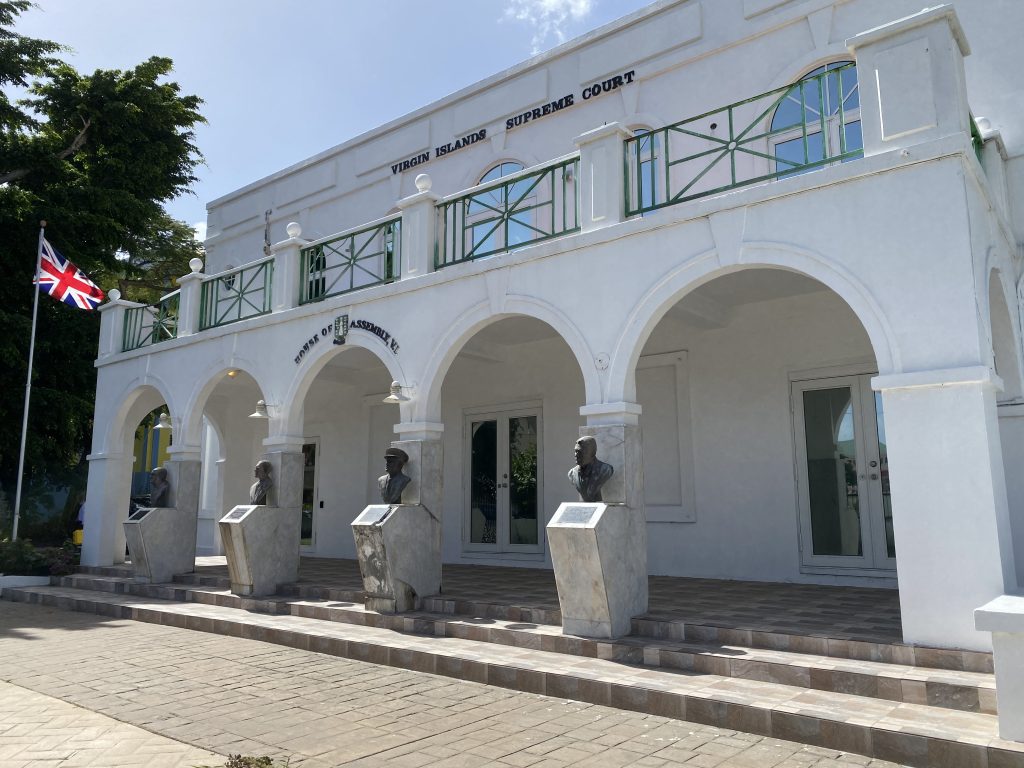 Aiming to expand the territory’s jury pool and make other reforms, the House of Assembly is considering a bill that would create a new juror database. (File photo: DANA KAMPA)

Hoping to address long-standing issues with the territory’s jury pool that resulted in legal action in 2019, Premier Dr. Natalio “Sowande” Wheatley recently introduced a bill in the House of Assembly to replace the 1914 Jury Act. The Virgin Islands Jury Act, 2022, aims to expand the jury pool and make other reforms included in the government’s framework for carrying out recommendations from the Commission of Inquiry.

Governor John Rankin said in a press conference on Aug. 10 that the Cabinet-approved bill — which was introduced on Aug. 9 and Gazetted on Aug. 12 — would help “with the size of the jury pool to ensure that the jury system is effective.”

To that end, the bill would create a “Jury Management Database” that would be published annually in order to facilitate the inclusion of non-belongers who have lived here at least 10 years.

The exclusion of non-belonger jurors in the past contributed to problems with identifying enough jurors without a conflict of interest, officials have said.

In recent decades, jury reform has been attempted repeatedly without success.

Under the Jury Act 1914, the High Court Registry is required to select eligible jurors from a list that includes non-belongers who have lived in the VI for at least ten years.

In practice, though, jurors historically have been selected from the list of eligible voters, which excludes long-term non-belongers.

In 2007, the Law Reform Commission made recommendations for reform, and legislators introduced a new Jury Act in 2009 based on its advice.

The 2009 bill would have formally required jurors to be selected off the voter list in accordance with the existing practice. It also would have made several other changes, like adding limitations on how many jurors can be challenged by prosecutors; changing the minimum number of jury candidates to be summoned before a trial; enacting penalties for missing jury duty and other misconduct; and redefining who qualifies to serve on a jury.

However, the bill didn’t pass. And although successive governments have promised since then to amend or replace the 1914 law, their plans never came to fruition.

In July 2019, the issue came to a head: Jury trials were temporarily halted after then-Director of Public Prosecutions Kim Hollis successfully challenged the jury list in High Court.

In her challenge, she took issue with the use of the voter registry to select jurors, excluding long-term non-belongers.

A judge ruled in her favour, finding that the list formerly used for jury selection was unconstitutional. A new list of jurors was subsequently created, the Deputy Governor’s Office said in early 2020. But the office declined to make the list public or say whether it includes non-belongers.

Jury trials, however, resumed in January 2020.

About two months later, the Deputy Governor’s Office announced that it was seeking to move forward with updating the 1914 law. Reform priorities at the time included the composition of the jury list, provisions for jury service, the maximum age of jurors, electronic processing of the list, and more, Deputy Governor David Archer and High Court Registrar Erica Smith-Penn said.

Still, however, no law was passed.

“The jurisdiction of the BVI is small, and finding jurors who do not know and are unrelated to witnesses and the accused is challenging,” the COI report states. “These eligibility requirements have the effect of significantly restricting the size of the jury pool. The DPP considers that the eligibility criteria should be revised, e.g. to allow those aged 18 and above and those who have been resident for five years (as opposed to 10 years) to be jurors.”

She also recommended that government agencies cross reference one another to make sure the list is complete, according to the COI report.

In keeping with Sir Gary’s recommendations, the COI implementation framework agreed by the United Kingdom and VI governments gave the HOA a July 31 deadline to consider “revisions to the Jury Act, in consultation with the governor, to increase the size of the jury pool of jurors to ensure the jury system is effective.”

This idea, too, accords with input from Ms. Scatliffe-Esprit, who recommended greater discretional power for the court to allow such criminal trials in cases of murder, gang violence and sexual offences, according to the COI report.

“She said that, in her experience, jurors were reluctant to serve when these sorts of offences come to trial,” the report states. “Under the current jury system there is no way to sequester a jury; and the DPP gave evidence of past (albeit unproven) allegations of jurors being approached.”

Related provisions were not included in the proposed new Jury Act.

It does, however, include several other provisions.

As part of efforts to widen the jury pool to include long-term non-belongers, the bill would establish a database of qualified jurors to be maintained by the Supreme Court registrar.

It would contain the “prescribed particulars” of qualified people, each of whom would be assigned a unique identification number.

To qualify, a person would have to be between the ages of 18 and 70 and be a belonger, hold a certificate of residence, be listed on the Register of Voters maintained under the Elections Act Revised Edition 2013, or be an ordinary resident in the Virgin Islands for at least 10 years.

Potential jurors could be disqualified for being unable to communicate in English; if a physical or mental condition impairs their ability to fully meet their duties; after being convicted of an unpardoned offence for 12 months’ imprisonment or more; upon declaring bankruptcy; for “having bad character;” or for currently appearing before the court in criminal proceedings.

People who fail to send requested information to the registrar may face a maximum $3,000 fine and up to two years in prison.

Under the bill, the registrar would be in charge of updating the juror list every October, which would then be published in the Gazette and elsewhere.

However, the registrar wouldn’t be working alone.

The governor would appoint six assessors to help with determining who is a suitable juror. They include the senior magistrate, the DGO’s permanent secretary or designate, an Attorney General’s Chambers representative, a Royal Virgin Islands Police Force representative of at least the rank of chief inspector, and two nominees from the deputy governor who have a broad knowledge of VI culture.

Once updated, the list of names would be coordinated with their assigned numbers, to be kept in a “separate drawer or ballot box that shall be safely kept to be used as and when required by law.”

No less than 60 numbers would then be randomly selected two weeks before the jury is needed, from whom the final nine selections would be made.

The bill was introduced on Aug. 9 for a first reading after it was added to the order paper in the sixth sitting of the fourth session of the House, which members plan to resume on Sept. 6.

After the current sitting concludes, the bill can come for second and third readings at a future meeting.