In launching the 10th anniversary collection for her fashion label Trèfle, designer Kristin Frazer took inspiration from close to home — literally. “This is why the collection is called Zion, …

END_OF_DOCUMENT_TOKEN_TO_BE_REPLACED 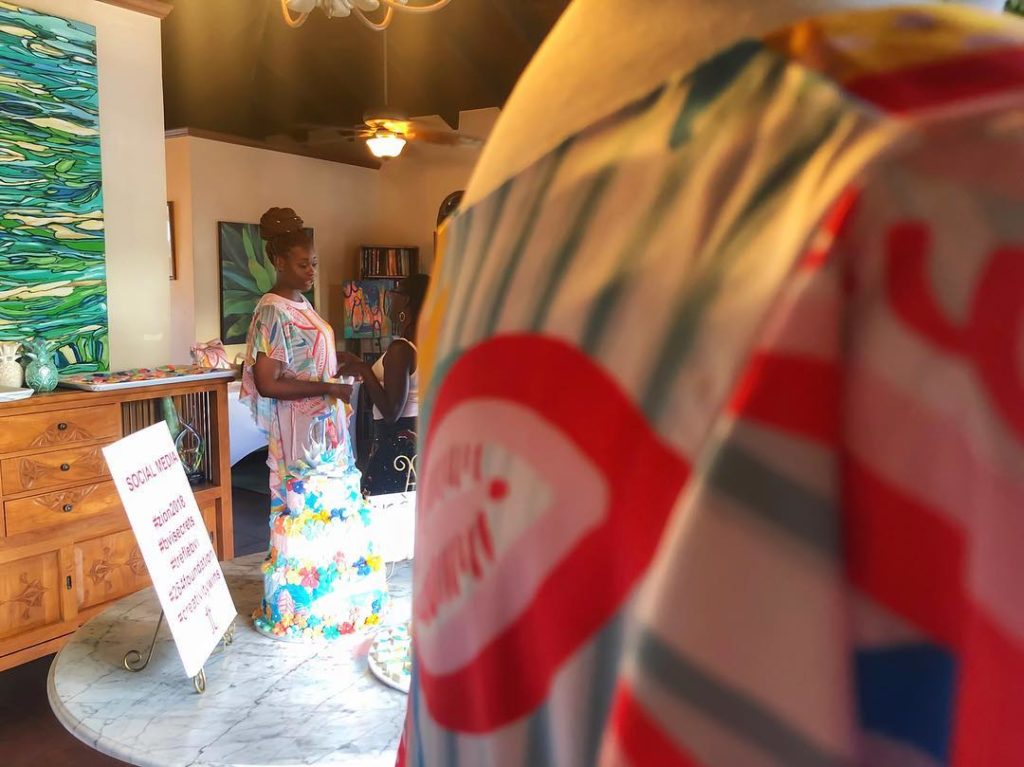 Designer Kristin Frazer prepares for the launch of the Zion capsule collection to celebrate the 10th anniversary of her fashion label Trèfle on May 12 at Surfsong Villa Resort. (Photo: ALTON BERTIE)

“This is why the collection is called Zion, the place where [I] was raised,” she said, referring to Zion Hill on Tortola.

The other major inspiration for the collection was her mother Ruth Frazer, a seamstress and interior designer.

She officially launched the collection on May 12 with a beachside fashion show at Surfsong Villa Resort on Beef Island.

“For this capsule collection, I took things back to my roots,” she said, explaining that a focus on one-piece swimwear, resortwear, eco-slippers and accessories “would complement and contrast at the same time.”

Ms. Frazer described her childhood as one “memorably filled with laughter and love.” That fun and playfulness showed through in her collection, which featured flowing caftans, oversized floral headdresses and bold colours.

Ms. Frazer grew up in a large family, who she said instilled in her a passion for design and entrepreneurship. Her grandmother, Clover Penn Anthony, was a schoolteacher and the founder of Clover’s in Road Town, and inspired the name of Ms. Frazer’s line —“trèfle” is French for “clover.”

The event also marked the launch of the 284 Foundation, the charitable arm of Ms. Frazer’s company, which was formed with the aim of nurturing creative gifts in youth around the territory and helping them “not lose their opportunities to nurture their gifts and turn their dreams into their future careers as [I] once did,” she said.

The foundation will award grants to arts education programmes around the territory, and present scholarships to ages 6-18 to help them access training, workshops and internships both locally and internationally.

The anniversary event featured international guests, includ- ing TV personalities and fashion and beauty influencers. Ms. Frazer also held a silent auction, where one of the items on offer was original artwork created and donated by Desiree Smith, chief information officer in the Department of Information and Public Relations.

The new Zion swimwear collection is available now at Clover’s in Road Town and Taino Boutique in Tortola Pier Park. The resortwear will be available in June.