Sports > Lady Wolues too much for Panthers

Lady Wolues too much for Panthers

END_OF_DOCUMENT_TOKEN_TO_BE_REPLACED 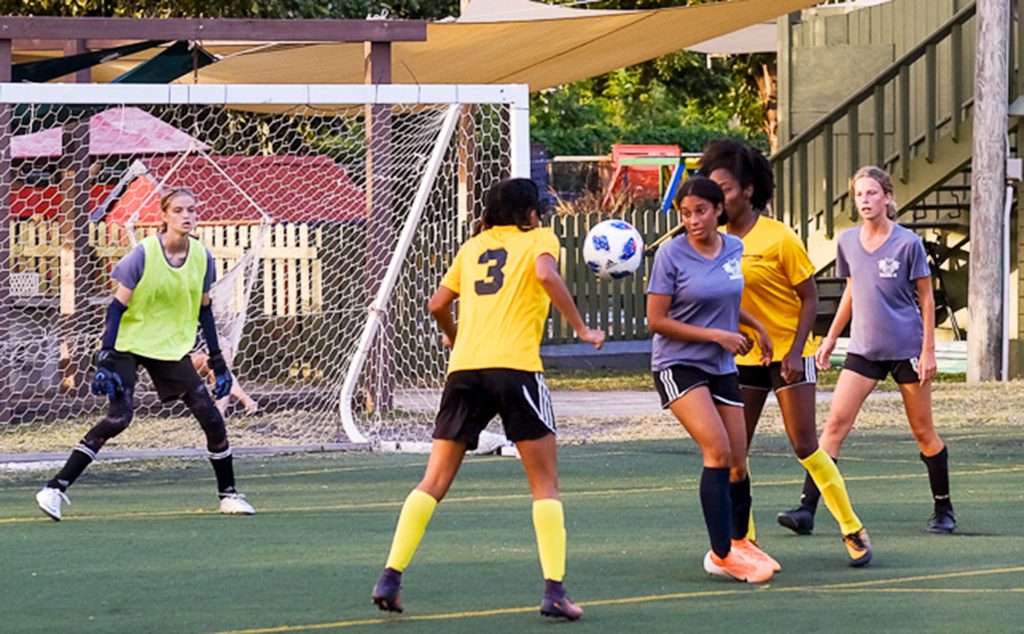 The Wolues women’s football club picked up a win in the BVI Football Association’s Women’s Futsal League after overcoming an early deficit against the Panthers on Saturday at Cedar International School.

The Wolues team is made up of several players that competed together in the Manatees Football Programme since an early age.

The team showed off its skills and composure, despite being tested by a well-organised Panthers team that took the lead in the 18th minute thanks to a Morgan Creque goal.

Tola Broderick and Darci Reich, of the Wolues, responded with goals to take the lead at the half, 2-1.

“Moving the ball through the thirds is something that coach John Reilly always preaches in practice,” said Broderick. “The Panthers were aggressive and strong, but we feel we managed, especially in the second half to play that sort of game.”

Gabi Jermyn made it 3-1 in the 26th minute, while Kiara Woodley added a fourth in the 33rd minute and Reich netted her second in the final minutes to round out the win.

“So fun to watch the girls play; lots of creativity and confidence being displayed, which is great to see” said Jessica Broderick, who is a Wolues supporters.

“It is great that the girls have a forum to demonstrate what they are learning in a practice setting,” said coach Peter Van Zoost. “It would be absolutely terrific if the girls could play each week, the early rust in the game was clearly evident from not having played since the opening weekend three weeks ago.”

Despite the loss, the Panthers coach pointed out some highlights from the game.

“We played a much better game than our first time out,” said Panthers Coach Jacintha Weekes. “We had chances to score, but both their keepers played well and we will just keep working hard in training and come back stronger.”

October 1, 2021
December 16, 2020
November 25, 2020
October 27, 2020
September 8, 2020
July 31, 2020
We use cookies on our website to give you the most relevant experience by remembering your preferences and repeat visits. By clicking “Accept All”, you consent to the use of ALL the cookies. However, you may visit "Cookie Settings" to provide a controlled consent.
Cookie SettingsAccept All
Manage consent